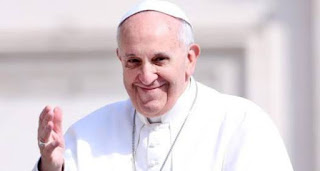 Pope Francis has officially endorsed change to the Lord's Prayer.

Notwithstanding restriction from conventionalists, Pope Francis has authoritatively endorsed a change to the Lord's Prayer in Matthew 6:13 that replaces "lead us not into temptation" with "don't give us a chance to fall into temptation."

The U.S. Catholic reports that the Vatican ordered the change on May 22 following 16 years of research by specialists who found a mix-up in the ebb and flow interpretation "from a religious, peaceful, and expressive perspective."

Pope Francis first flagged help for changing the "lead us not into temptation" some portion of the Lord's Prayer in 2017, contending that it depicts God in a bogus light.

"A father does not lead into temptation, a father helps you to get up immediately," the pope said at the time. "It is not a good translation because it speaks of a God who induces temptation.”

"The one who leads you into temptation is Satan," he added. "That's Satan's role."

Pope Francis called attention to that different interpretations had just been changed to modernize the language. "The French have adjusted the petition to 'don't give me a chance to fall into enticement,' since it is me who falls, not the Lord who entices me to then perceive how I fall," he said.

The Lord's Prayer starts in Matthew 6:9-13. The key refrain being referred to is 13, which, in the NIV interpretation, peruses: "And lead us not into enticement, however convey us from the malicious one." It is an interpretation from the Latin Vulgate, which was deciphered from old Greek by Saint Jerome in the late fourth century.

At first, the proposed change to the Lord's Prayer got blended responses from the more extensive confidence network, with most saying they confided in the pope and the procedure, the Houston Chronicle detailed.