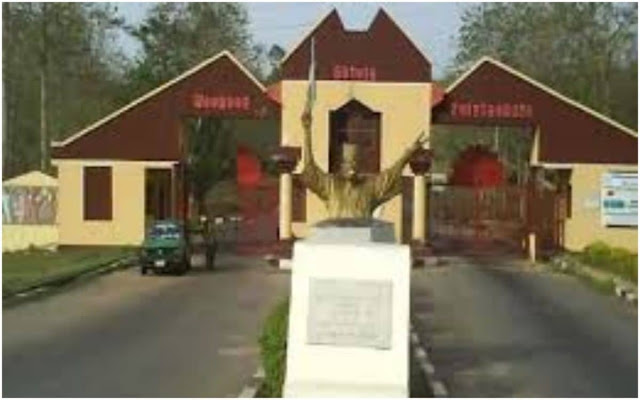 Management of the Moshood Abiola Polytechnic, Abeokuta has appealed to the 2017/2018 HND graduates of the institution to exercise patience over the delay in their mobilisation for the National Youth Service Corps (NYSC) scheme.

Kiran SSC Math’s 8900+ Chapterwise PD…
Neo joins hands with St.Petersburg St…
Trailer Crushes 20 People To Death Wh…
Four Things Jesus Says About a Discip…
Why It’s Important to Teach Our Kids …
The students, who gained admission into the polytechnic in November 2016, were expected to complete their programme by November 2018 and be mobilised for the NYSC scheme.
They were however said to be affected by the crises that engulfed the polytechnic when former Gov Ibikunle Amosun upgraded it to a university and relocated the polytechnic to Ipokia.
Lecturers of the polytechnic had refused their planned relocation to Ipokia, thereby embarking on a strike action that lasted several months.
As the new government of Gov. Dapo Abiodun came on board, academic activities were restored in Mapoly, giving the students the opportunity to sit for their final exams.
But the aggrieved graduates, some of whom spoke with DAILY POST said the management of the institution was not doing enough to release their results so as to mobilise them for the mandatory youth service.
“Since March, releasing of results and mobilization of students for NYSC have become a difficult task that students need to go spiritual before it is done,” they said amidst lamentations over the delay.
“Our parents are beginning to think we didn’t graduate. They thought we failed our courses as we have nothing to show to them that we have graduated.” Bolaji, a Marketing graduate recounted.
When our correspondent contacted the Public Relations Officer of Mapoly, Yemi Ajibola, through a phone call, he forwarded a statement wherein he said: “The crisis that rocked the institution in the last three years almost grounded the institution leading to the declaration of ‘Work to rule’ strike action by the union which made the second semester examination almost impossible.
“But the commitment and deliberate sacrifice of Academic and Non-Academic staff made their final examination possible in November 2018 amid strike and Non-payment of salaries and Allowances
“After much pleas and payment of Nov. 2017 Salaries, the strike action was temporarily suspended by the lecturers to allow for second-semester examination while the suspension of Academic activities continued till May 29, 2019, leaving backlogs of post-examination activities unattended to.
“Recently, government-approved express marking of scripts through ‘conference marking’ with payment of outstanding allowances of previous pending post-examination allowances.”
According to Ajibola, “the quick intervention of the Ogun state government to restore Academic Activities and resume payment of accrued salaries and allowances owed staff made the academic staff to resume full academic and post-examination activities.”
He added that, “the process of concluding all outstanding post Examination issues for the recently graduated 2017/2018 HND graduates is ongoing with speed and commitment and results and mobilisation for NYSC will not be delayed for one second after the exercise.”
“It is on record that Moshood Abiola Polytechnic, Abeokuta have not been delaying our students for NYSC mobilisation and will not do that for any reason with the current graduates.
“As a matter of fact, MAPOLY mobilised students in NYSC Batch ‘A’ stream 1and2,(April 2019), Batch ‘B’ stream 1and2 (July and August 2019) and as at today the institution is not having any outstanding students to mobilise for NYSC. We want to appeal to our students to exercise patience.” he stated.
However, the affected graduates swiftly reacted through one of them, Abayomi Ayobami, a graduate of Mass Communication, saying, “It saddens one’s heart to read the press release, released by the polytechnic’s PRO.
“We all know public relations is saddled on truth and truth only. So, we will like to inform the populace that no students were mobilized for NYSC as claimed by the PRO.
“He claims no outstanding students are awaiting service, he should tell us what the set of 17/18 is.”