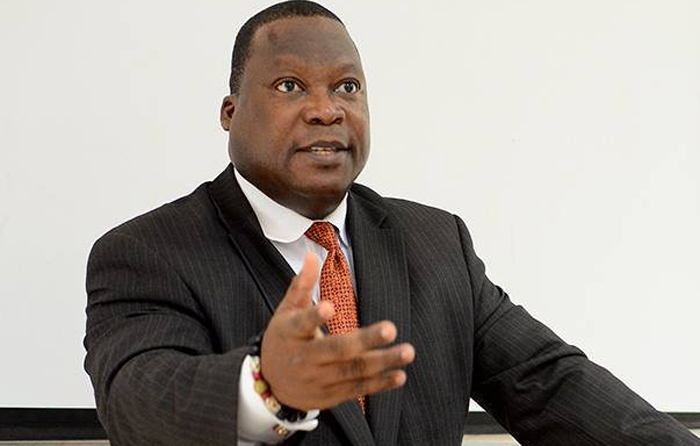 This would be the second time Philip Addison has failed to live the dream of representing his constituency in Parliament, after he lost out in the primary at Klottey Korley in the Greater Accra Region ahead of the 2016 elections.

The governing New Patriotic Party (NPP) has disqualified 15 individuals who had filed their nominations to contest the upcoming primaries in various constituencies in the Eastern Region.

Key among the disqualified aspirants is respected legal practitioner, Philip Addison, who was the lead counsel for the NPP’s presidential election petition in 2013, the Daily Guide newspaper reported Monday.

Mr. Addison was hoping to be cleared by the Region’s vetting committee, to enable him to contest the Akuapem North seat currently being held by the NPP’s Nana Ama Dokua Asiamah Adjei, who is also the Deputy Information Minister.

But the vetting committee, headed by Deputy General Secretary, Nana Obiri Boahen, did not recommend his candidature for the April 25, 2020, primary. This is because “he hasn’t nurtured the party in the constituency,” the newspaper quoted Regional Secretary of the NPP, Jeff Konadu Addo.

It is the second time Mr. Addison has failed to live the dream of representing a constituency in Parliament after he lost out in Klottey Korley in the Greater Accra Region, in the 2016 elections.

Another aspirant in the same constituency, William Agyei Twumasi, was not passed for the election.

The Bursar of Presbyterian College of Education is alleged to have used the party’s logo for his own health insurance arrangement other than the National Health Insurance one.

It leaves Nana Ama Dokua Asiamah Adjei as the sole candidate going into the primary in Akuapem North for now.

They are Ernest Adade Owiredu, Kudjoe Amegah Kafui, Eric Agyarko and Dr. Benny Frank. They are alleged to have ganged up and their supporters had invoked curses on the regional executives over speculation that they were going to kick their preferred candidates out of the contest.

In Atiwa West constituency, Dr. Owusu Akyem, who had aimed to unseat the incumbent, Kwasi Amoako Atta, Roads and Highways Minister, could not make it past the vetting.

Drama unfolded at the vetting of Frank Mireku Ahemah, who was eying the Abirim constituency seat. He was arrested by police allegedly for defrauding someone to the tune of GH¢5,000.

An aspirant, Captain Moro Sakyiama Yakubu was also disqualified because he was said not to be forthright with the documentation he submitted.

According to the Regional Secretary, Captain Yakubu presented documents to claim he built a school in the constituency but when he was asked to show proof, he told a different story.