Jennifer Aniston and Brad Pitt got together online for their table read of Fast Times At Ridgemont High and images from the session debuted on Monday. 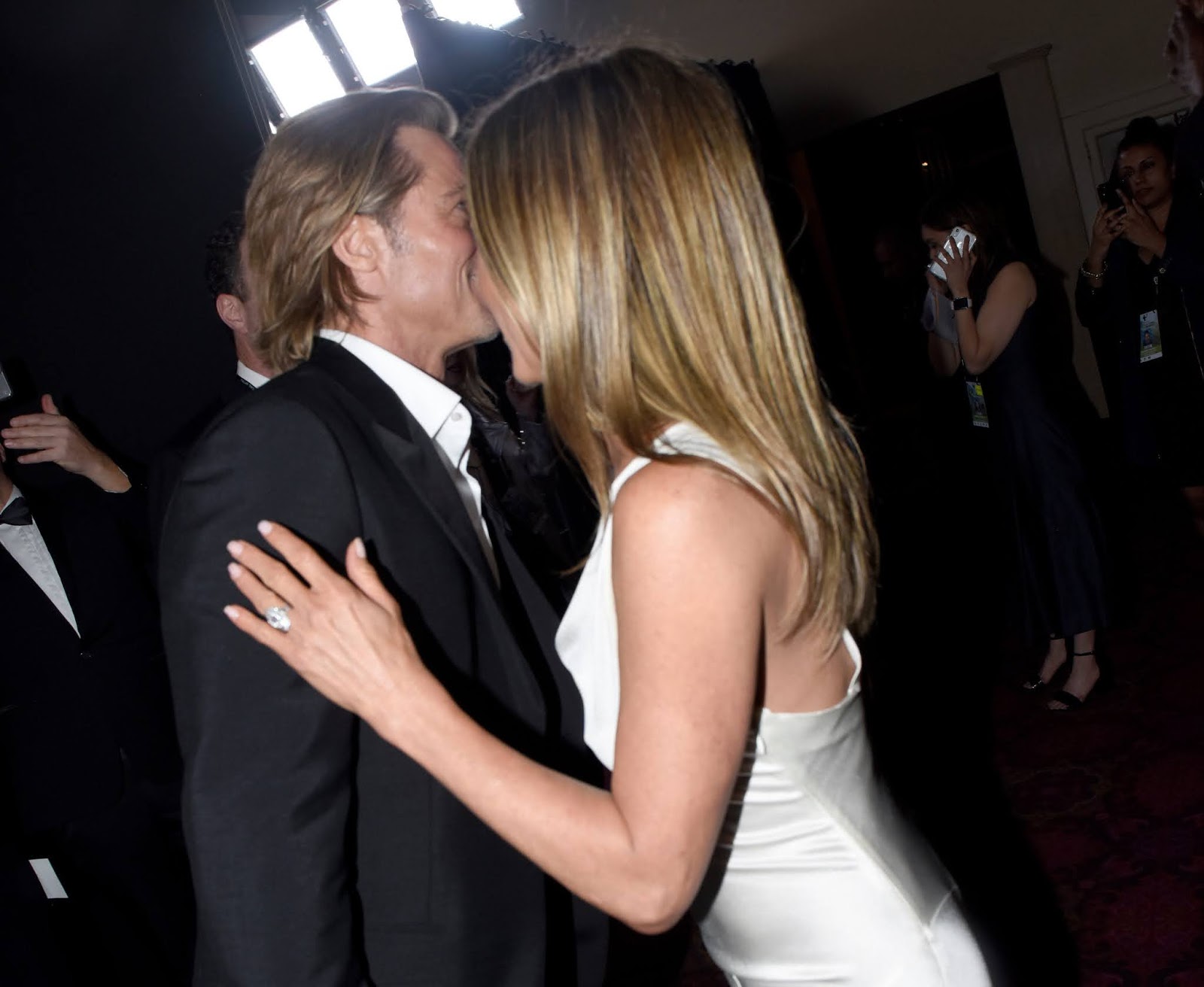 This is the first time the ex spouses have been seen together since they said hello to each other backstage at the Screen Actors Guild Awards in January - he won for Once Upon A Time In Hollywood and she got an away for The Morning Show.

The 50-year-old blonde beauty and the 56-year-old veteran movie star - who were married from 2000 until 2005 - both beamed during the charity event which will air on September 17.

Jennifer looked far younger than her years with her blonde hair worn down as she sported a fresh tan with a dark, sleeveless top.

Brad had longer than usual blonde hair, a slight beard, and a green top as he resembled his scruffy image from his hit film Legends Of The Fall from 1995.

The former power couple famously worked together in 2001 on the episode The One With The Rumor for season eight of her hit TV series Friends.

Aniston and Pitt seem to have become friends again since he split from his second wife Angelina Jolie in 2016.

Last year, Pitt made an unexpected appearance at Aniston's 50th birthday celebration. Aniston had invited him, and the two reportedly had a significant chat, though she cut it short to allow other guests to spend time with her.

He is currently reportedly romancing model Nicole Poturalski with whom he has been spending time in France and Berlin.

Also on the Fast Times live read was Dane Cook, Morgan Freeman, Henry Golding, Shia LaBeouf, Matthew McConaughey, Jimmy Kimmel, Julia Roberts, John Legend and Ray Liotta. Pitt's friend Sean Penn, who was the star of FTARH, was also on the screen. The film came out in 1982 and was an instant cult classic. 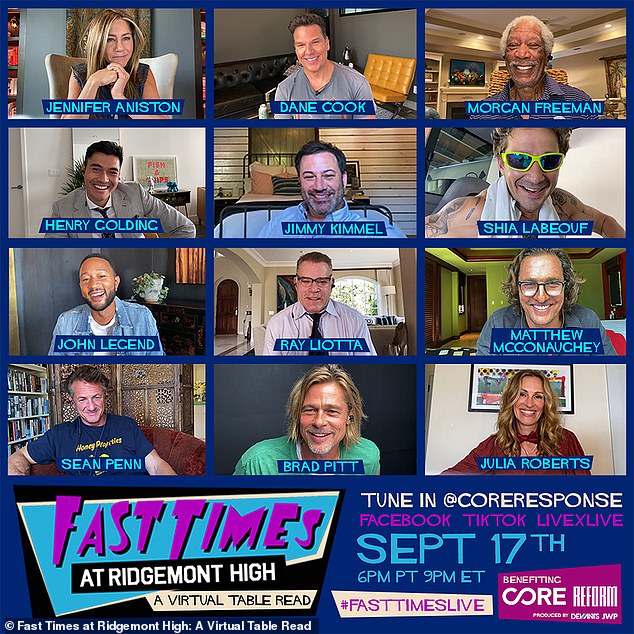 The table read was supposed to air on August 20 but was pushed to September 17.

In August Cook said it was Aniston who made the live read star studded. He told Extra the Friends veteran was the first star to sign on for the live table.

'I think Jennifer Aniston was lovely and the first person to say, "I’m in," and then it just started to rocket after that,' said the 48-year-old Employee Of The Month star.

The stand-up comedian then added: 'We started making phone calls. I think Jennifer Aniston was lovely and the first person to say, "I’m in," and then it just started to rocket after that.'

'You haven’t even heard all the names. In the next 24 hours, your mind is going to be blown!' On Friday more stars will be announced.

The live virtual table read Dane Cook Presents Feelin’ A-Live Fast Times at Ridgemont High, which is sponsored by SnackPop.com, will debut on Friday, August 21, at 8 p.m. ET/5 p.m. PT on Facebook Live and TikTok via CORE’s official Facebook page and TikTok account. It will also stream via LiveXLive.

Cook, who's appearing in the read, will also present the reading.

'On behalf of our dedicated team at CORE, I’m so appreciative of the support Dane has given and continues to give to our work,' Penn wrote in a press release.

'I'm always game for a giggle. So to gather remotely for a night of laughs with so many talented folks while providing CORE with much-needed resources to continue our vital work — then consider us fully onboard to play!'

Penn has stayed mum on which character he'll play in the table read, though he has confirmed he won't be reprising his star-making turn as Jeff Spicoli.