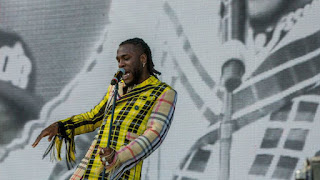 On Saturday, April 13, 2019, Burna Boy performed after Ariana Grande, Khalid, Bad Bunny and Pusha T in the early hours of Monday, April 15, 2019 and it was streamed live on the Coachella YouTube page.

Rakuten Wallet Announces Preparation …
Beautiful Celebrity Couple Pics
Today I am thinking about who I am wr…
How to battle decreasing Testosterone
Rainbow Mountain Tour From Cusco (The…
Like Eazi, who was also subject to a Youtube Spotlight Artist Burna was backed up by a live band and a selection of male and female dancers. He was also dressed in a yellow multicolored, customizable Kenneth Ize trench coat and white trousers, presumably styled by his sister, Ronami Ogulu.
While on stage, Burna performed a selection of smash hits like, ‘Ye,’ ‘Dangote,’ ‘Tonight,’ ‘Killin Dem,’ ‘Soke,’On The Low,’ and others. During the performance of ‘Killin Dem,’ he thrilled the crowd with some impressive Zanku moves.
You can watch the performance below;
The second leg of Coachella holds between April 19, 2019 and April 21, 2019 at Empire Polo Club in Indio, California.