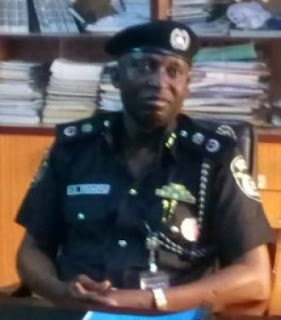 Edo State Police Commissioner, Mr. Hakeem Odumosu, has confirmed that a Police Sergeant Monday Ehijie, who was killed over the weekend in Benin, is a cultist.
Ehijie who was attached to the Chairman of Ipoba-Okha Local Government area of Edo State, was reportedly killed in a cult war with two others yet to be identified.
The victims were alleged to have been killed in a reprisal attack by a rival cult group.
Our correspondent learnt that the Officer was killed at Namayo Junction, Upper Sakpoba area of Benin metropolis.
It was gathered that the deceased police officer’s parents had been warning him to stop his cult activity even after becoming a police officer but to no avail.
A source said “the fight was between two rival cult group, the officer was fighting with his group and after the fight, the rival group traced him to Namayo junction and shot him and the two others dead.”
The State CP, Odumosun, while confirming the incident, said that it was a cult killing and that the deceased police officer was a cultist.
“It was alleged that the officer belonged to a cult group, he was fighting on the side of his cult group with rival cult group. That was what led to his death. Three people lost their life in the fight, the police officer and two other.
“I have gone to see his family. It is a cult-killing and the officer is cultist,” he said.
He said efforts were on to arrest the killers, warning that cultist would have no hiding place in the state.