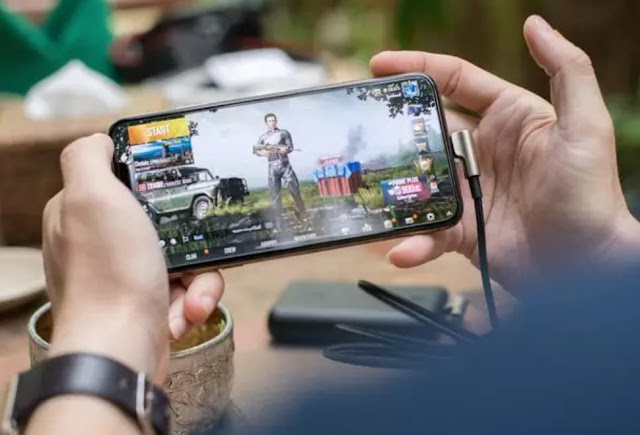 Although a lot of people would enjoy playing games on their consoles or PC, not everyone has a high-end PC or an expensive console. Now that everyone is inside their homes waiting for COVID-19 to die out, the gaming industry is experiencing a surge. Not only that, but Mobile gaming is also at an all-time high right now.

As mentioned above, not everyone has a PC or a console. This fact is where mobile gaming benefits from. In today’s time, it’s a rare sight for someone not to have a smartphone. With almost everyone owning a phone, it’s only a matter of downloading the games that other people want.

With Mobile Games, you’ll be able to play with your family and friends much easier. You also don’t have to worry about queuing in lobbies waiting for other players. Mobile games have a much deeper player pool than most online games. Although some might argue that mobile gaming is just for casual gamers, games such as Mobile Legends prove otherwise.

In the past, big-name PC games like Starcraft, Dota, and Counterstrike were the only games that received a fair amount of attention in tournaments and viewership. Today, several mobile games are being freely streamed, with viewers numbering in the thousands. To commemorate the meteoric rise of mobile games, here’s a list of some of the best games today:

For one, BeatX has over 100 songs to choose from. You won’t get tired from the limited songs of older rhythm games. You can also even use a custom song of your own choice in BeatX. For some who want to relive the nostalgia, BeatX’s got you covered. A neat feature of the game allows players to connect a controller or even a dance pad via Bluetooth.

As mentioned earlier, Mobile Legends: Bang Bang is one of the most played games today. Mobile Legends is a MOBA or a Multiplayer Online Battle Arena. Although Mobile Legends or ML for short isn’t the first of its kind, it has similar elements with other popular MOBAs such as Dota and League of Legends.

With over 94 heroes available for picking, ML’s gameplay is continually evolving. ML’s popularity is making waves in how eSports is being viewed. As a testament to its popularity, ML, along with other games, were included as medal events in the 2019 Southeast Asian Games held in the Philippines.

Dynamix is another rhythm game that brings a nostalgic arcade experience to the mobile platform. Instead of conventional gameplay and rhythm game formats, Dynamix has a triple-dropping design that makes players feel as if they’re composing a song.

The soundtrack of Dynamix is also impressive, boasting a hundred tracks coming from South Korea, Hong Kong, Taiwan, and Japan. You’ll be sure to have a lot of fun with this game as you wait out the pandemic.

Old but gold. This phrase is what sums up Angry Birds. When it was released, a lot of people were immediately hooked. The title itself held intrigue for a lot of people. Why would birds be angry in the first place? As people downloaded the game, they quickly shared the anger of the birds in the game because of the antagonist pigs.

Angry Birds was a commercial success that drove countless people to play it for hours. The aim of the game was to use a bird and slingshot them to a structure that had the pigs in them. Each level often presented different challenges, often with the number and kinds of birds you had.

Each miss would make players hear a burst of audible laughter and grunting from the pigs as if mocking the player. This noise would end up firing up gamers, making them try harder to hit those annoying pigs. Truly, Angry Birds is one of the best games to have ever been created for the mobile platform.

Almost everyone enjoys playing PUBG on the PC. Due to the success of the game and the constant demand, Tencent Games finally released a mobile port of the game. Although some might consider PUBG Mobile as a watered-down version of the PC game, it retains all the fun and excitement you’d get.

Aside from being free, PUBG Mobile also had features that make it more fun than the PC version. First, PUBG Mobile has an auto loot feature that allows gamers to play faster. The game also has an aim assist feature. Aim assist is a unique feature in most mobile shooter games, which slightly increases a player’s accuracy when shooting.

With a lot of free time to spare nowadays, you can spend it playing mobile games. The games mentioned above are a whole lot of fun and will keep you from getting bored. What are you waiting for? Download these games and have a blast!