What are the Pros and Cons of having a Cell Tower? 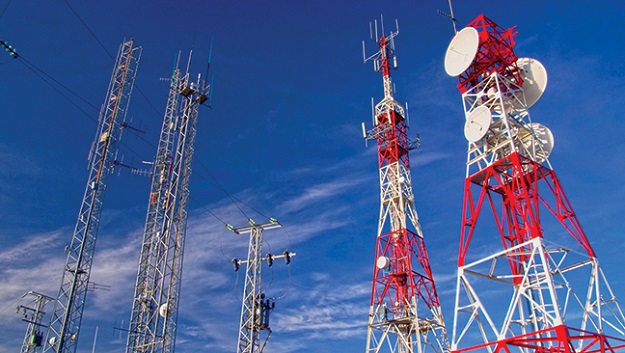 If you're a property owner who's noticed numerous cell towers recently being built in your area, your land could also be a potential candidate for a cell Tower site.
For landowners considering having one on their land it's essential to know what a cell tower is and what are the pros and cons of having one.

5 Simple Ways to Spy on Android Phone
Get Managed IT Services in Plano Toda…
Hired an Autosleeper Duetto
#PrideMonth
Thor, the archetype of the epic hero …
What is a cell tower, and why is it important?
A cell tower or cell site is a cellular-enabled mobile device site containing electronic equipment and an antenna, typically built as a tall structure like a tower its purpose is to provide network coverage to mobile phone users in its vicinity.
Supply and demand for coverage will depend on the area and its subscribers to cellular services, subsequently affecting how much a cell tower Lease is worth.
However, as supply and demand have continued to increase throughout the years due to newer 5G networks, more and more property owners have enjoyed the additional income that a cell tower brings.

Pros of having a cell site

It's a good source of revenue

If you happen to own a commercial building, you may not realize how well rooftop sites typically pay. The prioritization of rooftop sites in metropolitan areas is mainly due to the high population of inhabitants requiring adequate cellular coverage.
A premium rooftop site in NY Manhattan, for example, brings in as much as $4,000 a month.
For landowners located in rural areas, unfortunately, the rental income generated from a cell site on average isn't as high as a rooftop site. However, it is still a good investment where you can receive a substantial amount of revenue every month over a long duration.
Another perk that landowners have is the lack of start-up costs when investing and receiving an immediate income stream right off the bat. Landowners wishing to maximize their potential earnings long term could benefit from hiring a cell tower consultant during negotiations.

Residential tenants living in an apartment you've rented out and a wireless carrier occupying your cell tower will differ substantially. Although both fit the description of being residents, a wireless carrier will require less time and effort to accommodate.
As Wireless Carriers maintain the area they lease, the costs of construction for their infrastructure is paid for by them.

You have better cellular coverage

If your cell site is in demand, you will likely have multiple interested wireless carriers eventually occupying your cell site. Cell sites accommodating more than one carrier is particularly evident in areas where cell-site land is in demand but are in limited supply.
As a result, landowners wishing to sell their lease can gain leverage during negotiations, allowing them to choose a lump-sum for payment.
A higher number of buyout offers brought to the table creates a competitive bidding scenario amongst buyout companies, resulting in Landowners receiving the highest offer from its bidders.

Cons of having a Cell tower

Cell tower lease agreements that provide rent over thirty years may seem profitable, but there may be repercussions to having such a prolonged duration.
Landowners cannot predict a cell tower's value for the future because of its ever-changing landscape.
It's certainly possible a cell tower could lose its usefulness over time due to a gradual decrease in cellular demand in the area, and at worst making the cell site obsolete.

Wireless carriers often gain the upper hand in contract negotiations by implementing a Right of First Refusal (ROFR) clause.
When wireless carriers implement a contract's ROFR clause property owners attempting to sell their lease agreement are not only required to give adequate notice to the carrier but also inform them the amount that was offered for their lease.
Wireless carriers can then match or exceed offers from companies specializing in cell tower lease buyouts. This clause can potentially stop new offers from third parties, decreasing how much you could possibly earn from the lease.

Landowners wishing to have a cell tower on their land could unknowingly reduce their property's value. Cell sites situated near residential areas could dissuade people from moving in as many believe cell waves contribute to adverse health issues.
Furthermore, your cell tower may be deemed as visually unaesthetic, sticking out like a sore thumb for residents.
You may also encounter opposition within your area, namely your neighbours who don't appreciate the construction of a cell site in close proximity to them.
An increase of vehicular and foot traffic, i.e. service trucks and cell tower engineers on your property will most likely annoy residents.
When selling your property, all of these issues could impact the value of your property if fewer buyers are interested.

What are the Pros and Cons of having a Cell Tower?