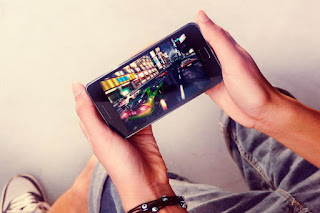 One of the best things you can do on a desktop PC is playing incredible games. Whether it’s World of Warcraft, Fortnite, or Call of Duty, you’ll be sure to have a fun time playing. Another way to play games is through consoles like the PS4 and the Xbox. These consoles also have exclusives that aren’t available for PC or any other platform.

When it comes to gaming, you’d expect that handheld devices such as smartphones come in last. However, more and more people are realizing the fun that these games on these devices bring. Just like consoles, smartphones also have games that are exclusive to them. Due to the exclusivity of games, a lot of people stay with their preferred platforms. However, can PC players enjoy games that are for mobile or consoles?

You’ll be surprised to find out that the answer is yes. By using emulators, it’s possible to enjoy all of your games, whether they’re consoles or mobile phones on your PC. Didn’t we mention that the PC is the best device to play games? Now before you download emulators, you should know which are the best. Here’s a list of five of the best gaming emulators available:

When you want to enjoy mobile games on your PC, BlueStacks is the best emulator you can use. It’s one of the best free emulators for android in the market, and a lot of people are using this reliable software. The android emulator is currently based on Android Nougat.

The reason why most people prefer BlueStacks over any emulator is that it rarely has compatibility issues with Intel or AMD. This fact means that you can run almost any game using any GPU you prefer without worrying about performance and compatibility. The emulator also has a wide range of features such as multi-instance, key-mapping, and a dedicated gaming engine.

Although Remix OS isn’t exclusively for gaming, we had to include it here due to the outstanding stability it has. Instead of being an exclusive emulator, Remix OS is actually an OS that needs to be installed in another partition or location on your PC.

Using Remix OS may sound tedious at first, but using the OS can provide that smooth Android experience on your PC. When you want to play games and use apps for productivity, you can be sure that Remix OS won’t let you down. Best of all, Remix OS is free. It’s currently based on Android Marshmallow.

Remember all the classic Playstation games like Crash Bandicoot, Final Fantasy, Spiderman, and Gran Tourismo? Now you can relive those memories by playing these awesome games on your PC. With ePSXe, you can play virtually any PS1 game released. You can even play games that didn’t see a full release, such as games from Japan.

ePSXe is relatively simple, with its setup process being close to automatic. All you need is to click next, and the program does everything for you. Although you can play using your keyboard, it’s more fun when you use a controller. You can use a DualShock 4 PS4 controller to play your games and add to the nostalgia.

Although we said that the PC is the best device to game with, smartphones have their advantages. This fact now leads us to the question: “Can I play past games from the game boy and other consoles?” The answer is still yes, and it’s because of emulators. My Boy, in particular, is an emulator for mobile phones that allow users to play classic Nintendo Gameboy games like Pokemon, Kirby, and Mario.

Tencent has its own emulator, aptly named Gameloop. This emulator is focused on gaming and has fantastic features such as an anti-cheat system. For those unaware, Tencent is the same game company that released mobile versions of PUBG and Call of Duty. Gameloop is one of the best emulators out there, especially if you play the mentioned games.

When it comes to gaming, the five emulators mentioned above are the best. Using emulators is a great way to enjoy games, even if you’re on a different platform. Just make sure you map out the controls properly, and you’re all set!