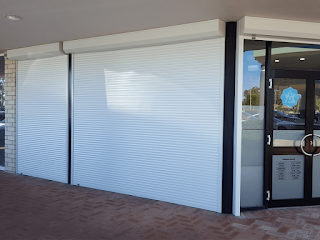 Over the past few years, roller Shutters have grown in popularity because of the benefits they offer homeowners and businesses. They add flair to a space and protect both buildings and people from extreme weather conditions.

Manual shutters are a popular choice for commercial use because they are inexpensive. They also require very little maintenance. The only time and money will be spent on oiling these shutters to keep them opening and closing smoothly over time.
Automatic shutters, on the other hand, have a higher price point and more maintenance costs, but require much less manual labor to operate day-to-day. These shutters can also be powered by solar energy to cut down on operating costs.
However, buyers should allow plenty of time for installation. Unlike manual shutters, the automatic shutters require electrical wiring and specific alignment.

Built-in shutters, as the name suggests, are installed inside doors or windows.
Built-on rolling shutters are easy to install. Their rails and shutter boxes are evident on the structure as they’re installed on the surface.
Most of you might think the appeal of your commercial space will be reduced after installing these shutters. But modern-day built-on rolling shutters are designed specifically to add more charm regardless of their visibility.

If you have a smaller commercial space, then a push and pull rolling shutter is the perfect option. They can be installed easily and require minimal maintenance.
This is one the most simple and basic types of rolling shutters. But they offer excellent protection in all kinds of weather conditions. Most often, they are installed in garages and retail shops to protect the interior space.
Push and pull commercial rolling shutters, however, are available in a variety of sizes and provide complete protection.

A grilled rolling shutter is installed in areas that require top-class protection and ventilation. These are perfect even when you want the option of being able to see outside.
These rolling shutters, as the name suggests, are grilled so that you are offered both ventilation and see-through vision.
To offer more strength and stability to the structure of this rolling shutter, additional stiffeners are added to its lower end.

Side folding rolling shutters are often used in hospitals, schools, churches and most commonly in malls and other retail spaces. They allow customers and visitors to look inside a space without having direct access. And when it comes time to open the doors, they can simply be slid along a track and tucked out of the way and out of sight.

Select The Best Shutters For Your Business Today

Rollac Shopguard Shutters can add value to any commercial space. After considering your primary needs, look at the functionality, cost, and value of each of these types of shutters to make the best selection for enhancing and securing your business.