How Many Types Of Apple Products Are Available? 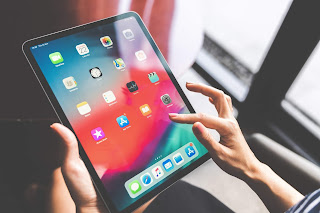 Do you know how many other Apple products are available apart from the MacBook, iPhone, and iPad?

Well, Apple is known for its innovation and creativity, but it's innovations are not limited to phones and computers.

So, let's check different types of Apple Products are available for purchase and resell.

Apple MacBook is one of the most popular and most used products in the Apple community. It was somewhat a combination of Powerbook and iBook.

The original MacBook was introduced in the year 2006 and was the initial series of Macintosh family. They were entry-level computers and laptops that replaced the iBook series.

MacBook (initial series) was discontinued in 2011 for consumers and in 2012 for educational institutes.

First MacBook Air was introduced back in 2008 and is still around in 2020. It was lined up above the Macbook (initial series), and prices were reduced after a few iterations.

It was the thinnest version of Apple notebook before the introduction of MacBook Pro in 2015. It was initially introduced with a 13-inch screen. Later in 2010, a model of the 11-inch screen also gets introduced around 2011 which sold until 2016.

After 2018, it went under a major design change and came in effect with the introduction of a headphone jack and two USB-C/Thunderbolt 3 ports.

MacBook Pro is considered to be the higher-end computers and laptops. MacBook Pro was introduced back in 2006 and has been around till now.

They are available in two different sizes -

Apart from the screen size, the 16-inch model was introduced with a lot of feature enhancements. Some of them are -

iPhone is one of the most sold products of Apple. It was a smartphone series introduced in 2007 and runs on the iOS mobile operating system.

It was introduced as a game-changer in the mobile industry.

iPad was first introduced in 2010 and soon gained popularity across the world. They were the compact version of computers and laptops and also known as tablet computers.

It runs on iOS and iPadOS, which are mobile operating systems and offer many features similar to the iPhone. Apart from these features, it also offers gaming features, GPS, and social networking.

iPod was introduced back in 2001 and was like a revolution in the music industry. It was introduced as the portable pocket media player or multi-purpose pocket computers.

Because of the introduction of the iPod, the Macintosh version of iTunes was launched eight months after the launch of the iPod.

iPod was not only used as an external storage device but also let you transfer music, videos, photos, contacts, etc. via iTunes.

Apple TV was introduced in 2007. It was developed as a micro-console and digital media player.

It is an entertainment device that receives digital data for audio and video content including video, audio, video games when connected to any type of screen device such as TV, LED, etc.

It can be connected to a high-definition display television with the help of HDMI cable and can be controlled by a Siri Remote or Apple Remote.

Apart from the above, there are more products that Apple offers.

It has stores in many cities across the world and vendors are authorised to sell apple computer, iPhones, iPads, Apple TV, and other popular products.

One of the best things about Apple devices is they have high-resale value. That means, if you wish to resell your Apple product and purchase the new version, you can enjoy buyback benefits offered by Apple.

Apart from the Apple store, you can also find other services and vendors who offer similar services when it comes to reselling an Apple product.

How Many Types Of Apple Products Are Available?