What Is A Back-End Developer and How Does It Work? 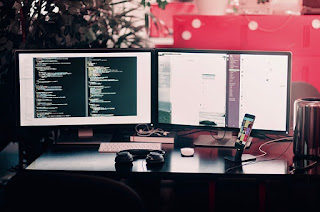 What is Back-End Development?

What is a Back-End Developer?

A back-end developer is a programmer who develops and maintains the server and database of a web application or website. Back-end developers create effective and efficient codes/programs using several programming languages, including Java, Python, Ruby, and PHP, that executes at the quickest.

How To Become a Back-End Developer

Being a back-end developer is not an easy task at all; it requires a lot of effort, time, and patience. If you are learning back-end development, you get acquainted with several programming languages and a server-line framework that gives you a significant boost in your career.

But If you are not a Computer-science degree holder, you can go ahead with these in-person back-end courses available online such as:
However, in-person boot camps aren’t cheap but cost less than a bachelor’s degree in Computer-science. These boot camps allow you to interact with peers and an instructor, unlike other online classes.

A back-end developer works with:

A back-end developer must have a good knowledge of various DBMS technology. SQL, Oracle, MongoDB are widely used for database purposes. They also need to understand the cache mechanism, including Redis, Memcached, and Varnish.

A back-end developer should have exposure to handling server-side frameworks like IIS servers, Nginx, Apache, and Linux.

A back-end developer knowing APIs is an add-on. API stands for Application Program Interface. Basically, API is a set of routines, protocols, and tools for building software applications.

Back-end development is a sublime field if you are interested in programming and have the skills to write efficient code. If you are a newbie in the development world, you can take up any online certification course that will help you to understand the back-end process.

What Is A Back-End Developer and How Does It Work?