Top 5 Devices To Use And Enjoy Plex Effortlessly 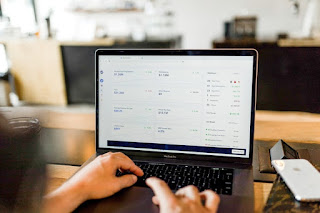 When it comes to the Plex server, users are given a considerable number of options for devices in which it can be used. But as we all know that with too many choices, you become too overwhelmed and confused.

Well, don't worry. We are here to solve this issue of yours and provide you with the list of best devices that can be used for the plex server. So without further delay let’s start digging in.

The highlighting feature that you can get by using the plex media server in a desktop is power. With high power capability, this streaming server will be able to work without much of a hassle.

If you are someone that has too many people in the group who access your plex simultaneously then desktops are the ultimate choice for you. A mid-spec computer can even handle the wide variety of features that a Plex has to offer.

Plex servers tend to draw in a huge amount of power and for which CPU is recommended for its seamless function. This power if not sufficed then the server would fail to transcode videos and also would not be able to handle multiple users.

Even though laptops fall in the list of devices for the use of plex, it is not highly-suitable for its usage. Since the reason above is enough to put this device in the not-so-much recommended list.
Although it is quite convenient for users for running the server on a laptop. The ancient model of laptops is not at all suggested for plex.

Since the end of the Plex Media Center app, plex has not been much of a use in Android-powered devices except for the Nvidia Shield. The Plex and Nvidia Shield partnership has enabled them to play the role of a Plex media server.

Both the regular and Pro version of Nvidia Shield have USB ports that can be connected as an external hard drive easily. There is no need for transferring the movie library to the device.
However, one demerit that this Android device faces is it is not capable of handling large-sized libraries.

NAS Drives are the recommended device for the use of Plex by the company itself. For the users who wish to access the content of the Plex remotely, the NAS Drive is the ultimate choice.

NAS Drives have customized versions in the market as well from Netgear, Synology, Drobo, Seagate, etc. But before you run to the stores to purchase one, certain things need to be considered. For instance, the NAS Drive would require a x86 CPU to run.

Low amount of power consumption, cheap price and decreased running noise are some of the benefits of using a Mini PC. There are tons of Mini PCs available in the market at a variety of price ranges and specs.

Enjoy streaming media with a plex server. Boost the server's functionality with the list of the above-mentioned devices. You will be amazed at how these devices pair up well with the plex media server to give you flawless media streaming service.

Top 5 Devices To Use And Enjoy Plex Effortlessly