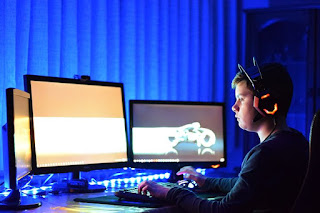 There is no greater joy for gamers than putting their headsets on and playing their favorite game for hours on end. As the internet has become almost ubiquitous, most of us like to lobby with other players and play online as it adds more to the gaming experience. In this post, we’ve listed some of the best online games ever made based on their popularity. The list includes game types from favorite fighters to FPS games and some of the latest console titles and much more.

When compiling this list, we didn’t use some fancy algorithm or a time-tested formula. Instead, we simply skimmed the internet and noted their sales, impact on the medium, and sometimes their reviews to come up with a list that can be hailed as top online games of all times. Enjoy the journey as we delve into the list of top online games ever released.

If there is one game that truly deserves the royal crown upon its head, it is the Super Mario Bros. First released in 1985, the game hit a grand slam with its impressive design, wide cast of characters, controls, and hidden levels. It is one of the best-selling games of all times with 48,240,000 units sold till date. The game’s infinite sequels and spinoffs that are still coming, and its pivotal role in reviving the console gaming industry put it at the top of the list for every gamer.

The League of Legends was launched in 2009 by Riot games and has garnered over 27 million online players since then. It is an evergreen game which gives players all the control to pick their characters and compete with other players in the game. It is a multiplayer game with several modes and stunning graphics and offers much excitement on every level of the game.

Grand Theft Auto Online, or simply GTA Online, was a revolution in gaming. The game offers an extreme level of freedom where the players can roam a city and enjoy a level of lawlessness. The game freaked out parents and politicians, but the freedom was the major part that made the game so spectacular.

The game offers in-game radio stations, off the chart fun factor, and the mafia storyline swept the world in the new millennium. The iterations improved on the formula with extra content, quality graphics, and an appealing first-person view.

Modern Warfare is considered the best title in the Call of Duty series. It was the best game of the year 2007 and took the franchise decades ahead. Modern Warfare was a huge step to bring shooting games into the modern military times, with increased intensity, improved graphics, and addictive multiplayer experience. The gameplay in Modern Warfare was transferred from single player to online multiplayer which made one of the best online shooters ever released.

The Battlefield: Bad Company 2 was released in 2010 and delivered the best single-player gaming experience. It is tough to decide which game in the Battlefield series is the best as all of them capture the chaos of modern warfare. With the heightened level of destruction and the ability to spot and tag your enemies, the Bad Company 2 was a game where the player could envision the destruction of a full-scale war better than any other.

Released in 2009, Minecraft is a game that lets you what you make of it. The creative freedom that the game offers is astounding. It allows the players to build anything - from modest huts to the monumental Taj Mahal. The game is played by adults, kids, companies, school children, anyone and everywhere. Playing Minecraft is fun and comfortable in any setting or social circle, which is why it makes to the list of top online games of all times.

If you are a billiard enthusiast looking for a challenging game, look no further than 9 Ball Pool. It is a fun and engaging online game offered by Unlimited Gamez Mo. The game is a fast-paced and dynamic take on classic pool that tests your skills. 9 Ball Pool is laden with exquisite graphics quality and rich visuals giving a realistic billiard experience. The game has become a must-play pool game for gamers who want to test their billiard expertise.

Survival horror games have been around for decades now, but Resident Evil 4 is one of its kind. The Resident Evil series took nearly a decade to come up with this gem which contained loads of weapons for the gamers, breathtaking sequences, terrifically tense environment, and to top it all, probably the gorgeous graphics for a game at the time.

Fighting games have always been popular among gamers, but it took a big leap with the release of the Tekken series. The last installment in the series i-e Tekken 7 offered tight controls and sparkling graphics, and each brawl had a palpable sense of grittiness.

Tekken 7 was the first Tekken game to make use of the Unreal Engine, and the series can be emulated on Android, iOS or Windows phone. Due to the impact on fighting games, the Tekken series easily makes it to the top online games of all times.

10. The Legend of Zelda: The Wind Waker

The Legend of Zelda: The Wind Walker is the ninth entry in the Legend of Zelda series, but the game stays true to the heritage of the popular series. The game offers a sensory delight, lively music, and a seafaring journey that is fun to navigate.

The wonderfully imaginative storylines, locations, and characters remain intact along with engaging combat experience. The game also offers an artistic new look of people and places of the watery world with its stunning graphics. The Wind Waker gives a sense of creativity and exploration that isn’t offered in other games of the genre.

The PlayerUnknown’s Battlegrounds or PUBG is a rather new entry in the list, but it tops the list of online games with the maximum number of player engagement. It was rated as the Best Game of 2018, and with the stunning graphics, several modes, and action sequence, it will go a long way.

With so many popular games around these days, it is difficult to compile a single list of best games of all times. The above list presents a glimpse into the beautiful world of games that you can play alone or with your friends. If you think there are games that are worth adding to the list, let us know in the comment section. 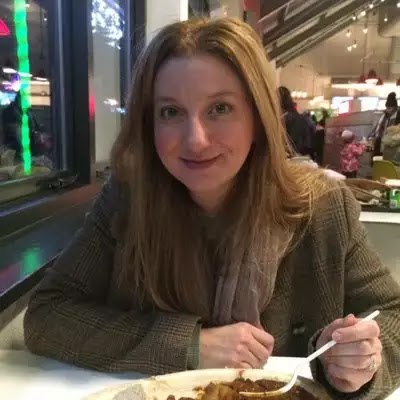 Audrey Throne is the mother of a 3-year old and a professional blogger by choice. Throne is passionate about lifestyle, business, automotive, technology and management and blogs frequently on these topics.