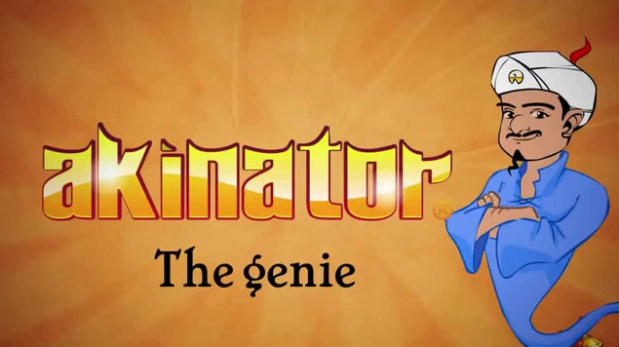 There are several different games available in the market currently and game lovers can’t stop them playing them all. The games are available for the smartphones, pc, and video game consoles and the market is going to increase in the future for sure with game enhancement via AR and VR.

Have you played the famous Akinator unblocked game? If not, you must play it today only as it is a quite amazing game which will give you some fun moments playing it in your busy day schedule.  Today, in this post, we will check the game in detail and let you know what is it all about. So, let us continue reading ahead and see what this game brings for us.

What is the Akinator Game?

The concept of the game is such that there is a web-genie named Akinator who asks you to think a fictional or real-world character and then asks you series of questions to guess the character that you have thought of. Interesting, isn’t it?

For example, suppose you think of Hollywood actor: Tom Cruise. Now the akinator will ask you some questions and based on that it will guess the correct answer. It will keep on asking you questions until it reaches to the right answer. If its guess goes wrong, then you can continue playing it for 3 times until it accepts defeat. Then, you have to let him know what was the name of the character that you have thought of. Got the idea?

You might be shocked to know that 99% of the guessed answers are the correct ones. (Only some of the damn difficult ones that are not in genie’s database gets wrong!)
You might be wondering how he can guess what I am thinking, right? That’s true, everyone thinks the same when we introduce this game to them. But, no need to worry, you just need to enjoy playing the game.

History of the Game

The game is based on an AI program created by three French programmers. When these programmers were traveling, they got the idea to develop such kind of game and since then their idea has worked wonders. The web app got very popular soon after the launch and then the mobile app version of the game also got released.

The game is currently available for free for both the Android and iOS platforms. The VIP version of the game is 1.99$ and it serves the same concept and functionality but it comes without ads. Windows users have to pay 1.99$ to get the game as it is not free over here. The web version is again free.

How to Play the Game?

Step 1: You can either install the app on your smartphone or go to akinator.com website for playing it. Now, you have to enter your age and click the Play button to start playing it.
Step 2: Now, think of some character. Any fictional or real character. It can be any celebrity, musician, politician, YouTube star or anyone else. It can be a cartoon character as well.
Step 3: Now, it’s your turn to answer the questions that Akinator asks to you. There will be 5 options to these questions: “Yes”, “No”, “Probably”, “Probably not” and “Don’t know”. You have to answer them as frankly as you can to get the correct guess.
The Possible Question List is as Follows:
Step 4: You will be asked some 15-20 questions before it guesses the answer.
Step 5: Then, the genie will ask you if the guessed character is right or wrong. If it guesses the wrong character 3 times then you have to type the name in the box provided and it will get stored in the database.
So, here was a brief overview of the Akinator unblocked games. Hope you enjoyed reading the article. We ensure you will have more fun playing the game so just play it today. Don’t forget to follow Technographx to get updates on more such interesting games!