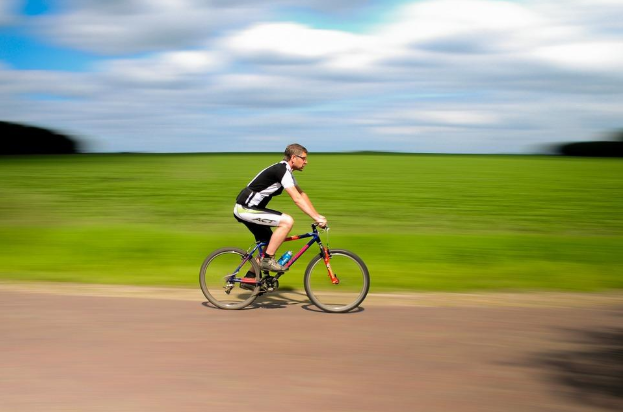 Riding through parks, cities and beyond, races, and freeride are common ways for cyclists with their beloved two-wheeled stallions. However, this was not enough for the most ardent fans and enthusiasts. And so, special biking games have appeared, during which you can not only train to stay in the saddle, but also rally into a friendly team, learn something new, improve coordination, stretch the brain, and get a lot of unique experiences. What are these games? Now you will know.

According to these resources, the oldest and probably the most legendary immortal game on bicycles can be called a cycle polo. The idea of replacing ordinary horses with two-wheeled ones appeared in English national sport at the end of the XIX century. The game itself was invented by Irishman Richard James Mecredy in County Wicklow (Ireland), in 1891.

By the age of 30, this successful engineer and cyclist had won all 4 championships held in London at that time. At the end of his career, Mecredy patented a new sports game called Cycle Polo (Bike Polo). Due to the surging popularity of bikes themselves, the game quickly caught on and became fashionable. For several years, Cycle Polo mania has overtaken the whole Great Britain, then conquered the USA, and Europe (with France coming first).

Already in the year of the invention (1891), the Irish teams had the first official match. 10 years later, an international tournament was organized, where England and Ireland competed. And in 1908, cycle polo entered the Olympic Games in London (the Irish won, of course). The peak of the popularity of cycle polo reached in the '30s of the last century when the rules were slightly improved.
After World War II, Bike Polo was forgotten for almost 40 years. They remembered the original sports in America and India in the 80s. It was then that the second birth of the urban bike polo in a new urban style.

Today the game requires a bicycle with a protective rim over the spokes on the wheel (for safety), a bat, ball (or a hockey puck), and a suitable location such as a football or tennis court, or a small playing ground with a hard surface. In a short period of time, the popularity of polo has grown so much that the game was officially recognized by the International Cycling Association in 2001. Since then, championships in this sport have been held annually.

Practically, each city has its specific rules and strategies. The duration of the matches and the number of players in the teams vary. But you can also highlight the general principles:
Bike polo is an interesting and very gambling game, which does not require a lot of training, special conditions and tons of equipment.

Also called "RadBall." This one is also a team game, but here participants try to score with a bicycle wheel. Fixed gear bicycles with no brakes are used. The most common option is to play indoors with two teams of two players. However, teams can often include 5-6 people.

Born in Germany in the late XIX, cycle ball has an interesting history. Legend has it that once, during the bike ride, the game's father, Nicholas Edward Kaufmann (German-American), met a dog that actively attacked the wheels of a bike. In order not to fall and injure the animal, Kaufmann carefully "hooked up" the pug with a front wheel of his bike and "carried" it aside. Sometime later, on September 14, 1893, a caring cyclist showed the public the first match of the game with the ball on two-wheeled stallions. Very soon, cycling became popular in Europe but somehow didn't gain popularity in the U.S.
At the moment, there are 3 main types of cycle ball:
In 1930, the first Cycle Ball World Cup (2 people in the team) was held. Since then, it has been held every year. Since 2002, the best club cycling teams have participated in the World Cup in 8 stages. In Germany, Austria, Czech Republic, France, Switzerland, Belgium, national cups and championships are also held.

And now a few words about the rules. Players ride around the field and try to shoot the ball into the opponent's goal using their heads or bike wheels (front or rear). Arms and legs can only be used to control the bike. However, one player in a team is allowed to use hands while defending the goal. Though, in fact, it's pretty useless when the ball is directed skillfully. A player leading the ball may only be attacked from the ball side. No touching the ground with your feet, intentional hits, pushes, etc.

There is a draw before the game starts. The luckiest team chooses a goal and starts the game. The match lasts for two halves of 7 minutes each. Plus, 2 minutes break and another 7 minutes if the winner is not determined in 2 halves. After the first half, the teams switch goals, the right to start goes to the team that lost the draw.

At the beginning of the game, a half, and after a score, the ball is placed in the center of the field. Each player stands at their gates with bikes in their hands. After the whistle, the athletes get on their bikes and the game starts.

If a player has fallen down or touched the floor with his foot, he must immediately go beyond the goal line (on two wheels) without touching the ball. Only after that, he can return to the game. Touching the floor with your foot is prohibited even after the ball hits the opponent's goal. If a player touches the ground with his foot after a score, the goal does not count.

To play cycle ball you need a special round ball (15-18 cm in diameter / 1-1.3 lbs), a playground and a bicycle without parking support on wheels, with a live handlebar, preferably without brakes and free running pedals.

Cycle ball has quite complex rules (which, however, can be easily modified when it's not an official match) and requires excellent skills in bike management. As a reward for their efforts, players receive the right vibes, adrenaline, team spirit, and learn to master new stunts and tricks.

Flash Cross is the youngest and most exciting of these games. Participants are required not only physical training but also wit, intellect, gumption, artistic skills. Flash cross is called a photo-cycling quest, or team play on bikes with a digital device.

The aim of the competition is to reach the finish line faster than other teams while performing tasks at mandatory checkpoints. Before the start, each team (usually 2 people) is given a map of the terrain and photo-tasks. Competitors should find checkpoints where the pictures were taken, reach them, and take pictures similar to those given. In order to score more points at the finish line, the photos should be as similar as possible in terms of perspective and framing. The only extra thing is that one of the team members should be in the frame with two bicycles and starting numbers.

Bicycle games are a great way to diversify communication with your bike, spend time with friends, train your mind and body.

In order to improve your cycling technique, and also as an entertaining activity, you can try some other cycling games with your friends. There are so many of them, in fact, but we have picked 3 the most simple and undemanding.

"String." This one is usually done in two, but there can also be a larger number of participants. Bikes are bound by a thin thread 40-80" long. The task is to travel a distance of 30-65 feet (10-20 meters) without breaking the thread.

"Swap." To play this game, you need a 12"-high pin. A 12" circle is drawn on the ground at a distance of 33 feet from the pin. A player has to take the pin with one hand on the move, then take it with the other hand, and place it in the circle. The task is considered to be failed if the cyclist touches the ground and drops the pin.

"Waterboy." A rider should carry a mug/glass of water filled to the edges with one hand (for example, at a distance of 65 feet (20 meters)). An achievement can be measured by the amount of water remaining in the glass. If a team is involved in the game, a larger container (e.g., a 67-oz bowl) can be used. A team that eventually fills a vessel faster wins.