Snapdragon 660 vs 636: Detailed Comparison Between Both 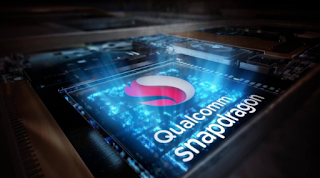 Qualcomm designs excellent processors to be integrated with our smartphones. Two such good processors today are the SD 660 and SD 636. Both are quite similar but have certain differences. Today, in this post brought to you by Technographx, we will compare Snapdragon 660 vs 636 in certain areas. So, let us continue reading and figure out who is the clear winner between both.

PERFORMANCE
You might be knowing that the Snapdragon 660 is one of the best processors in Qualcomm's mid-tier range as of now. The fabrication process is one of the key areas of improvement here.

The inclusion of the Kryo 260 cores gives an additional boost to the CPU power. You might have wondered knowing the rate of the Snapdragon 660 in the market as it is quite expensive but one of the chief reasons for it being expensive is the Kryo cores too.

Task sharing capacity is improved by these cores. Now, talking about the GPU of this processor, it is Adreno 512 GPU which is far better as compared to the other GPUs in the market. This GPU provides gaming advantage to the processor as it provides support to the latest graphics.

Snapdragon 636 also has similar specs like the Snapdragon 660 but the difference arrives in the clock speed and the GPU. It runs at 1.8Ghz frequency. The GPU of 636 is not that good as compared to that of 660 and that’s what makes Snapdragon 660 a gamer-friendly platform.

CAMERA
Now, if we have a look at the camera field, both the mobile platforms possess similar specs and similar features. Both the processors have the Qualcomm Clear Sight camera features.

The best part of this Clear Sight feature is the ability to capture more light in the areas where there is very low light. Also, these processors support depth mapping for portrait mode, optical zoom for cameras with different focal lengths and also EIS for videos.

CHARGING SPEED
Nowadays, people are wanting their smartphones to get charged very quickly and thanks to Qualcomm Quick Charge which offers amazing charging speed. Both the processors are having this facility so we are very lucky.

It is said that if you charge a 2750mAH battery unit for 5 minutes then you can get 5 hours of battery life with the Quick Charge 4.0 technology.

ARTIFICIAL INTELLIGENCE
AI is now getting everywhere and in the smartphones, it is not a surprise. Both the processors support Qualcomm's Neural Processing Engine (NPE) SDK.

The important feature of this SDK is that it works with the most famous AI frameworks such as Caffe/Caffe2, and Google’s TensorFlow.

This will help the developers to build the AI-related functionalities to be provided in the smartphone easily.
CONCLUSION
The conclusion in a single sentence is that both the processor chipsets are similar in many respects such as the quick charging technology and the camera specs. If we talk about performance-wise then SD 660 will be the winner as it contains higher clock frequencies and GPU.

If we see many of the market reports, SD 660 has proved to be a winner here as well. If you are a gaming enthusiast and looking for an excellent phone then you should go for the one having SD 660 for sure otherwise it is fine to have SD 636 as well.

So, here was a brief overview of the Snapdragon 660 vs 636 comparison. I hope you enjoyed reading the article and got a clear understanding too between both. Choose the proper smartphone between the two chip sets wisely as per your requirements and for more updates on this, follow Technographx!

Snapdragon 660 vs 636: Detailed Comparison Between Both