Mehndi, or Henna, is a powder that is obtained by crushed dry leaves of the plant with the same name. It is a type of dye that leaves a dark stain when applied to the skin. This property of the Mehndi helped to make it famous as they can be used to make temporary tattoos. This art form originated first from the Indian Subcontinent and now is famous all across the world.

Mehndi is also known for its medicinal purposes as it has cooling properties that can greatly be effective in soothing out burn wounds, fever and headaches.

Indian brides wear mehndi on their hands with some of the most intricate and embellishing design patterns. A mehndi ceremony is one of the many different ceremonies that constitute Indian weddings. This ceremony is usually organized a day or two prior to the wedding ceremony as it is believed that it will de-stress the bride because of its cooling properties. Mehndi on the palms and feet of a bride symbolize joy and beauty and is considered to bring wealth and prosperity to the house of her in-laws

Moroccan mehndi designs are very
much geometric and do not include any floral designs as well. Most of the patterns are made from lines, triangles, squares, rectangles, and dots. This type of mehndi is ideal for a bride who wants to keep things simple and sport a mehndi that is more on a casual side. In most of the mehndi designs in Moroccan style, you’ll find nature depicted in the form of stick figures. This kind of mehndi is really popular in western countries and many women opt to get a permanent tattoo of the designs as well. 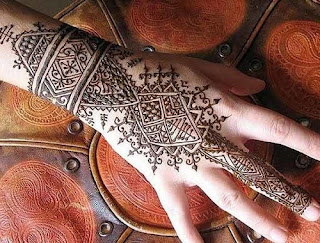 These designs are more elaborate than the Moroccan styles but lesser than the Indian ones. Arabic mehndi designs are popular due to their dome structures and flower patterns. The one thing that makes this design pattern unique is the use of a darker colored mehndi to define the edges of the patterns. This mehndi design is very much popular among the Indian brides as it takes much lesser time to create the patterns and consumes lesser mehndi which actually leads to lesser time for the mehndi to dry up. 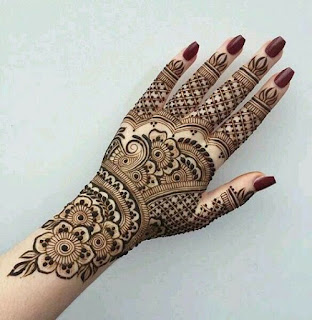 Indian mehndi designs are the most elaborate patterns and also include some really complex ones. The most famous design patterns are the peacock, mangoes, and flowers. Nowadays, the traditional Indian mehndi is on the hype and is really famous among the brides who want a regal look. There is a new concept in the traditional designs introduced by Mehndi Artists in Mumbai, which include making Dulha-Dulhan and Raja-Rani patterns on the hands too. In Indian weddings, the name of the groom is also hidden in the mehndi pattern that is made on the hands of the bride and the groom is meant to find it. 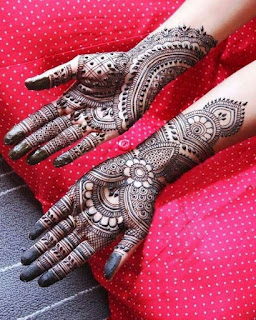 Pakistani mehndi designs, just like the Indian ones are very elaborate. The patterns that are made in Pakistani Mehndi are inspired by the Indian and Arabic patterns. There is very much use of intricate circular motifs combined with some jali work. The mehndi patterns also include the architectural designs of some of the most famous places. In Pakistani mehndi designs, very much like the Arabic ones, a darker colored mehndi is applied to the edges of the patterns. 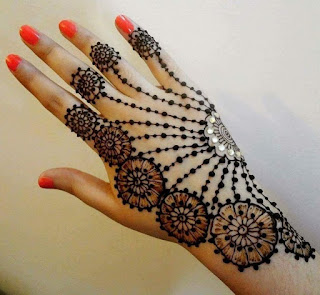 Western mehndi is the least elaborate kind of mehndi and usually, looks much like a piece of jewelry. Some of the most famous mehndi design patterns are anklets and bracelets. The western mehndi is quite versatile and mainly has the patterns that look well when sported as individual tattoos. 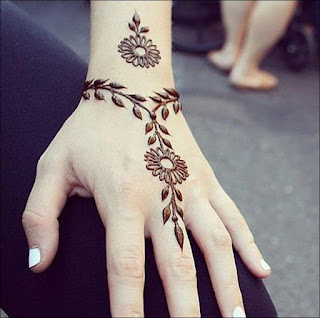 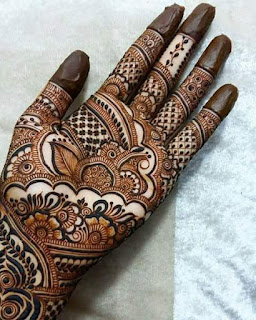 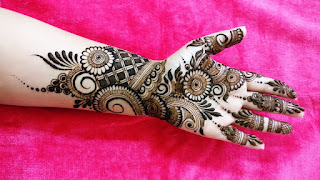 We’re quite sure that selecting a mehndi pattern that is according to your taste will be a great addition to your wedding attire. Among the above-mentioned designs, we’re quite sure you’ll find the one that suits you the most.