As Whatsapp groups allow you to pass on a message to a large number of people at the same time, it has given many the liberty to spread fake news and rumors too. To make sure that no further incidents occur at the cost of fake WhatsApp news, WhatsApp launched the second phase of its Share Joy, Not Rumors campaign on March 25th. The campaign educates and urges its subscribers to act responsibly while using the instant messaging app and not to fall for fake rumors or news. People can access this campaign from YouTube where you can find it in the form of tutorials and step-by-step guides.

Things You Should Stop Worrying About…
Top 10 Sites to watch Telugu Movies O…
5 Simple Ways to Spy on Android Phone
With GiftstoIndia24x7.com, this Raksh… 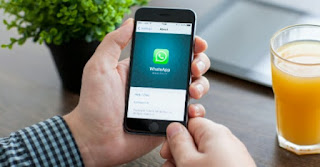 In the last few months, thirty people in India lost their lives in mob lynchings and, none of the people killed were criminals. The mob got carried away due to the widely circulated WhatsApp messages which portrayed the victims as kidnappers. WhatsApp has more than 200 million users in India. And since these unfortunate incidents, the instant messaging service is actively looking for ways to control the fake news which spreads like wildfire.

A fake piece of news leading to someone’s death is the extreme outcome of WhatsApp rumors, but fake news can have a number of other damaging consequences as well. They can direct you to a malicious website, influence you somehow to do something and even deceive you into believing a fake piece of information.

Along with a variety of new features, using the best WhatsApp spying tool could help you in keeping you and your loved ones safe.

There are certain ways that could assist in spotting fake news and prevent from going viral. Listed below are the seven steps to identify a rumor or fake news on WhatsApp:

WhatsApp is a playfield for scammers who particularly design messages to fool people and lure them into clicking an insecure link. The trick is to create the link in such a way that the URL seems harmless and genuine. The pitch appears to be real as well. They are able to do so with address spoofing and special characters. Thankfully, now WhatsApp informs the users and itself detects any malicious link.

Also, as a precautionary tip, even when you receive the link via someone you know, inquire about its content before you click it.

Forwarded messages are the main reason behind fake news. They assist the false rumors in spreading like wildfire. These messages facilitate the distribution of news to multiple people at the same time. Forwarded messages in WhatsApp groups escalate the issue.

So, whenever you receive a forwarded message, always pay attention. Take a moment and think about the news because, in most cases, people circulate rumors without verification or giving it a second thought. No one takes out time to confirm whether the news holds any truth or nor not.

In most parts of the world now, WhatsApp plays the role of a gossiping platform and people make groups and share whatever they hear as soon as they hear it. And in most of the cases, the news is mere misinformation of facts. So, take the forward label as a red flag.

Most of the false news that you get on WhatsApp involves “Did you know” type of news or a set of numbers for political propaganda. Before you are surprised by them, it is better if you at least take a look at official websites, an official Twitter account to fact-check the news or statistics.

4. Do not pay attention to bulk messages

If there is a certain message or piece of news that you keep on receiving via different channels and contacts, it is quite likely that it is nothing more than a hoax. There is an agenda behind bulk messages. And that is to trigger people against or for something. These messages rile up the masses.

Having the best WhatsApp spy tool at hand is great if you think your child has become emotional or has formed a hateful opinion about something or someone all of a sudden. The tool would assist you in monitoring your child's WhatsApp activities.

5. Anyone can manipulate images and videos

We all know about the counterfeit media on WhatsApp. With even the tiniest of alterations, videos and images can cause substantial damage. Some have even led to fatal outcomes resulting in suicides and self-injury. It is important that you invest in the best WhatsApp spy tool and be in the know as to what your child is up to, who they talk to on WhatsApp and the kind of media they receive or sent on the instant messaging platform.

If you are not really sure regarding the authenticity of a clip on WhatsApp or any other picture, consult someone or a trustworthy fact-checking website before believing it to be true.

Friends and people make various groups on WhatsApp to share latest news and gossips which isn’t necessarily always true. If you are a member of a group that allows spreading of false rumors and misinformation is not healthy, do not become part of it. Exit the group. You can also report the group if you find that their habit of spreading fake news could lead to damaging results or even the loss of someone’s life.

7. Use other sources for verification

A group of startups has emerged to verify the viral content and measure the extent of truth ever since WhatsApp caught itself in the midst of fake news. These websites update themselves regularly. They match the pace of the constant flow of information on WhatsApp. There is SM Hoax-Slayer and Check4Spam that lets you check whether the shocking image or news that you just received on WhatsApp is true or not.

Although WhatsApp has taken a number of steps to control the epidemic of fake news and the digital pitchfork mob, it is going to take some time before it comes up with a permanent solution. According to one of the updates WhatsApp released, users cannot forward a message to more than five contacts, but one could bypass that. Sharing fake news on five large groups can lead to fatal results.

So, the best thing to do is to educate oneself and make oneself better in spotting fake news on WhatsApp.