Deciding Your Need for Salesforce DX and its Collaborative Development Approach 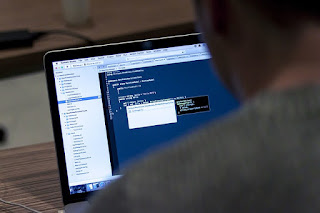 Salesforce DX is a developer-friendly end-to-end lifecycle development tool, which is integrated and facilitates agile development. The flexibility of the Salesforce DX platform allows the developers to work collaboratively with a range of tools to be used for better efficiency. Even though Salesforce offers an adequate cloud-based developer platform, they were working towards enhancing the developer experience, and this further led to the release of Salesforce DX.

Improving the development lifecycle environment for the application development teams is all about availing the best collaborative tools which will offer effective cloud governance, security, and more compliance. Salesforce DX brings all the standard tools on to the table and also gives the flexibility for developers to use other outside tools also at their wish. The most significant feature of Salesforce DX is to improve the workflow of developer and the APIs, with a refreshed CLI, GitHub, and scratch orgs.

For enterprises, the decision to use to Salesforce DX will be based on its capabilities and needs for their team. There is no point and interface for Salesforce DX, which may pose a challenge to some developers.

Also Read: 5 Ways in Which the Internet Makes You Smarter

All these tools are available in a customized IDE or CLI, which may be a skill-set some developer teams may not have. If you have time to invest into building such skills and gain expertise in these tools, then Salesforce DX can surely improve the efficacy and collaboration capabilities of the developer teams, which will ultimately lead to increased output.

By effectively blending the automated functions with manual action, DX will enable the application developers to construct and release the most updated features in limited time and with minimal risk. As per Flosum.com experts, Salesforce DX is aimed at improving the developer productivity and also increased flexibility with many additional tools to create a simple, but more structured workflow.

1. The concept of continuous development

Salesforce DX offers a more creative approach to agile development methodology, by allowing the users to enjoy a faster and more efficient development. This collaborative development platform has the features of source version control which enables continuous development.

As we have seen, Salesforce DX can be best used for source-driven development. By moving the project resources into some Version Control System (VCS), one can easily track the content revisions and also get benefited from its collaboration capability. By adopting the automation development methods, collaborative development with continuous integration is easier to achieve.

CI tool of Salesforce DX facilitated unit testing as well as integration testing. Unit testing is meant of the small snippet of codes without any third-party systems. Integration test guarantees a functional code in third-party systems. Automation of these tests will further reduce any risk for regression which is sometimes initiated through some code modifications. CI tool is running simultaneously to clean the test environment irrespective of its outcome. Using Salesforce DX, deleting the scratch orgs after testing can also be accomplished with a single command.

Continuous development and deployment simultaneously send the content to production also after testing is completed. This will further help shorten feedback loop and also eradicate any need for preplanned release dates by adjusting business requirements into these release cycles.

Deciding Your Need for Salesforce DX and its Collaborative Development Approach