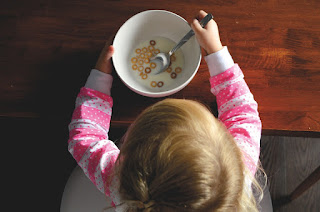 It is a constant refrain by most mothers that their kids are very picky eaters and never seem to be eating the right stuff. Despite their best efforts, the Children only seem to favor eating junk Food making their mothers feel guilty that they seem completely incapable of giving their kids the proper diet and nutrition that they need for proper growth. Some practical tips from a mother who has faced all the problems and more:

Ensure that apart from the three main meals, children get at least two snacks in between. Instead of junk food, try and give them lots of fresh fruit, yogurt, and pretzels, and keep them properly hydrated with water, not fizzy drinks. If they hanker after tea or coffee, you can give them chamomile tea that is rated as among the best teas for sleep and relaxation.

Plan out the Dinners

If planning each and every meal seems a daunting task, you can, instead, plan out a couple of dinners to start with. Dinners don’t have to be necessarily fancy; they just need to be nutritious, balanced, and tasty. Use less of refined carbs and sugars, and more of whole grains, pasta, brown rice, green vegetables, colorful salads, as well as lean meats, beans, cheese for the protein.

Children tend to oppose new foods by nature so it is important not to overwhelm them with lots of variety in quick succession. Make sure that the food is presented in an interesting way and preferably woven inside a story that will catch their fancy. When they are at an impressionable age, it can work wonders to weave cartoon characters or sports stars as people who have a penchant for a particular veggie.

Don’t Cook Separately for the Kids

Don’t cook separate dishes for the kids and the adults; by doing this you are further making sure that the children remain aloof from mainstream foods. Cook a family meal with a little variety built in so that they can pick and choose according to their preference. It is natural for the children to copy their parents and sooner or later, you will find them eating all the dishes on the table. According to https://www.forbes.com report, “By the age of 2, children assume the eating habits of the family, including snacking.”

When the children resist eating the vegetables or salads, you can experiment with dips and condiments. Most children like the taste of ketchup, salsa, hummus, and yogurt-based dressing so you can tell them to go ahead and eat the veggies with these dressings. Sometimes a little sprinkling of sugar on fruits helps to make them more palatable.

When you want your children to eat healthily, the last thing you should really do is to keep on telling them to do so as they will go exactly the opposite way. One of the most effective ways of making food interesting to them is to involve them in the cooking and preparation of the dishes in the kitchen. Make a conscious attempt to cut down on junk foods but allow the occasional treat as a reward.