'IAAF has tried to slow me down, but the decision of the CAS will not hold me back' - Caster Semenya hits back after losing landmark case 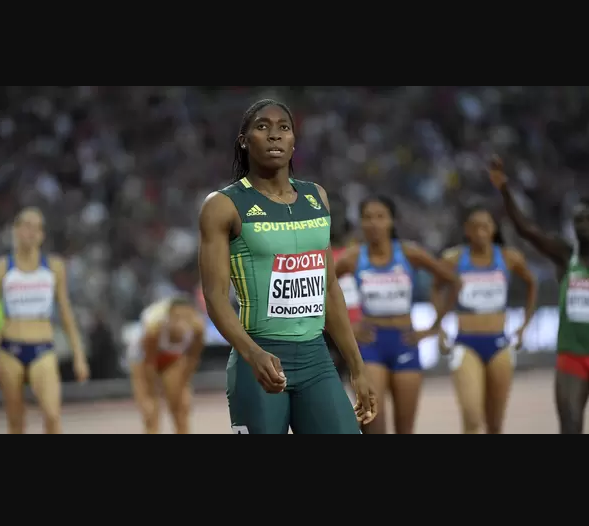 South African Olympic champion and intersex athlete, Caster Semenya, has hit back at the International Association of Athletics Federations (IAAF) after losing her landmark case against rules regulating testosterone in female athletes.

Court of Arbitration for Sport in Lausanne, Switzerland ruled in favour of International Association of Athletics Federations (IAAF) that female athletes such as Semenya must now take testosterone suppressants like the contraceptive pill to stay under the permitted level to continue competing as a woman in any running event between the 400m and the mile. Read previous report here.

Semenya, who fought the decision at the Court of Arbitration for Sport in Lausanne, Switzerland, in February, responded on social media to the ruling with a tweet which read: 'Sometimes it's better to react with no reaction.' 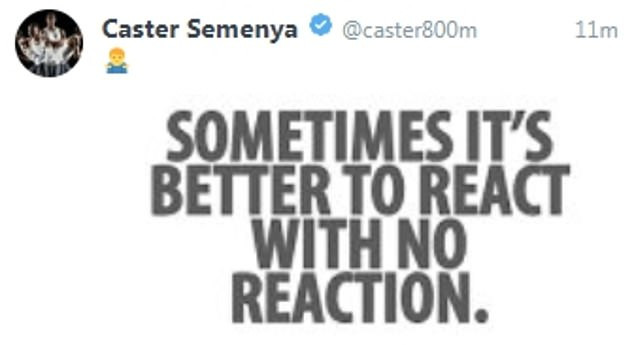 She then issued a defiant statement against the decision, saying: 'I know that the IAAF's regulations have always targeted me specifically.

'For a decade the IAAF has tried to slow me down, but this has actually made me stronger. The decision of the CAS will not hold me back.

'I will once again rise above and continue to inspire young women and athletes in South Africa and around the world.'

And a statement released by her legal team following the decision revealed that Semenya is already considering an appeal against the decision.

It read: 'Caster Semenya is pleased that a unanimous CAS Panel of three arbitrators confirmed that the IAAF's DSD Regulations are in fact discriminatory against certain women.

'Ms Semenya is, however, disappointed that two of the three arbitrators concluded that such targeted discrimination is necessary. Ms Semenya is reviewing the decision with her legal team and considering whether to file an appeal.

'The IAAF's basis for discriminating against these women is their natural genetic variations. Ms Semenya believes that women like her should be respected and treated as any other athlete. As is typically the case across sport, her unique genetic gift should be celebrated, not regulated.'

It added: 'Ms. Semenya believes that the dissenting CAS arbitrator will be shown to be correct and the DSD Regulations will be overturned.

'In the interim, Ms Semenya believes that it is irresponsible for the IAAF to proceed with the implementation of the DSD Regulations in circumstances where the CAS decision makes it abundantly clear that there are serious problems with the Regulations that need to be carefully considered and the DSD Regulations will unquestionably cause harm to the women affected by them.'

Svein Arne Hansen, president of European Athletics, said on Twitter: 'I welcome the decision taken by CAS today which ensures governing bodies can continue to protect the female category.

'This was never about individuals - it's about the principle of fair play and a level playing field for women and girls.'

CBD 2020: What to Expect + Our Top Pr…
Data’s of top-performing cryptocurren…
A Wonderful Winter Ahead At One Snowm…
With so many voices, why am I listeni…

'IAAF has tried to slow me down, but the decision of the CAS will not hold me back' - Caster Semenya hits back after losing landmark case