Missouri teacher charged with hiring Hitman to kill student, 10, who he allegedly molested 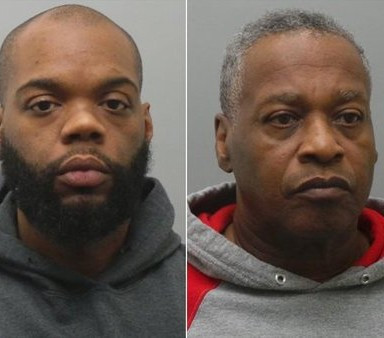 A teacher who was arrested and charged last November with molesting a student three years earlier, when he was only 7, has now been charged with trying to a hire a hitman to kill the same student and his family.

Deonte Taylor, 36, was a teacher’s assistant at Lusher Elementary in 2015. During that period, he allegedly removed a 7-year-old student from class and took him to another room where he assaulted him, Newsweek reports.

The boy and his family reported the incident immediately after the alleged attack, but Taylor was not charged until years later and even went on to become a teacher in another district during that time.

Last November, Taylor was eventually arrested after a DNA test revealed that his sample matched the DNA found on the boy at the time of the incident. Now authorities say while Taylor was awaiting trial in February, he allegedly attempted to arrange for someone to kill the now 10-year-old boy and his family to silence them.

Authorities also claim that Taylor convinced his boyfriend, 66-year-old Michael Johnson, to pay the hitman to carry out the killings. But the intended hitman ended up becoming a police confidant soon after and exposed the plan.

Taylor is already facing three charges of first-degree statutory sodomy. In addition to those charges, Taylor also faces two counts of conspiracy to commit murder and two counts of attempting to tamper with a victim in a felony prosecution. His partner faces the same four charges.

Taylor and Johnson appeared in a St. Louis court last week, where they both pleaded not guilty to the charges.

Both men are currently being held without bond.

If I am not in control, am I out of c…
Best Way to Money Transfer India
The Whales of the Crypto Tides: a Pro…
The Ultimate Winter Bucket List Accor…
Portable Oxygen Concentrator – A Boon…

Missouri teacher charged with hiring Hitman to kill student, 10, who he allegedly molested