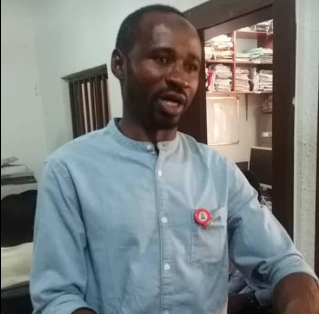 The Economic and Financial Crimes Commission, EFCC, has secured the conviction of Ohiaeri Stanley Chukwudi for love scam. A statement from the antigraft agency says Chukwudi while posing as William Robert, residing in Texas, United States of America, lured Olivia, Jesse Marie and Kristiana into a romantic relationship. He conned them of a total sum of $15,000 (Fifteen Thousand Dollars).

He was brought before Justice Sylvanus Oriji of a Federal Capital Territory, FCT High Court, Apo, on a one-count charge of cheating.

The count reads: “That you, Ohiaeri Stanley Chukwudi, alias Williams Robert, sometimes in February 2019 at Abuja, within the judicial division of this honourable court while acting as William Robert resident in Texas, United States of America, did cheat by fraudulently inducing Olivia, Jesse Marie and Christiana to deliver to you the total sum of $15,000 (Fifteen Thousand Dollars) under the guise of being in a romantic relationship with them and thereby committed an offence punishable under Section 322 of the Penal Code, Laws of the Federation (Abuja) 1990."

He pleaded "guilty" to the charge.

In view of his plea, Justice Oriji convicted and sentenced him to one month in prison with an option of N150,000 as fine

Tezos Update: 70% Hike After ‘Staking…
Three Facts about God’s Plan for Your…
How to Find Your Best Small Business …
The Stories Behind 10 Rock Band Logos
Invader Zim Film Conquers Netflix In …