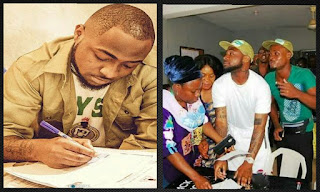 It is already the talk of the town and social media that Nigerian superstar and famous singer, Davido, just last month, registered to join his fellow Nigerian graduates for the compulsory one-year youth service scheme.

Read Also: Davido weeps as he apologized to his beautiful girlfriend, Chioma (video) 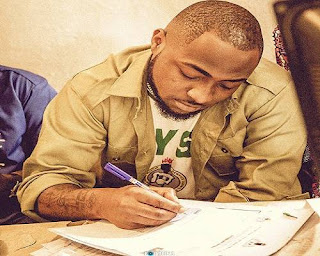 The singer reported to the NYSC orientation camp at Iyana-Ipaja to complete his registration, on Thursday. However, not more that 48 hours later, he was said to be on his way to Boston for his 'Locked Up' tour of the United States of America.

Meanwhile, all NYSC members are expected to be on ground at the camp during the three weeks’ orientation programme, with a few exceptions.

Read Also: Davido speaks on how his music started and his song he likes most 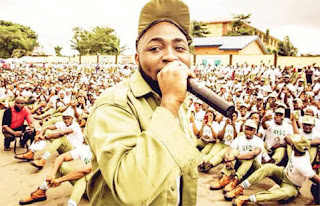 Excerpts from the NYSC Bye-laws revised in 1993 give strict rules for corps members during the orientation period.

According to Schedule 1: 3b:

“During the period of orientation, every member shall:
(i) Attend regularly, punctually and participate fully in all official engagements on the field, at lecture and all places of work;
(ii) Not leave the Orientation Camp or absent himself from any official activity without the written consent of the State Director or his representative;
(iii) When absent from his duties on account of illness ensure that such absence is covered by an “Excuse Duty Certificate” issued by a medical doctor then on duty at the camp.”

The Bye-laws also state penalties for leaving the camp without the permission of the State Director. 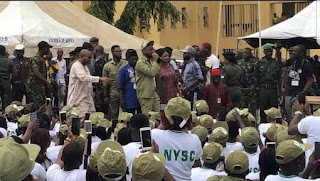 According to Schedule 2: 1b states that:

The NYSC Bye-laws of 1993 is the code guiding every corps member in the country.

According to SaharaReporters, efforts were made to reach out to an official of Lagos NYSC orientation camp to confirm if Davido got the written consent of the State Director, the official. 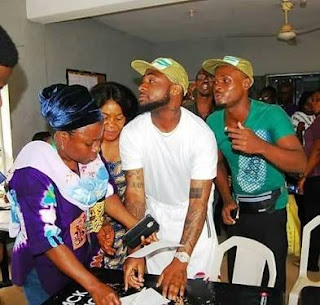 After initial hesitation to respond to the matter, he asked that the State Coordinator, Prince Mohammed Momoh, be contacted.

Read Also: Bbnaija: Tobi and Cee-C in an exclusive interview, talked about their relationship

However, efforts by SaharaReporters to get across to him were unsuccessful.


This post first appeared on Naija News Updates, please read the originial post: here
People also like
How Gender Equity Impacts the Bottom Line
“The Friend Who May Not Seem a Friend”: The Cat and the Fire, Part 1 of 3
A-Reece – The 5 Year Plan ft. Wordz
A Boss vs a Leader; What’s the Difference?