Ritualist caught while attempting to dump a victim's corpse in Ekiti 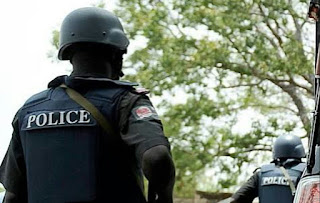 The die was cast on a suspected ritualist on Sunday morning in Ado-Ekiti, the capital of Ekiti State, as he was caught red-handed while attempting to dump the corpse of a supposed victim by the riverside.

The shocking incident reportedly occurred at Ureje River, along Ikere Road in Ajilosun area of the state capital at about 6.00 in the morning.

Read Also: Woman rescued after she was rejected by ritualists in Benin City (photos)

The suspect was lucky to be alive as he was nearly lynched by an angry mob before the arrival and timely intervention of the police patrol team, who immediately arrested the culprit and took the corpse away from the scene of the incident.

The gathering of bystanders and witnesses caused a traffic gridlock till the time the suspect and the corpse were taken away.

A witness said: “The suspect was seen with the woman in the river as early as 6am in the morning and he was accosted by people around.

“He was about to be lynched but the timely arrival of the police who rescued and took him away to their state save him from being killed”.

Another source said “The youngman, believed to be in his early twenties was caught in the act in the river where he killed the woman and was given a hot chase by the people.

“He was running towards the left side of the river and the people alongside policemen went after him before he was apprehended at the other end of the river.”

Men of the Ekiti State Fire Service came to the river to evacuate the corpse of the woman around 8.35 am

Read Also: Man got burnt to death before a crowd after being accused of stealing motorcycle (photos)

He explained that investigation into the incident is ongoing as the suspect is being interrogated on the circumstances surrounding the incident.

Ritualist caught while attempting to dump a victim's corpse in Ekiti