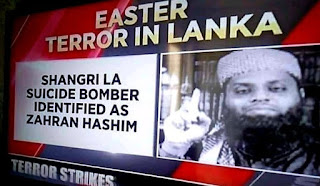 Health and Nutrition Minister Rajitha Senaratne said that the real leader of the National Thawheed Jamath (NTJ) which carried out the deadly Easter Sunday bombings, is not Saharan Hasheem.

He said this at a media briefing held at Temple Trees yesterday.


The Minister noted that if he was the leader of the NTJ, he would never have carried out the suicide bombings himself.

However, he said that the real leader of the NTJ had been apprehended by the security forces and although his name had been revealed to the Minister, he had forgotten the terrorist leader’s name.

But, he disclosed that the said terror leader’s name begins with an ‘M’.