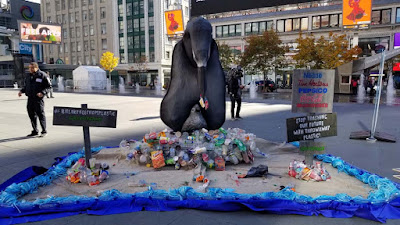 There is a growing groundswell of support to get rid of the lowly plastic straw in Canada and around the world. The United Nations has started a global campaign called CleanSeas to end marine litter and they estimate that 8 million tonnes of plastic ends up in the oceans - and the straw is a good place to start. The UN hopes to eliminate micro-plastics and wasteful single-use plastic by the year 2022. Vancouver, British Columbia will ban straws in 2019 and Canada might follow suit. I know some of my family have switched over to reusable straws as they spearhead our household environmental drive and probably single-handedly saving the world. 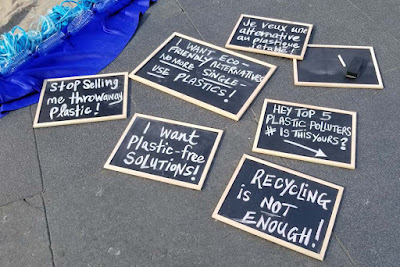 A lot of people have heard of the floating garbage island, known as the Great Pacific Garden Patch, but I was surprised that it is the largest of the world's ocean Plastic accumulation zones. The GPCP alone has a surface area of approximately 1.6 million square kilometres.

A guide to male enhancement – Tacklin…
5 Steps to Get Rid Of Bed Bugs Infest…
Making a reusable produce bag using a…
ENVIRONMENT TECH - Plastic Eating Bac…
Maybe the change in barometric pressu…
Erik Solheim, Head of UN Environment, said, "It is past time that we tackle the plastic problem that blights our oceans. Plastic pollution is surfing onto Indonesian beaches, settling onto the ocean floor at the North Pole, and rising through the food chain onto our dinner tables. We’ve stood by too long as the problem has gotten worse. It must stop." 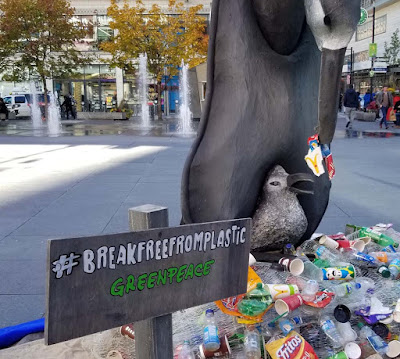 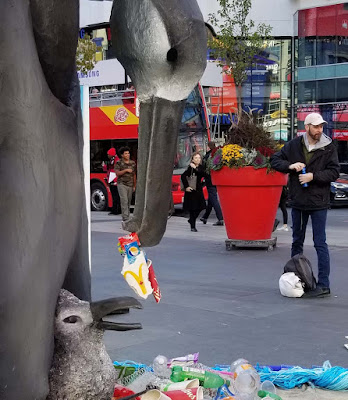 The non-governmental organization Greenpeace Canada came to Yonge-Dundas Square on Tuesday, October 30, 2018 with a plastic trash installation which has an 8-foot mother albatross bird feeding her baby - and that food was branded single-use plastic! Instead of picking something like people using plastic straws, Greenpeace has identified 5 of the top corporate plastic polluters identified through brand audits: "These top polluters were found to be Nestlé, Tim Hortons, PepsiCo., The Coca-Cola Company and McDonald’s."

“The art installation serves as a visceral reminder of who is fueling plastic pollution and what that means for marine life,” said Wanjiro Ndungu, spokesperson for the Oceans and Plastics campaign. “The sculpture specifically reflects the reality that 9 out of 10 seabirds have ingested plastic. Since the branded trash used in this sculpture was collected during cleanups, we hope the top polluters we have identified through our brand audits will start focusing on cutting their plastic footprint and realize that we’re well beyond recycling as a solution.” 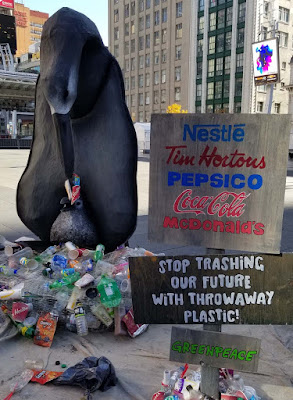