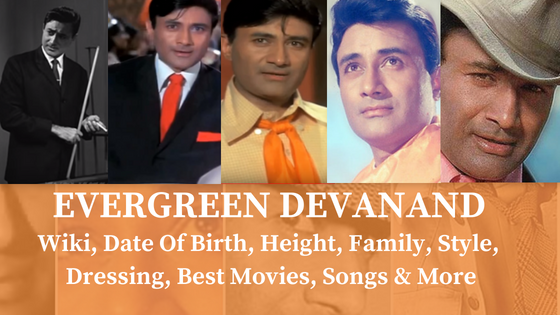 He kept making films till his death in 2011 and he was very passionate about movies.

During his entire career he worked in more than 105 films, most of them did good business at the box office but only a few achieved the cult status. See his all film list

His acting style is still copied by many actors, comedians. His fast dialogue delivery became his trademark.

He took his last breath in London, England on 3rd December 2011 (aged 88) where he died because of cardiac arrest. 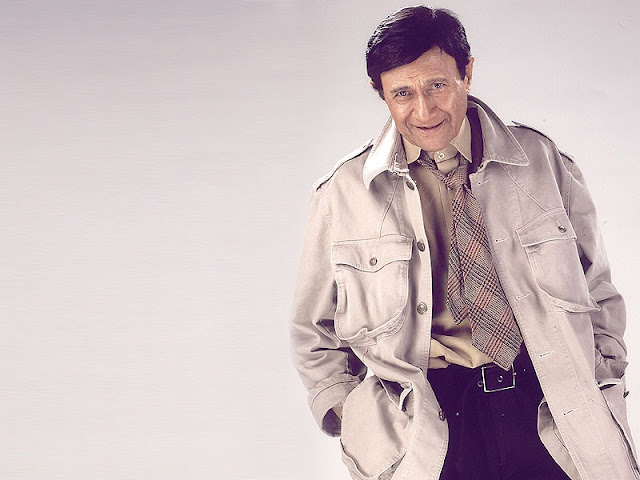 Manmohan Anand (Eldest Brother) -  He followed the footsteps of his father and became an advocate in Gurdaspur District Court.

Chetan Anand (Elder Brother) - He started his film career along with Dev Anand and he directed his first movie Neecha Nagar in 1946. He also co-founded Navketan Films in 1949.

Vijay Anand (Younger Brother) - He started his movies career with Navketan Films and directed his first movie Nau Do Gyarah in 1957. He also directed one of Dev's best movie "Guide" in 1965.

Sheela Kanta Kapoor (Sister) - She is married to Kulbhushan Kapur (a doctor). She is the mother of famous director, actor & TV host Shekhar Kapur.

Kalpana Kartik (Wife) - She is the wife of Dev Anand and she did six films in her whole career which are all made under the Navketan Films. 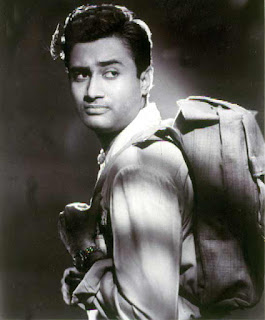 Although everybody called him 'Dev Sahab' in the film industry at home his nickname was 'Chiru'.

He used to play marbles, sometimes cricket, sometimes hockey and also Gulli Danda with his friends.

Dev studied till matric from Sacred Heart School, Dalhousie (then in Punjab).

In school, all of his friends used to call him DD.

He was very popular in school, girls loved to follow him all around the school.

After finishing school, he went to Lahore where he completed his BA in English Literature from Government College, Lahore.
On 19th July 1943, he came to Bombay from Lahore with the dream of acting in films, he was just 18 years old at that time.
After coming to Bombay he struggled because money was a big problem. He then did a job in military censors where he has to censor letter, he did this job for one and a half years. 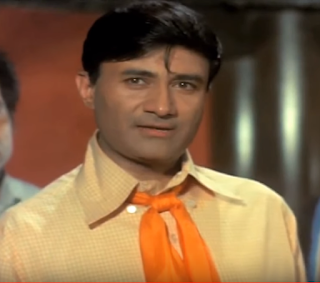 In 1945, he did a little theatre after relinquishing the military job, where he was spotted by someone and told him that Prabhat films are looking for a new face for a lead role in Hum Ek Hain. He went there, he was told to go to Pune for the audition and there he was selected. This is how he got his first film.
The movie was released in 1946, his co-star in Hum Ek Hain was Kamala Kotnis, the movie went almost unnoticed at the box office.
While shooting this film he became a good friend of assistant director Guru Dutt and they both decided if one become successful then the other one will cast or act in their own films.
Ziddi released in 1948 and it became superhit at the box office. It changed the career of the evergreen actor. 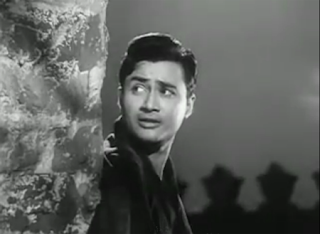 Because of the success of Ziddi, he got his career-changing film Vidya against the leading lady Suraiya who was a bigger star than Anand. The two got along really well and they also fell in love.

His next movie was Hum Bhi Insaan Hain which also proved to be a success at the box office.

House No. 44 which came in 1955 starring Dev and his wife Kalpana Kartik became a record-breaking hit.

In 1957, in his movie Paying Guest, he showed his unique acting skills and the songs of this movie also became evergreen hits.

He did Kala Pani in 1958 with Madhubala which became memorable among the audiences. The movie had some famous songs which are classics. 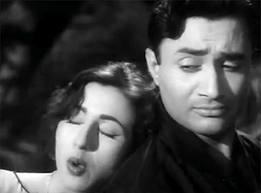 A song from this movie "Acha Ji Main Haari"

Teen Devian came in 1965 where Dev Anand had three heroines Nanda, Kalpana & Simi Grewal. He showed his some his finest acting in this movie.

Dev Anand Top 10 Movies
Below is the list of Dev Anand Top 10 Movies of all time.
10.) Hum Dono
This movie is must watch for Dev Saab's incredible acting as playing a double role, one as a poor guy and other as a major in the army. Also, watch it for simplest and beautiful 'Sadhna' and sweet and charming Nanda. It's one of a kind of a love story which you don't want to miss. 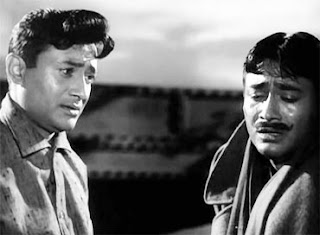 9.) Baazi
This movie comes out as a very very special one for Devanand and many others. Baazi makes Dev Saab a star but it also special for him because he secretly married his co-star and his present wife 'Kalpana Kartik' during the shoot of the movie. This flick is also special for actor-director 'Guru Dutt' who made his directorial debut with this Anand-Geeta Bali-Kalpana Karthik starrer Baazi, a crime thriller with noir elements. 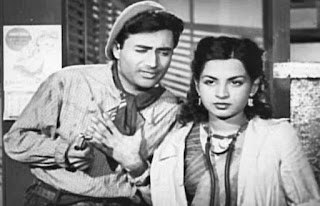 8.) Tere Ghar Ke Samne
It a beautiful and simple love story which was directed by Vijay Anand (Goldie). Dev Anand and Nutan performed superbly as a leading couple. The movie was greatly appreciated by the audiences. 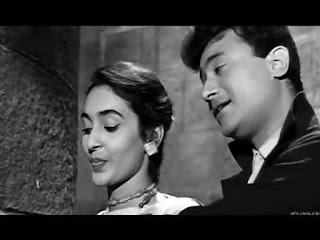 7.) Kala Paani
Dev Anand as Karan Mehra has found out that his father, considered long dead, was in a jail alive and serving a life term for a murder he did not commit, He vows to get justice for his family. So he all sets out to dig the truth that will prove his father’s innocence. Dev Saab was as superb as he is known for and Madhubala as the reporter and Nalini Jaywant as the fallen woman were excellent.  Also, watch it for two beautiful songs like "Hum Bekhudi Mein Tujko" and "Accha jee main hari". 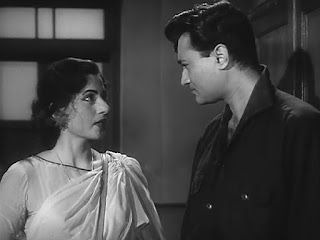 6.) Paying Guest
Nutan's commanding acting skills are the one to look out for. Dev Saab as charming and flirtatious and you can found many more characters in this romantic comedy. Paying Guest” is a story of a lawyer (Ramesh), who falls in love with his landlord's daughter, who manages to wins her heart but lost her faith in him due to some misunderstanding between them but our hero wins her heart and her and eventually saves her from the charge of a murder. 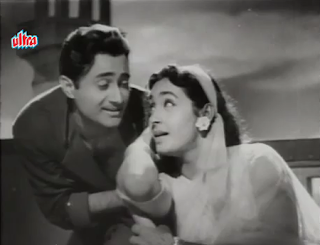 5.) C.I.D
C.I.D, a masterpiece of suspense and romance, Dev Sahab flawlessly performed the character of a smart CID officer, who is well versed in his job and also knows how to romance as elegantly as his work. The movie is also a debut film for the eternal beauty of Indian cinema 'Waheeda Rehman'. She looks as gorgeous and as simple in her first flick. One can also never forget the beautiful songs of this movie which are still fresh in our minds. 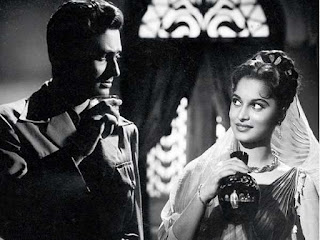 4.) Hare Rama Hare Krishna
Hare Rama Hare Krishna” was a phenomenal movie of the 70's era. It was a time when India and Indian youth going through a tremendous change. It was a time when a huge menace of drugs culture was growing. So Dev Saab who sense this changing and made a picture which showed this new change in our society. He made this an emotional story of a lovely relationship between a brother and a sister. A brother who saved her sister who indulged in drug addiction. Zeenat Aman who played the role of Dev Saab sister becomes an overnight star after the release of the movie. Songs like Dum Maro dum, Phoolon ka taaron ka are still remembered as some of the awesome songs of Indian cinema. 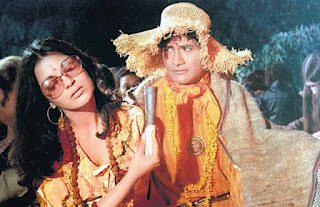 3.) Johny Mera Naam
It was a thriller movie and have had everything present to become one of the great movies of 70's era. Dev Anand looks awesome and young even after growing older opposite much younger and beautiful 'Hema Malini', it was her first film. Its a story of two lost brothers where one a becomes a criminal and other become a CID officer. The wonderful story and charming sons like 'pal bhar ke liye' is still remembered as one of the best romantic songs. 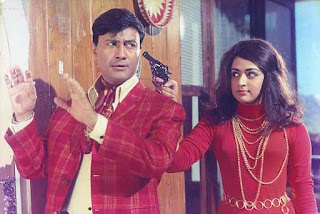 2.) Jewel Theif
It is one of those suspense movies which will never ever replaced. If you're watching it for the first time, you will be amazed by the storyteller and also think that in those days people are far ahead in making movies. Some of the superb acting of Dev Anand and veteran and talented actor Ashok Kumar. Jewel Theif should never we missed if you want to know the real Bollywood. 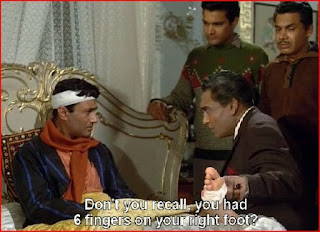 1.)  Guide
This movie is a magic of a great director 'Vijay Anand' and also the sublime music of SD Burman. It also a great story is taken from R.K. Narayan book, which becomes the backbone of this phenomenon picture.  Dev Saab become a superstar, Waheeda Rehman also becomes famous and movies were just awesome. Don't waste your time and watch it as soon as possible if you haven't watched it yet. 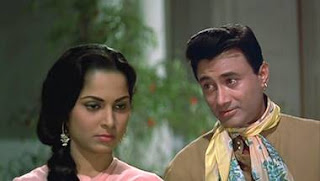 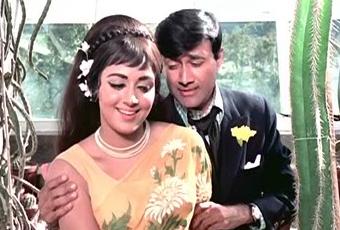 They did 8 films with each other & they are: 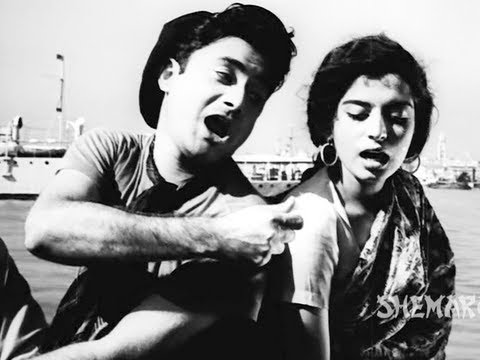 Kalpana Kartik (real name Mona Singha) only did 6 movies as an actor and they all stars Dev Anand. The list of their movies together is: 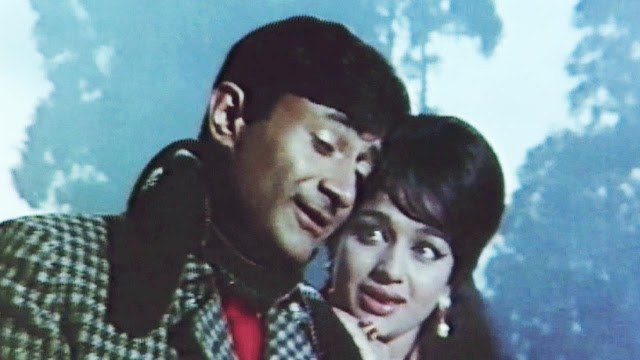 They did only 4 movies together & they are:


Dev Anand & Nutan Movies List
They did 4 films together and they are: 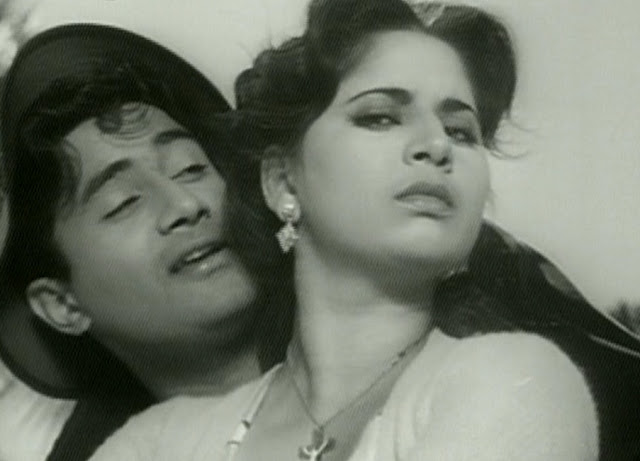 The pair worked in 6 movies together and the list is:

They only did 2 films with each other and they are: 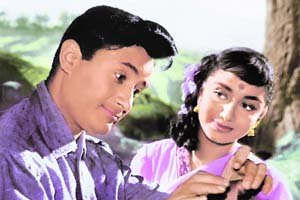 They only did one movie together:

He started directing films in 1970 and he kept directing movies till his death in 2011. Here is the list of movies directed by Dev Anand:

19. Chargesheet (2011)
Dev Anand Style
Incredible Devanand always known for his style. Whether his dressing style, mufflers, his mullers are popular in the 60's and 70's, his caps, he has had a huge collection of caps and everyone just loves to see Devanand caps.

He was the 'cool' hero of his times, who wears every new thing he saws or likes and later it becomes trends.

after seeing him in a black suit.

He also has had an infinite number of jackets. His cool hair puff was also famous in his halcyon day and he becomes a style icon for Indians. 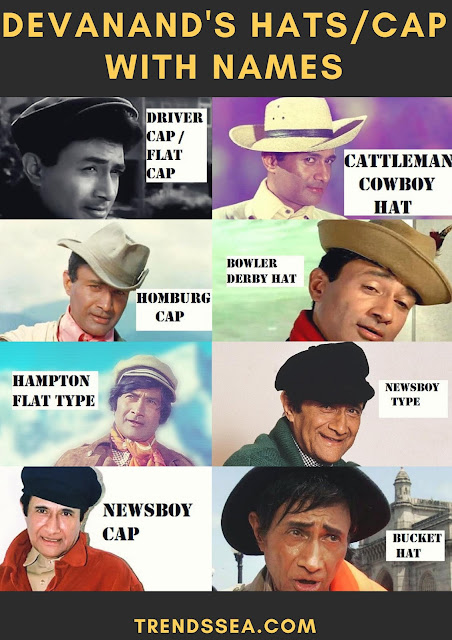 Dev Anand Quotes
Here below are some of the motivational quotes by Dev Anand. The legendary evergreen actor of Bollywood always been an inspiration for all fo us. The actor always remains youthful by heart. Although he always looks young in most of his life.

The secret of his youthfulness and energetic life, even during his last days of life is because he never carries the baggage of the past of any regrets and stress. As he said 'sorrows come in my life for just a short period of time, and I came back to normal life swiftly after that' As one of his quotes is  'I never hung on my sorrows, Its a waste of time'. That why I'm always energetic and full of life because I have nothing in myself that is related to the past.

Here is the list of  Top 23 Quotes of Devanand to inspire all of us during our difficult times and move towards our goal without discomfort and stress.


Dev Anand Hit Songs List:
Below is the list of Dev Anand best songs including romantic songs, sad songs, funny and inspirational ones. We have chalked the list of his all-time hits. 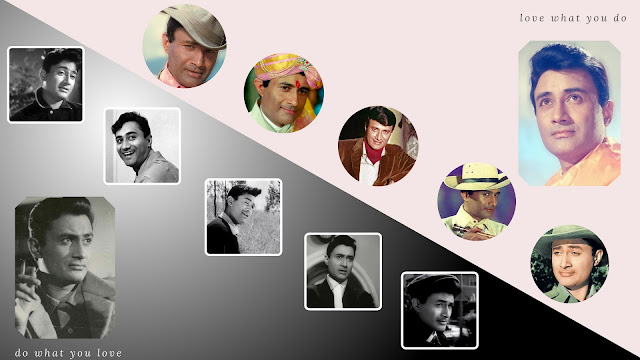 Paul Oz Takes Oil Painting Into the 2…
“The Friend Who May Not Seem a Friend…
What Causes Bed Bugs?
Self Motivation: How to Keep Moving F…
Vertiv Names Stephen Liang Chief Tech…