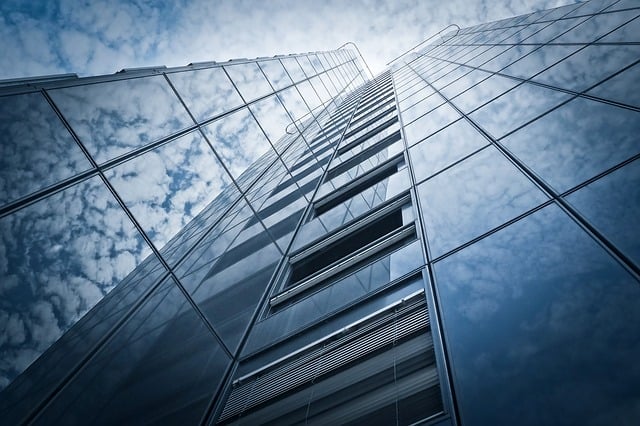 I have a theory that the nicest rooms, those with the best views, go to the sickest patients. If my theory is correct, I’m fucked. My room is on the second floor, which cantilevers out from the building, directly over the perimeter of a park overlooking a lake. It’s May in the Northeast, and when the window is open, the smell and feel of rebirth is enveloping, but also depressing, as I’m not sure I will see another spring.

I’m an actuary for a large insurance company, and the irony of the situation doesn’t escape me, as one of my main functions is to calculate the probability of people dying. For instance, I’m 59 and the probability of me dying this year is .010572 or about one percent. And my life expectancy is another 22.3 years or 81. My co-workers call me Sav, short for savant, because I’ve memorized the actuarial tables. So they’ll say “61 year old woman non-smoker,” and I’ll tell them 23.7 years. It’s not like I’ve made a conscious effort to memorize them, it’s just that after working with the tables for so many years, the numbers stick. For several reasons, I’m not a savant. I can’t do any of the amazing things that they can do. Some can multiply 5 digit numbers in their heads; others can tell you the day of the week for any past dates, what they had for breakfast that day and what the weather was. I also, at least as far as I know, don’t have any of the mental deficiencies that savants’ have. Basically, I have something like a photographic memory. I know the number pi to 350 places.

There are several park benches directly across from my window. I’m not sure if it’s the direction of the wind or the state of my Chemo fog, but some days I can hear the conversations distinctly, and on others I just catch snippets. There is one couple, “The Lovers,” who have been coming for the past two weeks since I’ve been here. They always arrive from the same direction, five to ten minutes apart, and they also leave separately. My guess is that they work in the same office and want to keep their affair hidden. Today they come as usual around 12:00 and 12:10. He appears to be about 60, with swept back grey hair – a Gordon Gekko type. She is much younger in her 40s, a little frumpy – far from a trophy wife. Normally they talk quietly, but today I can hear him say “I’m sorry. I’m trying. It’s devastatingly hard.” She replies, but it’s too soft. My eavesdropping is interrupted by the day nurse, Beverly. It’s time for my chemo session.

All of the nurses here are exceedingly nice, not fawning, but too nice. Unlike most nurses that I‘ve experienced, they never seem rushed or abrupt; they are always pleasant and solicitous. And it bothers the shit out of me, because I know that they know that I’m dying. Beverly is the exception. She is a large African-American woman with bouffant bright orange hair. I once told her that the only thing I’ve seen in the natural world that color, was one of my chemo drugs. She reminded me that this drug was not part of the natural world.

Our conversation today was typical: “How you feeling, Sav?”

“Cause it means you’re still alive.”

“Not an option today. Not on my watch.”

The chemo was delivered through a port in my neck and took about 4 hours. I didn’t mind the chemo per se, but the after effects were terrible; throwing up until only bile was left, violent headaches, and overwhelming, debilitating weakness.

Chemo again. Too sick to do anything but sit by the window. “The Lovers” come, but I can’t make out anything they say.

Last round of chemo for the week. “Lovers” come. They seem more animated than usual. I hear her say something like “classic” or maybe “toxic” but I can’t hear anything else. Around 3:00. a bunch of teenage kids show up after school.  They’re mostly horsing around, the boys taking the girls’ books, and the girls chasing them with mock exasperation. They all looked achingly young. 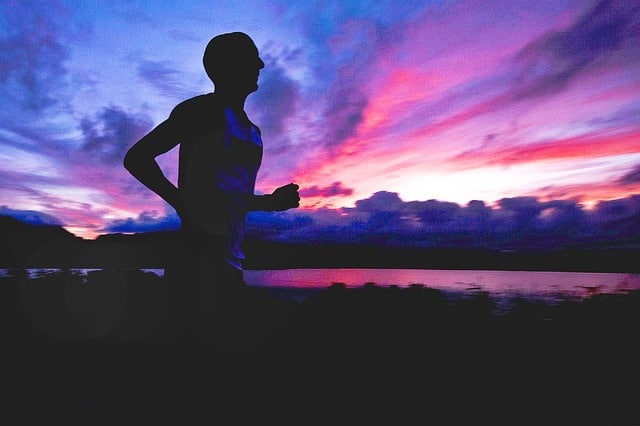 Today I feel terribly weak. It’s a beautiful day, and although it’s early, there are many joggers of all ages passing by. I wasn’t a great athlete in high school, and never very fast, but I could run forever. I was on the cross-country track team and made All-State. It was a long time ago, and my memory isn’t great, but I don’t remember ever feeling tired. Now, I get winded going to the bathroom.

Around noon I look for “The Lovers,” but for the first time, they don’t show. Later the teenagers arrive. I hear one girl say “If I don’t get into NYU, my life is over.”

My oncologist, Dr. Epstein, comes in at 4. I guess she’s in her early fifties, but looks younger with no make-up and a ponytail. Her style is matter of fact, no bullshit, but also optimistic. She thinks of us as a team and refers to everything as we. Like, “We are going to try this” or, “We can beat this.” One day when I’d been throwing up continuously for 48 hours and beyond miserable, I said to her “What’s this we shit? If it doesn’t work, are we gonna die?” She thought for a moment and replied, “A part of me will.”

She said hello and proceeded to scan my charts.

“Good,” she said. “I see you’re tolerating the chemo.”

“I’m glad that you’re satisfied,” I replied. “I’m throwing up everything, have wicked headaches and the strength of a 90 year old.”

“Those are common side effects. What’s important is that your white blood cells count is not low, so you don’t have an infection and your red count is also normal, so you’re not  anemic. I’m pleased because we’re in uncharted territory here.”

She’d previously explained to me that the type of cancer  I had, a sarcoma, was rare, and my particular type was very rare, with no known cure. She had, however, managed to get me into a Phase 3 clinical trial. Phase 3 indicates that it has already been tested on a small sample for safety and efficacy, and is now being assessed on a larger sample prior to approval.

“Dr. Epstein, I’ve been trying to determine the 5 year survival rate for my cancer, but can’t find it. Do you know it?”

“No Sav, sorry,” she replied. “There haven’t been enough cases.”

“Also, because there have been no survivors?”

I slept on and off for the rest of the day.

When I filled out the admission forms, it asked my religion, and I entered Jewish, but when it asked if I wanted visits from the clergy, I entered “No,” as I’d not had any religious affiliation for 40 years. Nevertheless, at 11 a.m. a small rotund man dressed in a suit appears at my door, and I know he must be a rabbi. “Hi, I’m Rabbi Offseyer. I know you didn’t request any religious officials, but I thought you might want to talk.” 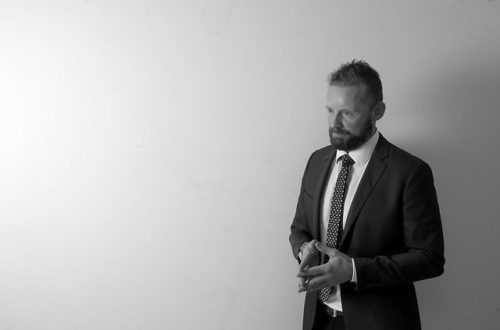 Normally I’d have made some excuse, but I wasn’t thinking fast enough anymore, so I just nodded my head. From afar, with his beard and baggy suit he looked older, but up close he appeared younger, perhaps late 30s. This was the last thing I wanted, some recent rabbinical school graduate giving me his philosophy of life.

He inquired about the origin of my name, and I told him.

“Does it bother you?”

“So how are you feeling?

“Well,” I said. “Given that I’m probably dying, not too bad. Other than the effects of chemo, which may kill me first, I’m not in much pain.”

“Considering everything, it’s okay. I don’t know why, but I’m not particularly depressed.”

“Are you afraid of dying?”

“No. Maybe. A little. But you know what bothers me the most?”

“That I’ve wasted my life.”

“You know,” he said. “In the five years I’ve been doing this – going to hospitals and hospices – I must have met with hundreds of people of all ages, many of them mortally ill. And your fear, that you’ve wasted your life, is the most common complaint.”

“Somehow,” I said, “knowing that my fear is ordinary, doesn’t change anything.”

“No,” he replied. “It just makes you human. Tell me, are you married?”

“Do you have a partner?”

“Not at the moment.”

“And they love you? You love them?”

“So,” he said, “that’s something very special – to love and to be loved. It’s rarer than you might think.”

“I know that rabbi, and it keeps me going, but it’s not enough. I’ve spent the last 40 years mostly working. As I told you, I’m an actuary, and I calculate the probability of people having accidents, getting sick, dying. I’m really not helping anyone except a large corporation. I realize that if the company is profitable that it will create jobs and help people, but that’s too remote – not nearly enough.”

“I understand,” he said. “But that’s the way it usually is. Not everyone is a Mother Teresa or Albert Schweitzer. Most people work for companies, like yourself.”

“How about you? You are constantly helping people.”

“Me? I have a congregation of about 300 of which 90 percent come once or twice a year for the high holidays. I don’t think I help them at all, except maybe assuage some guilt. I do try to comfort people at the time of their bereavement, but I’m not very good at it. Yesterday I was at a Shiva call for a 5 year old boy who died of leukemia. The family was inconsolable. They showed me a picture of him, sandy hair, blue eyes. And you know what I did?”

“I hear that a lot also. The body ages and the soul stays young. One of the best things I’ve read about getting old was from a poet whose name I’ve forgotten. He said: ‘What a strange thing to happen to a little boy.’”

“I didn’t originate it.”

We were interrupted by the nurse to check my vital signs. 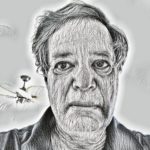 About the Author – Len Fried

Len Fried is a retired physicist/engineer. He’s had several stories published in literary magazines, and has recently published a book of stories and poems, “Taxman and Other Works”. I addition to writing he enjoys tennis, golf and blackjack. Len Fried is also an Enrolled Agent, which is a federally licensed tax preparer. In this capacity he annually helps complete tax returns for over 350 lower and middle income clients on a pro bono basis. Len Fried lives with his wife, Maureen, on the Connecticut shoreline, and can be reached at [email protected]

Did you like this story by Len Fried? Read more fierce fiction:

Someone to Watch My Back
The Prisoner: Free at Last
Scented Beans Destroy Themselves
The Window
Moon Window