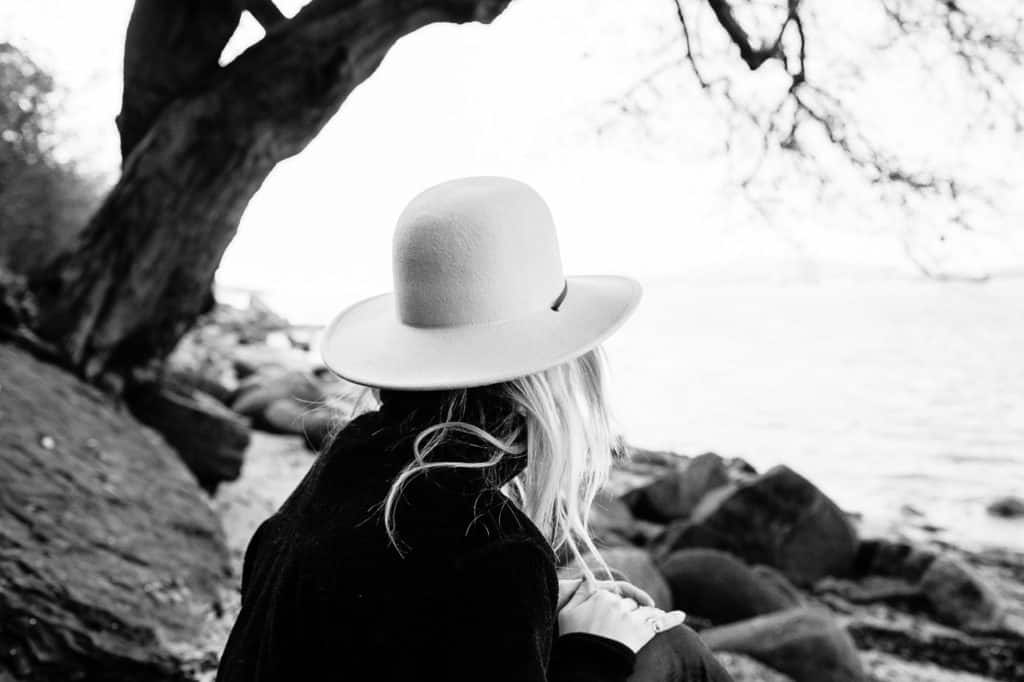 I was diagnosed with Breast Cancer at 49 in February 2016. I went through chemotherapy and then had a bilateral mastectomy in August 2016. The first time I looked in the mirror about a week after my mastectomy, I choked on my tears, horrified that the breasts that I loved, and my husband loved, and with which I had nursed and loved my children, were gone and replaced by round, rigid expanders used to create a pocket under the chest muscle where implants would be inserted months later. I had no nipples. I had no areolas. I looked like a Barbie doll with scars. I hated my reflection and wondered, “Who is that person?”

To answer this question, I spoke with other survivors who shared how they worked through their feelings of grief and loss. In those conversations, I learned that in the days and weeks following breast surgery, many women find it emotionally devastating to face their new physical reality.

Chiara D’Agostino, a model and blogger at Beauty through the Beast from Montclair, New Jersey, was diagnosed at 42 in 2014 and developed metastatic disease two years latter. When she first looked at her reflection after her mastectomy, she “fell on the floor and just cried.” Rachel Park, a tie designer from Los Angeles, was diagnosed at 40 in 2014. Following her surgery, Rachel says she could not look at herself. “I was very scared.” While Rachel never wanted cancer to define her, she still felt diminished because she “lost all of these parts that made [her] a woman.” Maria Renner, an exercise physiologist and mother of three children from Dallas, was diagnosed at 36 in 2014. After her surgery, Maria felt “like the Bride of Frankenstein. I lost a big part of myself. This was when I felt most broken.”

When I decided to have a bilateral mastectomy, I didn’t think about how I would feel about my body later, as I was focused on doing everything I could to continue living. When I confronted that reality in the mirror, I was not prepared for my emotional reaction to that loss, for the shock to my deepest sense of myself.

In the months that followed my surgery, I came up with ways to avoid looking at myself – wrap in a towel, put on a robe, or get dressed without looking down. Although my husband reminded me that I remained beautiful to him, I could not bear to get dressed in front of him or let him look at me during those months, not an uncommon experience.

Dana Donofree was diagnosed at 27 and is the founder and Chief Executive Officer of AnaOno Intimates, a lingerie company for women who have undergone breast surgery. Following Dana’s surgery, she no longer felt feminine, but “diced, sliced and confused.” She, too, would not take off her clothes in front of her partner.

“We feel vulnerable around those we love the most.” Dana explained. “Breast surgery causes a deconstruction of the self. So, while we appear normal to the outside world, when we peel back the layers, we don’t feel that we are expressing our true selves.”

In addition to the physical losses, breast cancer patients often experience other less obvious losses. Certain hormonal therapies can induce early menopause. They also have side effects, such as the loss of sexual desire or vaginal dryness that makes sex painful or impossible. For young breast cancer patients, in particular, the impact on their sex lives can be particularly challenging for them and their partners. “The hardest part is having no sexual desire as a 39 year old woman,” said Maria. “I felt so broken because I could not provide my partner with the intimacy that he enjoyed, needed and wanted,” Dana said.

Nora McMahon was diagnosed with ovarian cancer at 39 in 2015. Unlike breast cancer, where ovarian cancer is suspected, the woman must undergo surgery to diagnose the disease. When Nora awoke following the surgery, her husband broke the news to her that, yes, she had ovarian cancer, and yes, her ovaries and uterus were removed. For Nora, one of the hardest parts of being prematurely forced into menopause was the loss of her period. “I feel like I’m on my own island because I am not the norm. That makes it harder for people to relate to me.”

While we deal with the loss of intimacy with our partners, we also often find that cancer changes our relationships with our friends. Karen Gordon, a speech language pathologist from Basking Ridge, New Jersey, was surprised at how many people she didn’t know well supported her while she was in treatment by making meals and sending cards. Karen was equally surprised when one of her closest friends avoided her completely. “I was so hurt and disappointed. I don’t think I will ever look at that relationship in the same way again.” 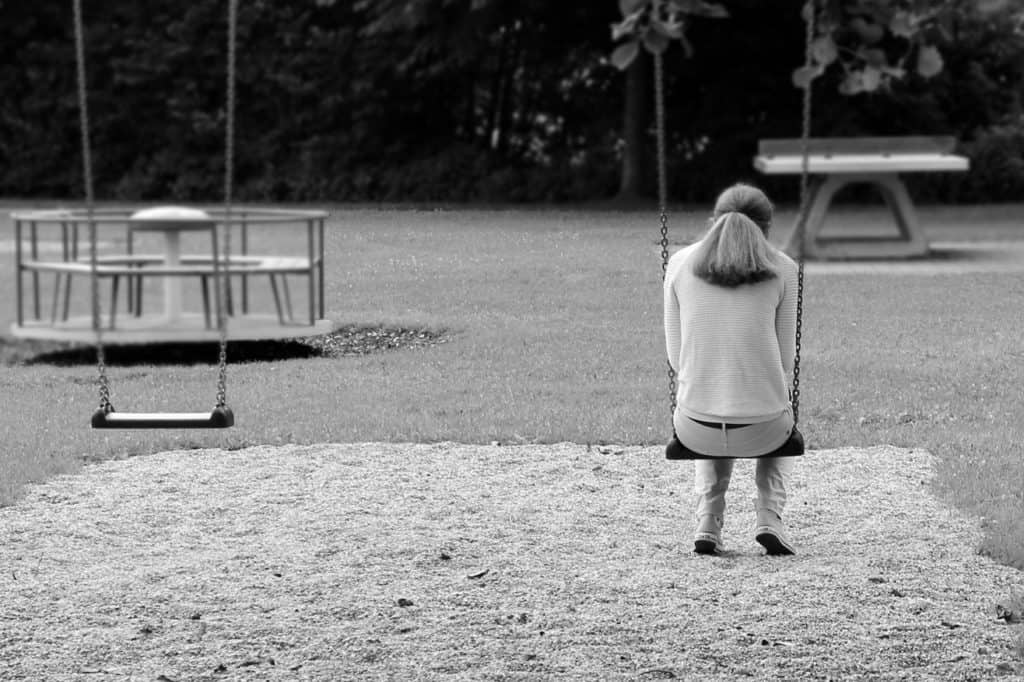 One of the most difficult challenges faced by women of childbearing age who are diagnosed with cancer is the risk of loss of fertility, which may occur in two ways. First, the cancer may affect the reproductive system directly. Second, cancer treatment, including chemotherapy, radiation and surgery, can damage the reproductive system. Hormonal therapy also can induce early menopause, which ends ovulation. Depending on a woman’s age, she may regain her fertility after treatment, but not always. There are a growing number of ways to preserve fertility in the face of a cancer diagnosis, such as through egg and embryo freezing. However, these treatments are costly and typically not covered by health insurance. In the whirlwind of a cancer diagnosis and treatment plan, it is difficult to consider the potential impact of these decisions to future fertility, particularly for younger women who may not have even considered parenthood and who may not be able to afford the treatment at all.

Lore Delapena, a recently married public relations professional from Mexico City, was diagnosed at 29 in 2015. When her oncologist told her that she had to take Tamoxifen and that it would cause her to become menopausal, Lore became “completely and absolutely depressed.” To preserve the possibility of having children, Lore and her husband chose to harvest her eggs. Lore underwent in vitro fertilization, and her embryos were frozen. Once Lore is in remission for two years, she can attempt a pregnancy.

In contrast, when faced with surgery to determine if she had ovarian cancer, Nora and her husband had only a few minutes to decide if she wanted to harvest her eggs for a subsequent surrogate pregnancy. Although Nora and her husband chose not to do so, the fact that they had to make this decision at all was another loss to be grieved.

As Rachel explained, the greatest misconception about cancer is that treatment is the hardest part. “It’s not. When we get to the finish line, we have to figure out what life after cancer looks like. We have to get comfortable being uncomfortable.” In other words, we need to learn how to live with the fear of recurrence, which can last for the rest of our lives. Even though more than five years have passed since the end of her treatment, Melanie Lisitski, a vice principal of a grammar school in New Jersey, explained her anxiety:

“It’s almost as though I need someone to tell me I don’t have cancer every day.”

I was not prepared for how unmoored I felt after treatment had ended. Initially, my family, friends and I celebrated “the end.” Yet, as it got closer to my first three-month follow-up appointment, I became more and more anxious. During chemotherapy and following my surgery, I had spent so much time focused on “getting through it.” My doctors, nurses and other health care professionals had wrapped me in a cocoon of care — day after day, week after week, month after month. Now that it all had ended, the cocoon had unravelled.

I was expected to fly off into “real life,” and yet I could not sleep at night. I was short with my family. My heart raced as I drove to the doctor’s office. I only calmed down when my doctor told me I was okay. As Nora explained, the hardest thing about life after cancer is the “mind-fuckery” of the experience. “I expected to go back to normal life,” Nora said, “but it wasn’t normal because the anxiety is always there.”

Dana Holwitt, a breast surgeon and breast and ovarian cancer survivor, was diagnosed at 36 in 2009. Dr. Holwitt explained the importance of grieving in healing. When she was diagnosed, she did not allow herself to grieve. She never allowed herself to be a patient so when her treatment was over, she “got stuck” in an endless cycle of anxiety and worry. “If I had allowed myself to get mad and be sad, I would have had better coping mechanisms when I had finished treatment, and I share that lesson with my own patients. It’s okay to get angry, but not to stay there.” 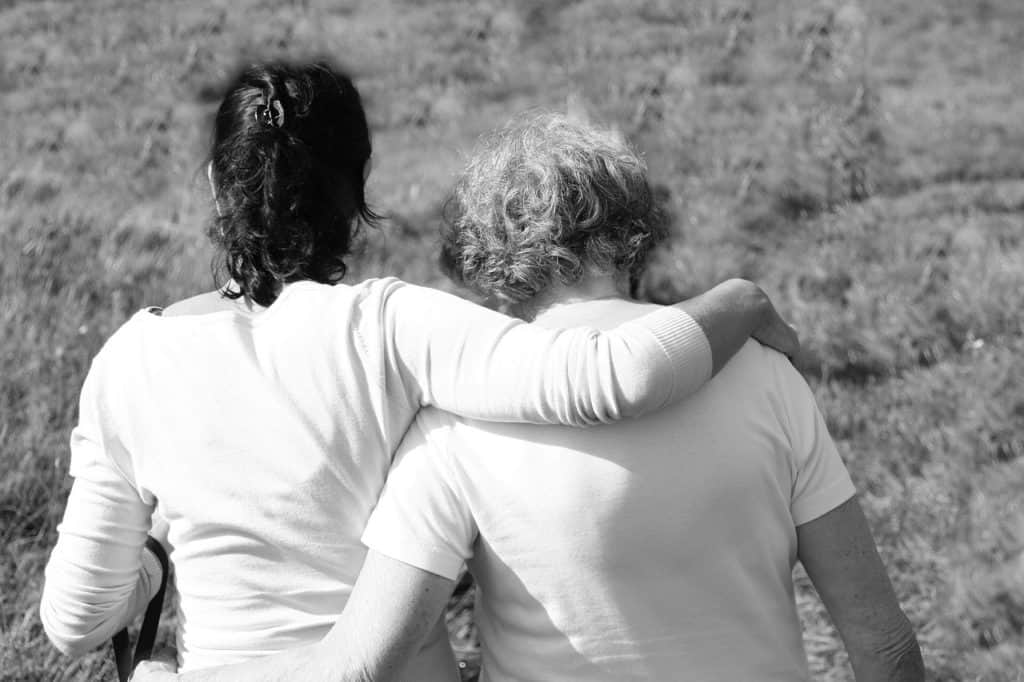 Notwithstanding the physical and emotional losses, all of the women I interviewed found that, after they allowed themselves to grieve, they were able to examine critically where they were in their lives and decide how they wanted to live going forward. Some, like Dana, Chiara and Maria, have become patient advocates for various communities, including the young survivor community and the metastatic community. Nora founded Cancergrad.org, an online community for cancer patients and survivors.

, a stylish, chest-comforting seatbelt pillow; Dana started her lingerie line for women who had breast surgery. Others, like Melanie and Maria, have decided to do more with their families or partners, not to put off their “bucket list.” “I don’t want to miss the good stuff,” said Maria, “I’m done with waiting.”

For me, moving forward means that rather than write marketing pieces or legal briefs for a law firm, I am writing my own story. I take time every day to reflect, meditate and pray. I support other women who are newly diagnosed. I listen to their fears and worries. I share my experiences. Through these conversations, I have formed new relationships. With each passing day, I am learning to live life, reconstructed.

About the Author – A Reconstructed Life (…life after breast cancer) 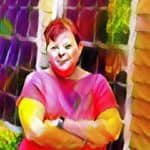 Born in Brooklyn, NY, Christine P. Corrigan grew up in Staten Island, where she was diagnosed and treated for Hodgkin lymphoma at age 14. At the time, she wrote about the experience in a black marble notebook. She dreamed about becoming a writer after taking a journalism class with a favorite high school teacher, but became a lawyer instead. After she survived breast cancer at 49, she decided it was time do the thing she’d dreamed about. Now a freelance writer, she shares her experiences with wit and frankness. She lives in New Jersey with her husband, three young adult and teenage children and devoted Cavalier King Charles Spaniel. When she’s not writing, she’s working in her garden, reading, cooking, or supporting other cancer patients. Her essays have appeared in Wildfire Magazine, Purple Clover, Racked.com and on other websites. She is working on her first book, a memoir about her cancer experiences and the lessons she learned from them.

Did you like this article about life after breast cancer? Read more nonfiction articles like “For David,” and “To Hell and Back in Time for Dinner.”