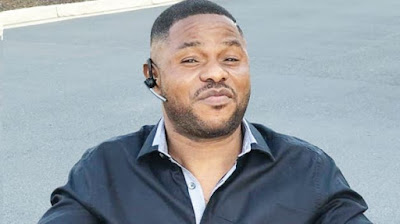 Yinka Ayefele
Popular singer, Yinka Ayefele, is in the news again and this time it is because his property which is estimated at over N800m is on the verge of being demolished by the Oyo State government.

The notice which was addressed to Ayefele read, “Having failed to comply with the earlier stop work/quit/ contravention notice (s) served on your development or as your structure is found to be structurally defective/poses danger or constitutes a nuisance to the occupier or the general public, you are hereby ordered to vacate the site and remove the structure thereon within three days, failure of which the government shall effect the removal and commence legal action against you in accordance with Section 43 of the law.”


Speaking to Saturday Beats through his publicist, David Ajiboye; Ayefele said that the demolition of the edifice which houses his radio station and music studio is politically motivated.

“We don’t see it as a threat; instead we see it as a challenge because the planned demolition of the music house is politically motivated. When the governor visited the studio in 2016, he said people told him to demolish the building because Ayefele was not in his camp. The building was approved in June 2008 as a business premise; that is over 10 years ago,” he said.

Ajiboye quoted verbatim the statement made by Ajimobi when he visited the studio in October 2016.

“I want to use this opportunity to thank God for the ability to be here because when we contested the first time and won, a lot of people came to meet me to destroy the music house because Ayefele is not for us and he is always using songs to insult us. But I didn’t see any reason why I should demolish it because I felt if Ayefele is not for us now, he may be for us later.

I am happy today that Ayefele is beside me now and I pray that the business will keep flourishing and this is the best studio I have seen in Oyo State.”

Ajiboye further said that the organisation passed all required tests to erect the building on its current site and wondered why the government wants to demolish the structure.

“We have the deed of assignment which is the equivalent of a Certificate of Occupancy. We have a copy of the approved building plan dated June 6, 2008. In October 2012, the governor said he was going to demolish the building to pave way for the dualisation of the four lanes. The engineers came and they demolished a part of the fence, not the building.

“Until six weeks ago, we got letters from the government agencies in Oyo State telling us that they want to evaluate the building. We asked them to come; they came on June 26, 2018. They titled the letter, ‘Re: Emergency request of proof of planning from Bureau of Physical Planning’.” They claimed we didn’t get approval for the radio tower permission the mast that was erected in the building.

“Their final recommendation was that since the developer had deviated from the approved building plan, it automatically meant that the building is not covered with an approval any longer.

During the week, the commissioner issued a press release claiming that they got series of petitions from people that stated that in the last nine months, accidents have occurred on this road and it is as a result of the presence of the music house; but that is a lie.

Ajiboye further told Saturday Beats that Ayefele’s company is not worried over the development and is not prepared to beg the government.

He said, “We are not losing sleep over this incident. It is beyond Ayefele now and we are not prepared to plead with them. If they want to come and demolish the building, they should come but we are not occupying the place illegally. What was the government looking at since for over 10 years? This government has been in power for seven years.

“We are expecting them; they said they will come in the midnight. The truth of the matter is that they think we will come to them to worship them but we have not offended them. If they knew the building was not properly situated, why have they been collecting premises permit from us monthly? Why have they been taking tenement rate from us monthly? They brought a letter for us to pay for entertainment, canteen fee.

The governor has visited and he praised Fresh FM. Most of the governorship aspirants in APC have visited us and we featured them on the air for free.”

Ajiboye lamented that if the government destroyed the building, it would mean that it had no respect for the rule of law.

“If they demolish the Music House, it means they don’t have respect for the rule of law. The commissioner for information had told us to change some of our analysts because they are too harsh on the government but that is against the ethics of our profession in this radio station.

The commissioner for information and culture said this about two months ago before all these started; so we were not shocked when the commissioner started making this move against us. We were ready for the attack but we didn’t know the angle they would hit us from,” he said.

A Comparison of the Environmental Imp…
CBD 2020: What to Expect + Our Top Pr…
Traffic Wardens reject new uniform ba…
Help For The Inner Journey
500 One Word Substitution Book PDF Fr…