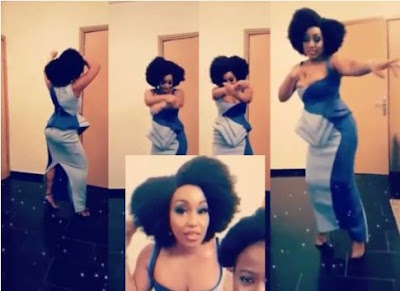 The film producer is a fashionista who paids so much attention to how she looks and appears in public.