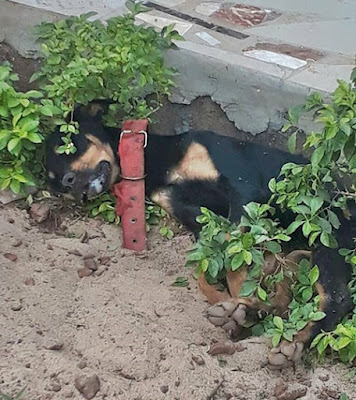 The dead dog
A Facebook user identified as Ifeanyi Valentine Romeo Obunadike, has taken to social networking platform and posted photos from the burial of his beloved dog who was killed after a fierce battle with a python.


He shared the photos and wrote:

"Meanwhile, I lost my dog. He was a great hunter, loyal and royal servant. Very dedicated and selfless. "He died after a fierce battle with a python. May his soul rest in peace. Condolence visit still ongoing." 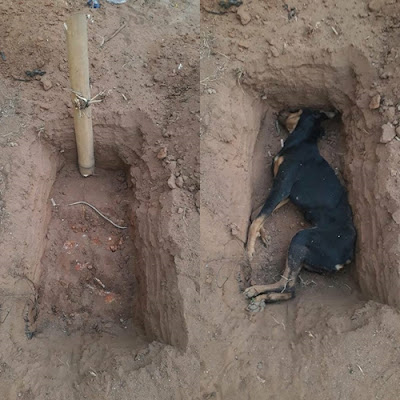 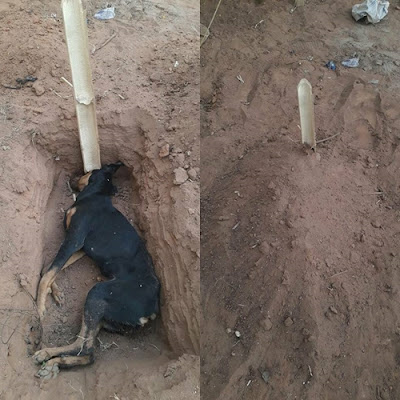