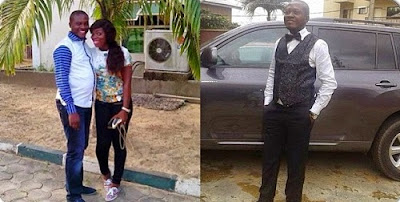 
She was sentenced on Tuesday by hanging. The deceased, a lawyer from Sagbama Local Government Area and his wife Victoria from Brass Local Government Area and staff of the Bayelsa Arts and Culture, had been cohabiting for years before they decided to legalise their union in 2014, though it was yet to produce children before the unfortunate incident.

Victoria was said to have stabbed Henry on the neck on the faithful day after a misunderstanding between the couple and was confirmed dead by doctors at the hospital.

Justice Aganaba, before reading his judgement, said the prosecution called six witnesses and produced seven exhibits while the defence only had one witness who happened to be the accused.

The Judge who pointed out that the circumstantial evidence against the accused was overwhelming, said all facts confirmed that she was the only person with the deceased at the time of death and the only person to have the opportunity to have killed him.

According to him, Victoria committed a murder of passion which was a result of jealously as the couple were obsessed with each other.

I hope that person the discretion would look at the circumstance of this case and do the needful. I hereby pronounce my sentence. My sentence upon you is that you shall hang on the neck until you die. May the Lord have mercy on your soul.”


This post first appeared on Ogbeta.org, please read the originial post: here
People also like
First Night of the Seven (7) Nights of Christmas and Carols COGOP SVG
The Benefits of a Plant-Based Diet for Fitness
GALA DALI – THE MUSE OF THE SURREALISTS
10 Reasons You Need Life Insurance
What is accidental life insurance
Fiction Series So Big, They Cross Multimedia Platforms: The Witcher Series by Karen Wiesner
DAVIDO: 3 YEARS OLD BOY IFEANYI, IS DEAD
Planning for Retirement
5 Unusual Phenomena That Video Technology Has Given Us
Know 7 Most Translated Texts in the World- you’ll be Shocked
THE COME UP: An Oral History of the Rise of Hip-Hop by Jonathan Abrams - OUT NOW!