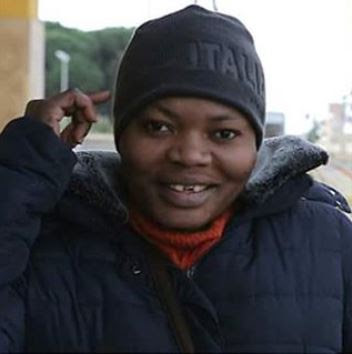 Becky Moses
According to a report by La Repubblica, as many as 100 grants protested in the town of San Ferdinando in south-western Italy on Monday, January 29, after a fatal fire in a tent city housing hundreds of migrants.

The protesters marched in silence from the remains of the encampment to the town hall, according to the USB , a union that campaigns for migrant workers’ rights and which organized the demonstration.


Some of them held photos of Becky Moses, the 26-year-old Nigerian woman who died in the fire that broke out in the night between Friday and Saturday.

Two other women were badly hurt and dozens of others received treatment for less serious injuries, La Repubblica reported. 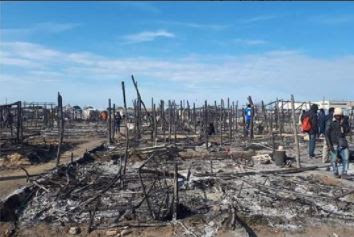 The scene of the fire
According to the newspaper, Moses had only been staying in the encampment for a few days before her death. She was previously a resident in Riace, a small town on the other side of Reggio Calabria province that has rehoused refugees from all over the world as part of a widely praised resettlement program.

However, having recently had her application for political asylum denied, Moses was obliged to leave Riace and had been sleeping instead in a tent in San Ferdinando.

The encampment, on the outskirts of San Ferdinando in an area called Rosarno, is home to around 1,000 people living in tents and shacks. Most of the residents work as labourers on local farms.

The shantytown sprang up after violence broke out between locals, migrants and police in 2010, leaving more than 50 people injured and prompting hundreds of foreign workers to flee the centre of town.

Tensions have remained high in Rosarno ever since. 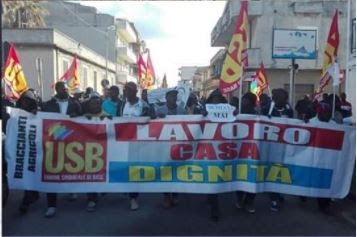 Many people came out to protest
According to the Italian aid group Doctors for Human Rights (Medu), as many as 3,000 labourers – the majority of them with valid residence permits for Italy – live in the camp at the height of the harvest, working for minimal wages and sleeping without electricity or running water in conditions that the NGO describes as “shamefully inhumane”. It calls the tent city “one of the biggest ghettoes in Italy”.

The cause of the fire last weekend is unclear, though smaller blazes in the past have resulted from residents lighting bonfires for warmth. As a result of Monday’s march, USB said, regional authorities have agreed to allow people living in the camp to register as local residents.

Anyone whose documents were destroyed in the blaze will also be given an official certificate of loss to help them obtain replacements, the union said.