My Mum Supports My Teachings - Daddy Freeze Says, Shares Photo Of His Mother 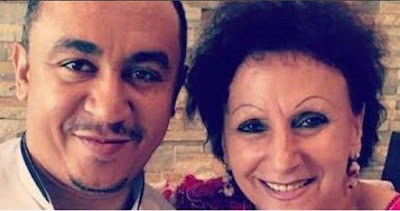 Daddy Freeze and his mother Daddy Freeze is widely considered to be one of Nigeria's most controversial OAPs.

The radio personality earned his notoriety by his constant attacks on certain church practices such as tithing.

Over the years, Daddy Freeze has gained a massive following of die-hard fans who listen to his teachings. Now, the OAP's mother has joined his sea of followers.

Freeze posted a photo of his mother and himself on Instagram with a message she sent to him, telling him to be strong.

My Mum Supports My Teachings - Daddy Freeze Says, Shares Photo Of His Mother