Commercial Bus Plunges Into the River Along Agbor-Benin Expressway 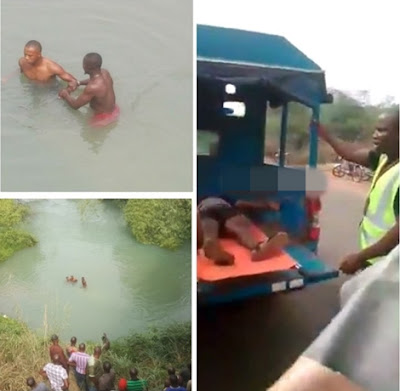 Photos from the scene
A fully loaded 18-passenger commercial bus which left Lagos state and probably heading to the Eastern part of the country on Friday, plunged into the river after being hit by a trailer, along the ever-busy Agbor-Benin expressway.

According to multiple online reports, three victims were rescued by local divers while other were feared killed in the river after tragic car crash.

Commercial Bus Plunges Into the River Along Agbor-Benin Expressway