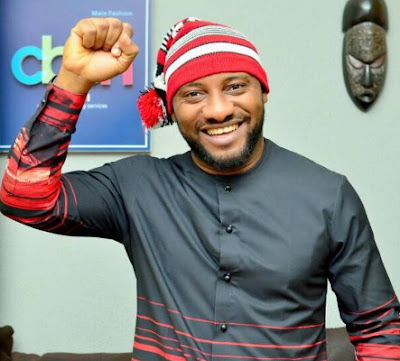 Yul Edochie
Actor, Yul Edochie, took many by surprise when he announced that he would be contesting for the governorship position of Anambra State in the recently concluded elections. Even though it started like a joke, Edochie stuck to his guns till the end.

When the votes were eventually counted, Yul had 145 votes, which was one of the lowest in the race.


However, in a chat with Sunday Scoop, Yul stated that he doesn’t feel bad about the outcome of the election.

He said, “I don’t feel bad about it because it is all politics. A lot of things were done not to favour me, to make sure that I don’t raise my head high. I’m not really angry about it. Even though we did not win, I feel like we won for the Nigerian youths.

I faced a lot of challenges to raise funds and to run the race till the end, but I was determined because I wanted to pass a message across to the youths that it is possible. We made a lot of progress.”

Sharing his thoughts about the conduct of the election, the actor said, “We have a winner and a government that would be around for the next four years. I don’t think challenging his victory would be in the best interest of anybody. We all want Anambra to progress. The governor needs support. Election has come and gone; the next thing is for everybody to support the current government and make sure that the next four years would be the best four years for Anambra people. That’s what matters for now.”

Maintaining that the political space is conducive for youths, Yul, who is the son of veteran actor, Pete Edochie, said, “I believe that the political space is welcoming and encouraging for youths. The problem is that a lot of youths are not ready. That is why I took the bold step to prove to the youths that it is doable. They shouldn’t be scared of anything. Nobody is going to harm you, or do anything to you.

Come out and let your voice be heard. I ran the race to the end, though I had a lot of offers from people who asked me to step down. But I rejected all that because I wanted to prove to people that I have where I am going, which is to provide good governance and give the people better life.

The youths should stop waiting for the person that would share money to them; they should make sacrifices. I left my comfort zone for some months, and I used my money and time to pursue what I believed in. I believe it was worth it. It’s just sad that most of the people in politics today are only after their pockets.

Within that time, I was able to learn a lot about Anambra State and its people.”

On if he would be willing to work with the state government if called upon, he said, “Of course, I wouldn’t reject any position. Everybody wants to be elevated in life, but for me, it’s more about having the opportunity to work for the people. So I can tackle some of the issues affecting the people that I learnt in the course of my governorship campaign.”