African Countries to Abolish Visas for Nigerians - Minister of Information 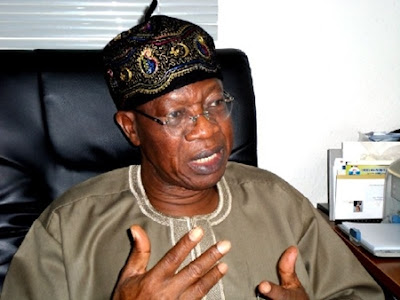 Minister of Information, Lai Mohammed
While speaking to newsmen shortly after defending his ministry's budget before the Senate Committee on Tourism, in Abuja, yesterday, Minister of Information, Culture and Tourism, Alhaji Lai Mohammed, disclosed how President Muhammadu Buhari is spearheading a programme where Africans, including Nigeria, would not need visas to visit other African countries.

According to Daily Sun, the minister said once the move is accomplished and the visa regime is liberalised, tourists would be encouraged to visit African countries.


He noted that there is an improvement in Nigeria’s visa regime and that the current “visa on arrival programme” recently introduced by the Federal Government, is working very well.

He opined that Public, Private Partnership is one of the most viable ways to revive the tourism sector and that efforts are being made by the present administration in that direction, adding that there is remarkable improvement in the sector’s activities.

He said: “Anybody who has been observing what is happening in the creative industry, including culture, film industry, fashion, will see that there is remarkable transformation and that is because government has provided the enabling environment.

“The creative industry is on a tripod, the government, the private sector and the practitioners and what government has done is to give the support that the industry needs to grow. “For instance, sometime this year, the Federal Government included the film industry in the list of industries that will enjoy pioneer status.

What this means is that if you invest in this industry with a certain amount of money, you will be entitled to tax holiday for three years at the initial stage and another two years. In addition, dividends from your businesses will be exempted from taxation. This is one of the incentives government has given.”

The Minister said meetings had been held with relevant stakeholders in ensuring that they contributed their quota to the development of the sector.

“At the creative industry financing summit held recently, we met with the Inspector General of Police to express our concern at the rate of piracy. He immediately set up an anti-piracy unit in each command of the federation.

“We also met the Central Bank Governor asking for an intervention fund to the tune of 100 million dollars to enable people in the industry to invest in infrastructure. Also, as I speak to you, we are talking to NEXIM Bank. We are equally talking to some investors, who are ready to bring in 20 million dollars.

“This is to enable the industries, especially the film industry to have cinema houses all over the country. So, what is important is enabling environment,’’ he said.

Mohammed listed part of the present government’s achievements to include revival of the Presidential Council on Tourism, headed by the President, with ministers as members.

African Countries to Abolish Visas for Nigerians - Minister of Information