7 Men Nabbed as Investigation Into Murder of UNIBEN Professor Deepens 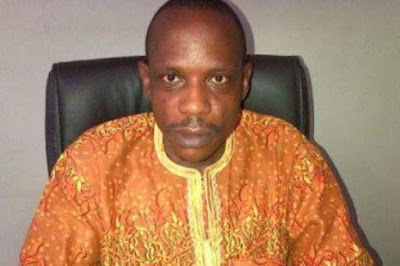 Otasowie, a senior lecturer in the Department of Electrical and Electronics Engineering, was on October 4 killed by gunmen in Ekehuan, Oredo Local Government Area of the state.


The deceased, who was a former Director of the institution’s Student Industrial Work Experience Scheme, was said to have been shot in front of his residence.

The Commissioner of Police, Johnson Kokumo, disclosed the arrest to journalists during a press briefing at the police headquarters in Benin. He explained that while two of the suspects were arrested before his arrival as the new commissioner, the five others were arrested on Monday and Tuesday.

He also said that a mobile phone belonging to the deceased was recovered from one of the suspects. Kokumo stated, “Before my coming on board there was this sad incident about the gruesome killing of Prof. Paul Otasowie. Before my assumption of duty on Monday, two suspects had been arrested in connection with the matter.

“Between Monday and now (Wednesday) that I assumed duty, we have been able to effect the arrest of five additional suspects. It may interest you to know that the telephone belonging to the late professor has been recovered from one of the suspects.

The new police commissioner also paraded 31 other suspected criminals, arrested for various offences in the state. He explained that the suspects included a gang of suspected kidnappers whose plan to abduct a prominent citizen in the state was foiled by police operatives.

According to him, a syndicate specialised in robbing fuel stations at night when sales to customers had ended were also nabbed. Kukumo added that the command arrested five suspected highway robbers while four cut-to-size guns were recovered from them.

The commissioner promised to run an information driven police command in partnership with sister agencies and different stakeholders in the state, adding that “one vital information is better than 1,000 AK47 rifles”. This he said was aimed at reducing crime to the “barest tolerable minimum”.

He also assured that the command under his leadership would ensure zero tolerance for corruption and urged residents to report any unlawful act by personnel of the command to him.

7 Men Nabbed as Investigation Into Murder of UNIBEN Professor Deepens