The 2022 Bank of America Chicago Marathon announced its defending champions’ return as the event continues to build on its comeback to global racing. Ruth Chepngetich (KEN), Seifu Tura (ETH), Tatyana McFadden (USA) and Daniel Romanchuk (USA) will be at the helm of this year’s elite field with a strong contingency of the world’s best athletes vying to dethrone them. The stage will be set for a fierce competition up front, highlighting Chicago’s long tradition of record chases, fast times, and gripping finishes.

What You Need to Know About Sydney Ep…
The Importance of Hydration in a Fitn…
Best 10 Food Delivery Apps to Satisfy…
Muslim American servant NARRATOR
High Paying Jobs ($100,000+ /yr) With…

“We’re thrilled to welcome our defending champions back to Grant Park this fall,” said Carey Pinkowski, Executive Race Director of the Bank of America Chicago Marathon.

“Chicago has a storied history of head-to-head competitions, world records and some of the best elite racing in marathon running. This year’s competition, which also includes American half marathon record holder Emily Sisson and American half marathon champion Conner Mantz making his debut, is going to bring much energy and enthusiasm to fans and spectators. We are ready for October 9.” 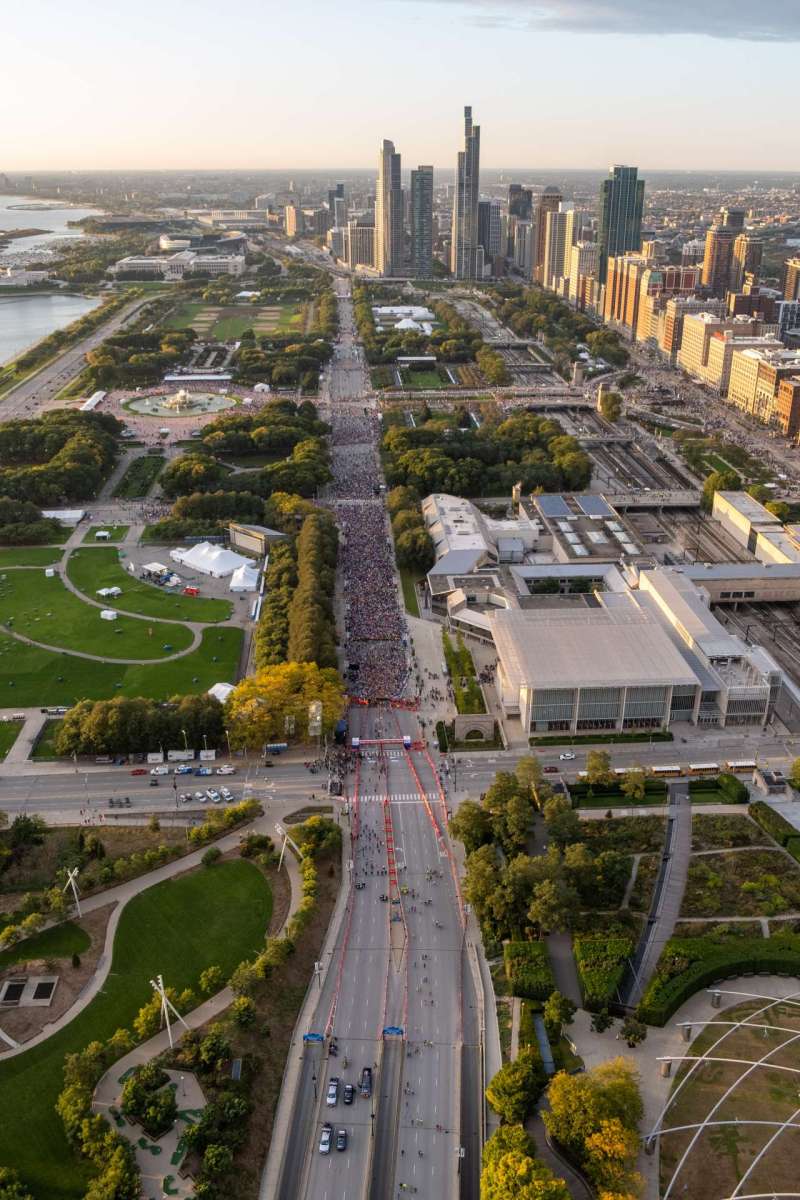 Chepngetich, the 2019 World Marathon champion and the fourth fastest woman in the history of marathon running, started on a world record pace at the 2021 Bank of America Chicago Marathon, dropping her pacer eight miles in while racing against the clock. She decelerated over the second half of the course but had enough to take the crown in 2:22:31.

Chepngetich, who is self-coached, kicked off her 2022 season with a win and a course record at the Nagoya Marathon (2:17:18). She recently dropped out of the World Championships Women’s Marathon due to health issues but is ready to take to the streets of Chicago and defend her title.

Unlike the fast pace set by Chepngetich, Tura ran a controlled strategic race last fall in the elite men’s race, waiting until 38K to pull ahead and win the biggest race of his career so far. Tura, who holds a 2:04:29 personal best, clocked 2:06:12 to win last year. His 2022 season includes a personal best in the half marathon, 58:36, and a second-place finish in the Paris Marathon. Following last year’s victory, Tura noted that he was not prepared for warm weather, but that he was “determined to fight to the very end.” Tura’s determination may make him just the fifth man in Chicago’s history to win twice in a row. 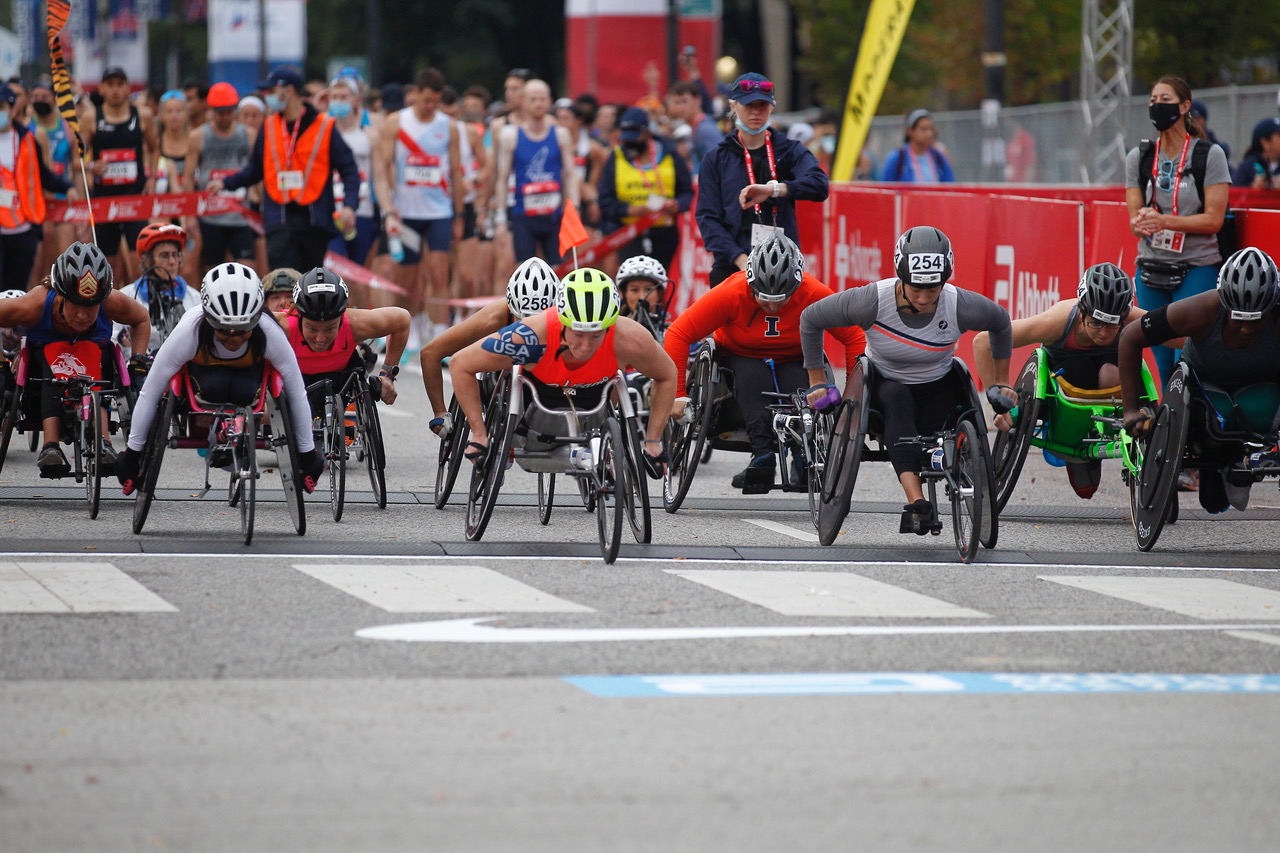 In the wheelchair competition, McFadden, whose nine titles make her the most decorated athlete in Bank of America Chicago Marathon history, returns to contend for her 10th win. McFadden boasts 20 Paralympic medals, including eight gold medals, 24 World Marathon Major wins, including four consecutive Grand Slams (first place in Boston, Chicago, New York City, and London in the same year), and has broken six world records in track and field.

Romanchuk, a two-time Paralympian, completed the Bank of America Chicago Marathon hat trick with a victory last fall and returns to pursue a fourth title. Romanchuk rose to the top of road racing in 2018, and his campaign continues today. At the 2020 Paralympic Games, he took home a gold on the track and a bronze in the marathon. 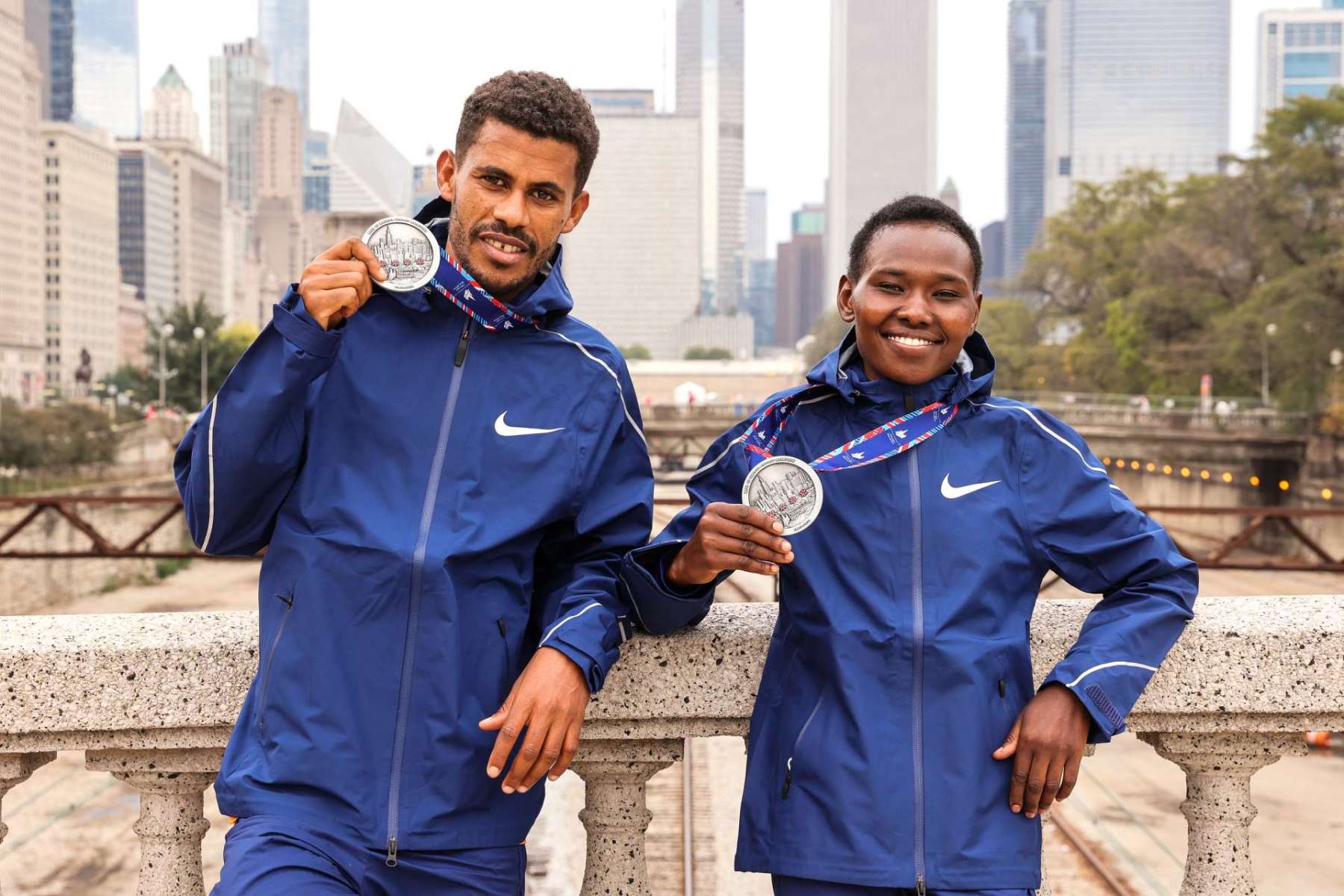 The Bank of America Chicago Marathon has a long history of welcoming America’s best runners across its finish line, stretching back to Joan Benoit Samuelson setting the American record en route to her victory in 1985. Khalid Khannouchi dominated at the turn of the century with four victories, including both world and American records, Deena Kastor clutched the win in 2005, and Galen Rupp stole the show in 2017. Last October saw five American men and seven American women finish in the top 10, a feat that highlights the strength of U.S. distance running. This year’s field includes several top American runners, including Emily Sisson and Conner Mantz.

Sisson, a six-time national champion and the American half marathon record holder (1:07:11), could put the American Marathon record (2:19:12) in jeopardy as she races to break the tape in Chicago. Sisson stands out as one of the most dominant American women on the track and the roads, making her Olympic debut in the 10,000m at the Tokyo Olympics and her marathon debut in 2019 in London. Sisson ran the fastest ever marathon debut by an American on a record eligible course (2:23:08), and she set an Olympic trials record in the 10,000m on the track (31:09) in 2021, breaking a record that stood for 17 years. This October marks Sisson’s first appearance in the Bank of America Chicago Marathon.

Mantz, known for his front-running style and capacity to handle pain (referred to as the “Mantz pain chamber”), made a splash on the collegiate level, winning the NCAA Division I Cross Country championships in 2020 and 2021, and earning his first U.S. title in the half marathon in 2021. Mantz’s time in the half marathon, 1:00:55, ranks him ninth on the all-time American list of half marathon performances. Mantz, an exciting newcomer to welcome to the marathon distance, could conquer the American marathon debut record, 2:07:56, set in 2019. Mantz is coached by 1994 Chicago Marathon runner-up, Ed Eyestone. 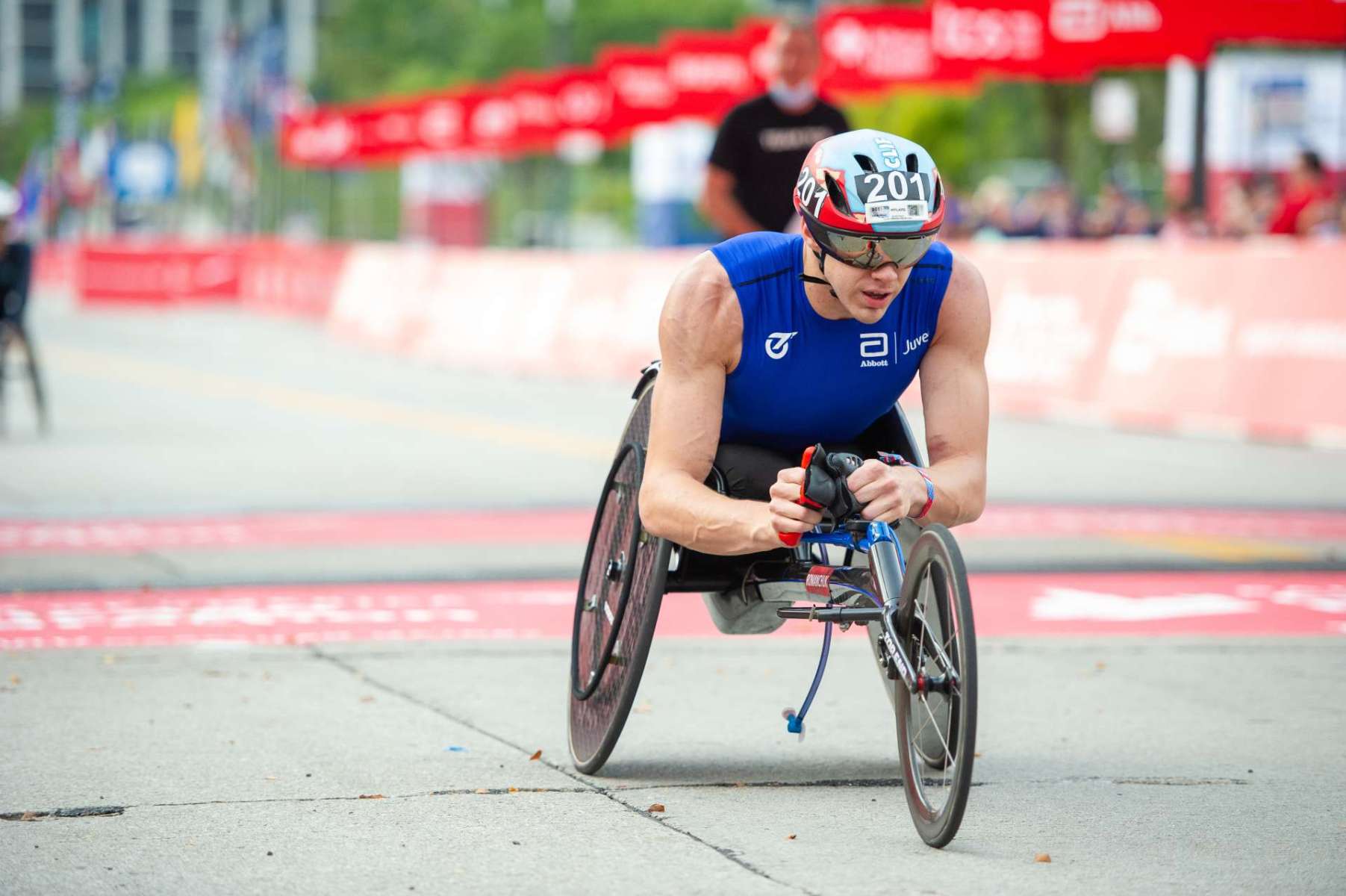 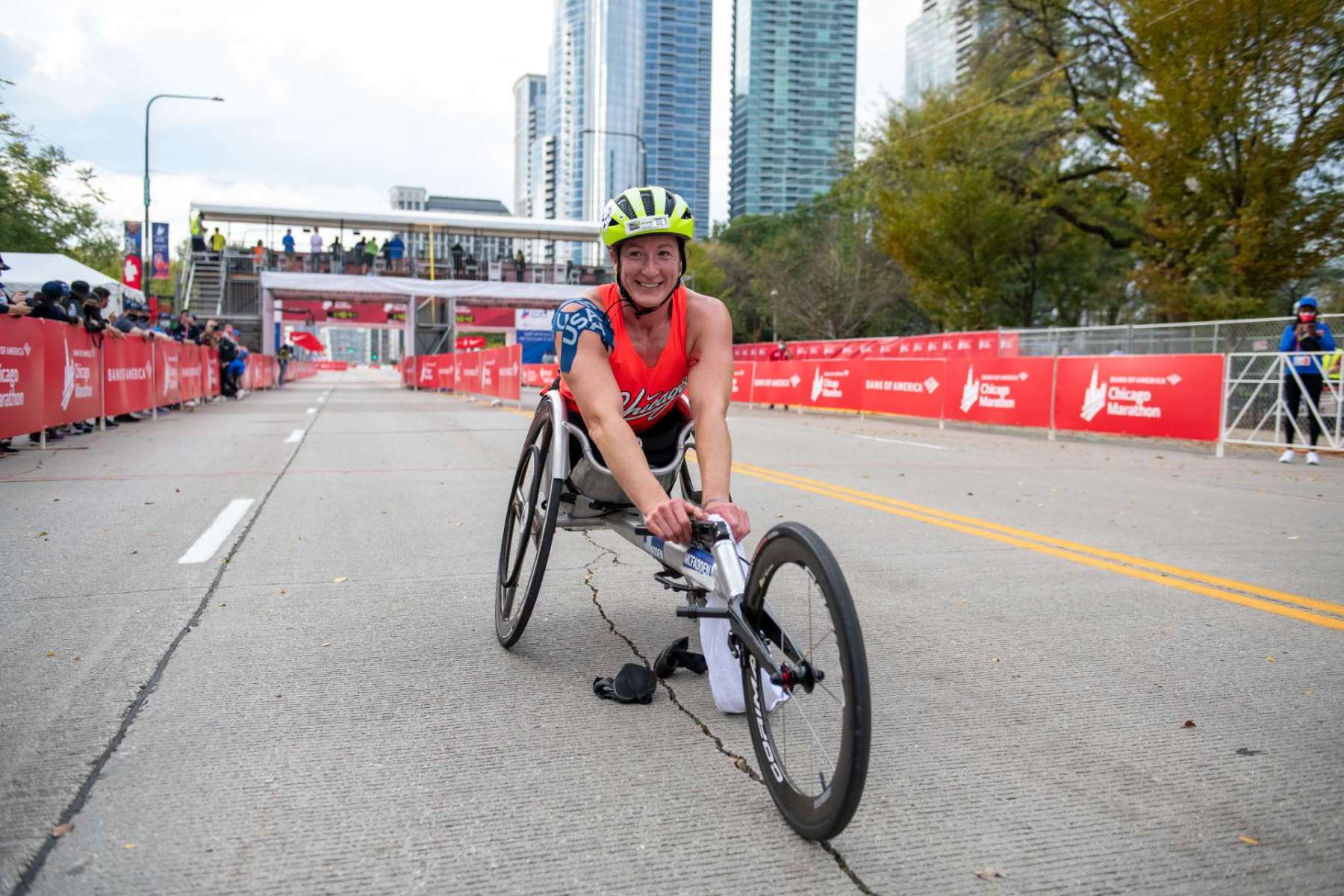 On the men’s side, Romanchuk will be challenged by Marcel Hug (SUI), third place finisher last fall Aaron Pike (USA), Sho Watanabe (JPN), Kota Hokinoue (JPN), and Rafael Botello (ESP). Hug stands out as the biggest threat to Romanchuk. Hug won four gold medals at the 2020 Tokyo Paralympics, and he won the Chicago Marathon in 2016 and 2017.

The post Defending Champions Set to Return to the 2022 Bank of America Chicago Marathon appeared first on UrbanMatter.