Online voting system: The corona period changed the picture of the change of human civilization in an instant. The world has just seen the change that would probably happen in the coming five years. Many old jobs became passed forever, and many new jobs were created in the different sectors. Looking at such a change, it seems that only Computers And The Internet Will Rule In The Coming Times. The country’s political process has also not remained untouched by this change. For the first time in the country’s history, due to Corona infection, the Election Commission has banned all political rallies in five states, including Uttar Pradesh, until January 22. Because of the propaganda of the epidemic, digital elections are being discussed. Before the Corona era, hardly anyone could have imagined that the election rally was not taking place after the battle of elections. 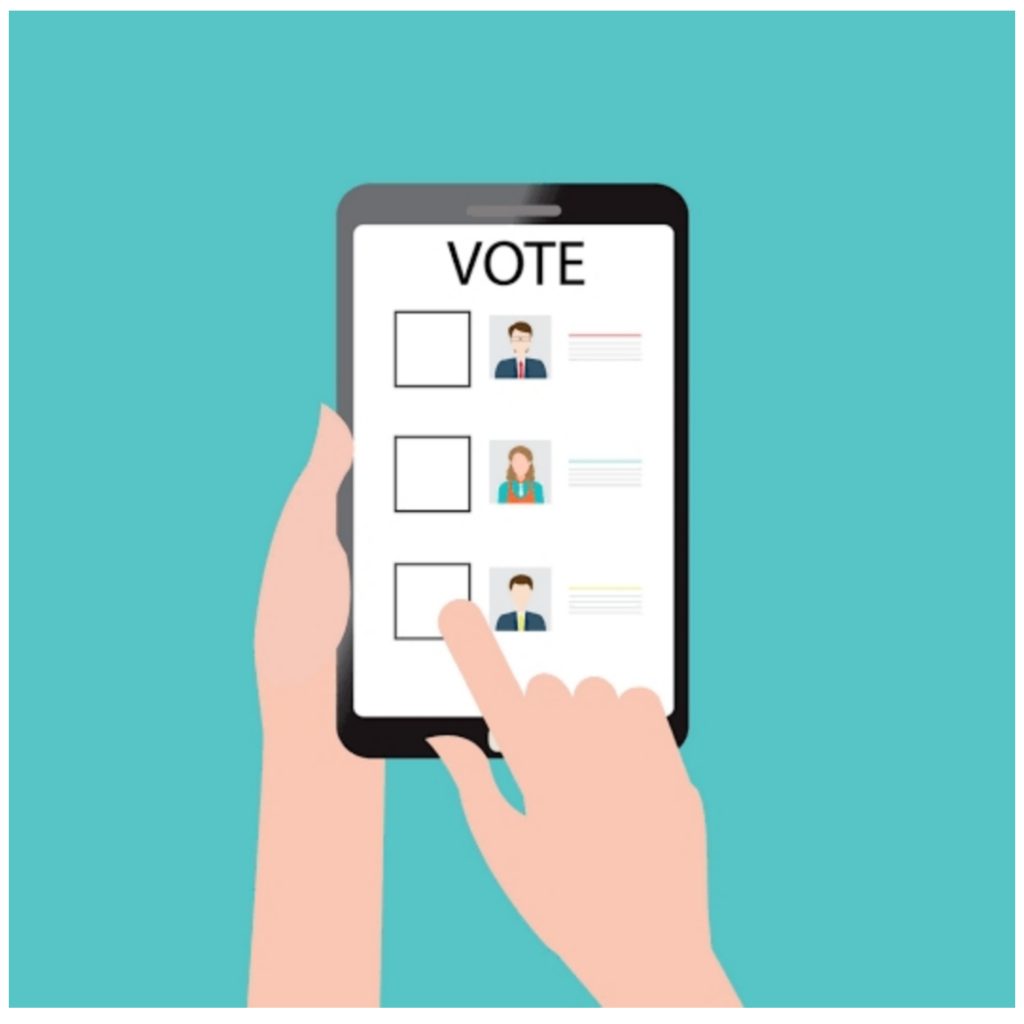 However, e-Voting is not a new concept. Many companies resort to apps and online surveys to get a direct opinion of the public on some issues. In such a situation, why can’t voting be done quickly in the country without queuing up and spending your time? Why can’t online voting take place when virtual rallies are happening? Such questions are being heard among people.

Even before the age of the internet, postal voting was provided in the country. Those in the military or are part of the voting process exercise this right. The only difference between postal voting and e-voting is that in postal voting, votes are allowed to be sent up to 7 days before the election date, whereas in e-voting, voting becomes possible on the same day at the same time. In principle, the concept of online voting looks very tempting. But in a country as large and diverse as India, there are many obstacles in its path, many problems during the online voting system. These barriers are some technical and some social, economic, and cultural.

The election is meaningful only when it is entirely fair; it is trusted by all the parties involved in the process. But the online voting system cannot guarantee this. Online voting will require a computer system and application containing bugs and errors. When this entire system comes on the internet, anti-India hackers from all over the world will become active. It is also a complex issue from the point of view of election security that no computer system cannot be hacked.

Voting is considered a private and secret process, but keeping this whole process confidential in online voting is a big challenge. Online voting can be easily influenced in a country where money and muscle power dominate the election process. The next challenge is that if a hacker hacks the system for some reason, then there will be a risk of it becoming public. It will tell which candidate or which party has been voted for. It would make the voter’s name and identity public and endanger his and his security. This fact can often be understood through reports of people being credit card holders and phone numbers being made public.

The third and most crucial challenge is that about the internet. Even though the internet has spread almost all over the country, its good speed and reliable service are not available everywhere. A large section of the country’s population does not have internet access. This problem has been seen across the country during online classes of children.

Not everyone is digital

According to the data obtained from research on education conducted by the National Sample Survey Office, only 27% of the households in the country have internet access at any one member. Having a mobile phone with a person is not proof that it is digital. Even if a person uses a smartphone, he cannot call himself digital. No person is digital unless such a person has internet connectivity and knows how to get aggregate and relevant information on the internet. In such a situation, all these obstacles will be a big challenge in the context of online elections.

Other problems during the online voting system are gender discrimination. About 16% of women in India are connected to mobile internet. It vaguely underscores a significant gender gap in the direction of digitization. Such a distinction defies the broader philosophy of election. Traditionally elections cannot discriminate between voting based on either gender. Due to online voting, all the deprived sections of society, including women, will get the facility to vote fearlessly; it cannot be guaranteed.

A UNICEF report from March 2021 shows that only a quarter of households in India had internet access before the pandemic. Even though this report is on children’s education, it shows that the country has a long way to go on the internet. By the way, one thing is for sure in this regard During The COVID Period in the country, many things have been seen moving forward in the hybrid model. On the pretext of compassion, but the debate in this direction should continue continuously, a practical solution will surely be possible.