Republic Day 2022 is dedicated to the Amrit festival of freedom this time. The one-time Republic Day parade will be the grandest and the biggest. In this, 75 fighter aircraft will fly on the Rajpath. It will commemorate the celebration of 75 years of independence of the country. The most advanced aircraft of the Air Force will include Rafale and Sukhoi, MiG, and Jaguar. Apart from this, Dornier and Dakota aircraft, which played an important role in the war against Pakistan in 1971, will also be part of the Republic Day parade. The Air Force and the aircraft of the Army and Navy will be involved in the biggest flypast of fighter jets on the Rajpath. 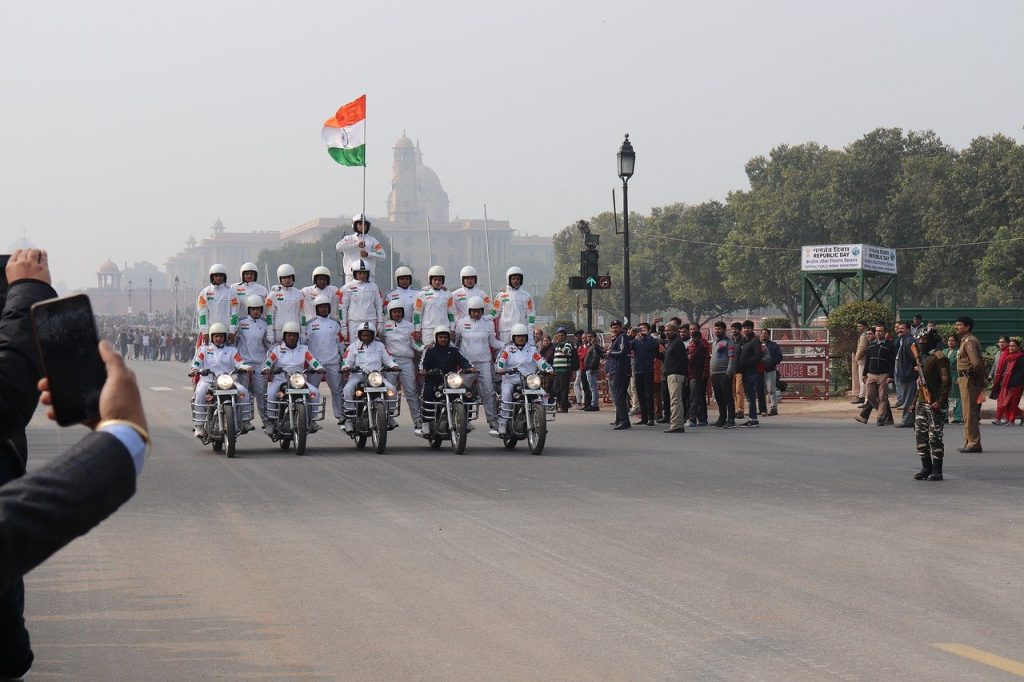 The elixir of independence is being celebrated amidst the challenges of the third wave of Corona. To make the Republic Day celebrations special, the Air Force has specially prepared Amrit Performance. According to the information, in the last part of the parade, seven Jaguar aircraft making the appearance of 75 will be seen dedicating this ceremony to Amrit Mahotsav. In the biggest ever flypast of the Air Force on Republic Day, there will be 16 different performances on the Rajpath this time.

Regarding the Republic Day(2022) parade preparations, Wing Commander Indranil Nandi, spokesperson of the Air Force, said that the flypast would be in two parts. There will be a tricolor flag display of four Mi-17 V5 helicopters in the first part. The flags of the three armies will also be waving in this. Four advanced light helicopters will form the Diamond Performance in the second part. After this, the march past, and tableaux of the army and security forces will come out on the Rajpath. In the last part of the parade, the Air Force will carry out a 75 aircraft-adorned flypast on the Rajpath. It will also include 7 Rafale jets along with the Air Force.

In addition, there will be 5 Rafales in the destruction performance to give a stern message to the enemy. On the other hand, 2 Sukhois, two MiGs, and one Rafale will introduce Rajpath in the Baaz formation. A Rafale will glimpse Vijay’s appearance just before Amrit Formation.

Tangle Formation to be dedicated to Vijay in 1971 war Dedicated to Tangail, the decisive front of the 1971 war with Pakistan during Bangladesh’s liberation war, the old Dakota and Dornier aircraft will remain in the function of this name. The Indian Army laid siege to the Pakistani Army by airdropping soldiers at Tungel near Dhaka from the Dakota aircraft itself. The Indian Army forced the Pakistani Army to surrender. The flypast will see one AWACS reconnaissance aircraft and two Sukhoi and MiG-29 fighter jets in the Netra formation. Together, Sukhoi fighter aircraft Trishul Formation and Mi-17 and Chinook helicopters will form Meghna Formation. The Navy’s P8i Anti-Submarine Aircraft and the MiG-29 Fighter Jet will show the Varuna Formation in the flypast. Amidst such preparations, this time, the Amrit Mahotsav of Azadi will be celebrated on the occasion of Republic Day.