Delhi is the capital of our independent India. A tall tower stands at a distance of 12 miles from Delhi. It is Qutub Minar. It is the strangest minaret in the world. Today, the form of Qutub Minar remains an object of attraction and wonder for the audience of the world. Anyone who sees the tower below does not go back without climbing up. It has a panoramic view of Delhi from the top floors. Today, we will know about Qutub Minar (one of The Tourist Places Of Delhi) in detail ahead in this. 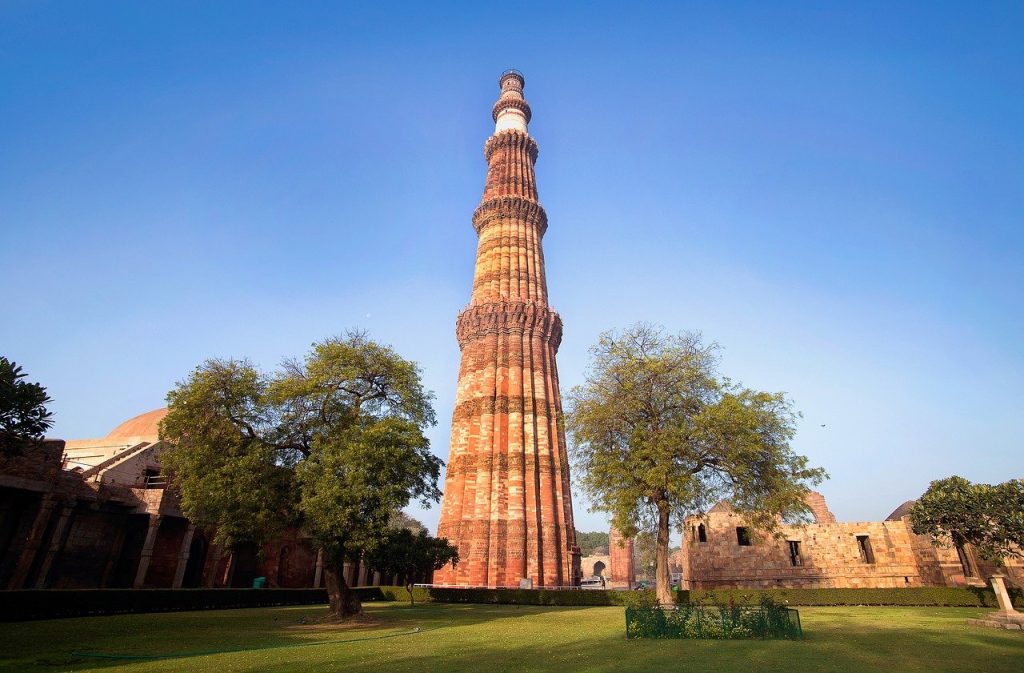 Qutub Minar is built by: Where this Minar stands today, Prithviraj Chauhan built a high pillar after he won a battle. That pillar was called Bela Pillar. But when Mohammad Ghori attacked India, he deceitfully captured Prithviraj Chauhan and took him to Ghazni. It is said that Gauri got Prithviraj killed there. After that, Mohammad Ghori handed over the rule of Delhi to his Sardar Qutubuddin. Qutubuddin started building a new Qutub Minar in his name in 1199. But only the first floor was built there. If he had not left the world forever, he probably would have continued the construction and left only after completing the Minar. But this could not happen.

After that, the emperor of the slave dynasty, Altumash, thought of getting this Minar built. After much deliberation, Altumush started construction. In it, the next 4 floors of the Minar were built. In this way, the 5-floor building of the Minar was ready. Thus, Qutub Minar, a 5-floor building, stood like this for 100 years.
When Firoz Shah Tughlaq was sitting on the throne of Delhi, he constructed two small floors built instead of the fifth floor. A roof was also installed on the head of this tower. Thus this form of Qutub Minar was formed in 1368. But sadly, in the same year, its upper part was broken due to a lightning strike. While repairing it, Firoz Shah got the fourth floor shortened, and then the fifth floor was built. First red stones were used, later white stones were installed on the fifth floor.

Qutub Minar History: In 1503, Sikandar Lodhi wanted to repair this pillar. So Sikandar Lodi got the Minar repaired on his wish, but in 1803, the roof above it was broken due to an earthquake. Then after that many people tried to repair it, but no one could get it repaired properly. So then Qutub Minar stood silent as it was. 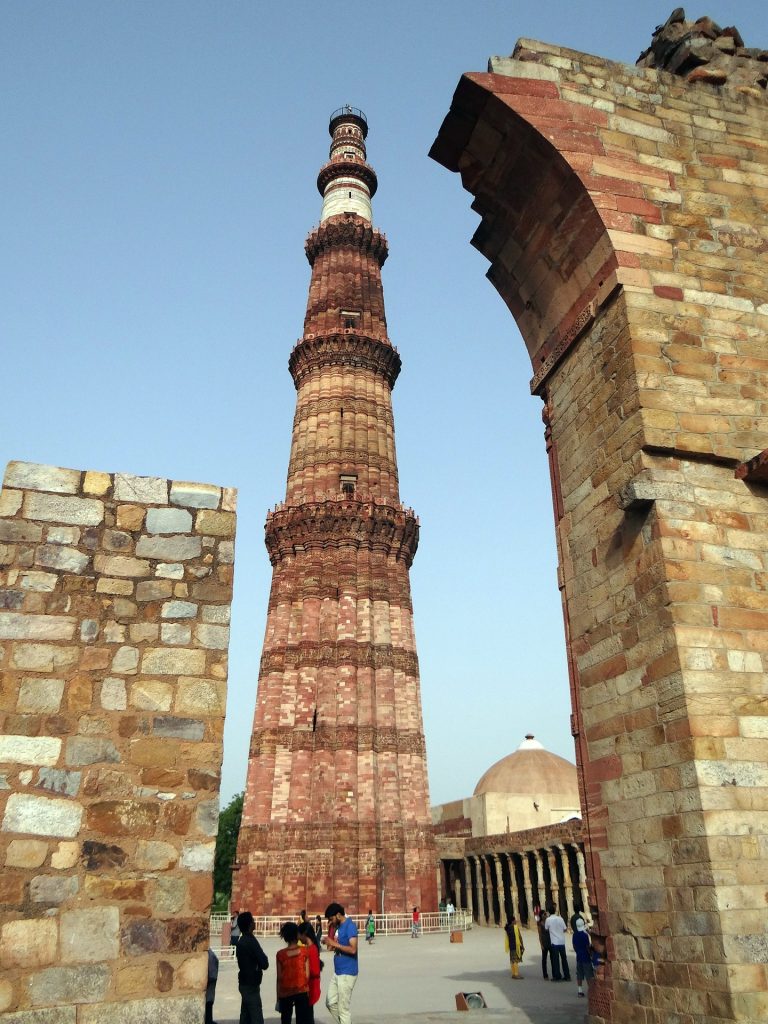 There is a curved staircase inside the Qutub Minar to climb up. Climbing these stairs, people go to the upper floor. It has four ruffled balconies. Looking at these balconies, it is known that these are the balconies of Hindu style. The construction of bells and chains is also of Hindu style. The first floor has been the evidence that the Minar was started to be built by Prithviraj Chauhan. Green trees are planted around it. There is also a nice garden. The Iron Pillar of Chandragupta’s time is also kept around it.

People come every year not only from their own country but also from other countries to see it. Especially during the national festival, when the whole of Delhi is ready, then there is a crowd of people to see and take photographs of the Minar. It is the highest point among the world’s minarets. People from other countries, whoever Come On A Visit To India, must walk once and reach Qutub Minar. Above all, he climbed the temple, and the whole of Delhi could be seen. However, many big buildings have been built in Delhi, which may not be seen from here. The government of India takes care of the Minar. UNESCO has approved the complex of Qutub Minar as a World Heritage Site.

The post Qutub Minar Of Delhi: Know About History appeared first on GyanWaleBaba.

This post first appeared on Mantra For Knowledge, please read the originial post: here
People also like
Things to Do in India- All You Need to Know Right Now Before Heading to India (2021)
भारतीय ऐतिहासिक स्थान | Historical places in India information