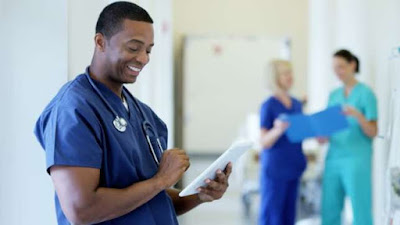 Researchers at the University of Arizona have de-bunked a common anti-Aging theory.

The Rock has yet to accumulate a wrinkle at 45, and Arnold Schwarzenegger is somehow 70 years old.

These men are a beacon of hope that man can evade the aging process. We've got some somber news for you hopefuls: ain't gonna happen. And much your 10th grade GPA, you can blame math for that.
Researchers at the University of Arizona say that stopping the aging process—and with that, the idea that a person could live forever—is mathematically impossible.

The Wonders of Pili Oil
ما هو سن الشيخوخة وآثاره
How to Boost Sexual Performance: 10 T…
Best Low Acid Coffees That Won’t Upse…
Interview with the legendary comic bo…
While it's more or less universally accepted that we will all die someday, there has always been hope, even amongst the science community, that the process of aging can somehow be stopped. One theory is that this could be done by figuring out how to slow down, or even eliminate, the "sluggish" cells attributed to aging.
Joanna Masel, professor of ecology and evolutionary biology at the University of Arizona, and Paul Nelson, postdoctoral researcher, recently conducted a study looking into the possibility of eliminating these poor-functioning cells. Let's just say their findings don't look too good for the man hoping to stay wrinkle-free well into his 100s.
"Aging is mathematically inevitable—like, seriously inevitable. There's logically, theoretically, mathematically no way out," Masel said, according to phys.org.
Pleasant, right?
The study, published in Proceedings of the National Academy of Sciences, found that while it would be possible to eliminate the cells that cause aging symptoms like loss of hair pigmentation and wrinkles, another problem cell would rise up to take their place: cancer cells.
"If you get rid of those poorly functioning, sluggish cells, then that allows cancer cells to proliferate, and if you get rid of, or slow down, those cancer cells, then that allows sluggish cells to accumulate," Nelson said. "So you're stuck between allowing these sluggish cells to accumulate or allowing cancer cells to proliferate, and if you do one you can't do the other. You can't do them both at the same time."
So, yes, eventually you will either succumb to a body full of cancer cells or a body full of slow, poor-functioning cells. Eventually. Researchers are still looking into other ways to stop the aging process (like a pill that could fix damaged DNA), but you don't have to sit around waiting for a scientific breakthrough to look a little younger than you actually are.
There are changes you can make to your routine right now that will help you age better. Step one, make sure you eliminate these six common habits that make you look way older than you actually are. Step two, check out Tim Ferriss's ridiculously simple anti-aging tips. Step three, enjoy your coffee—it's been linked to helping with slowing down aging. And step four, stop stressing about the wrinkles and focus on living a happy, healthy life. Work out, eat well, and enjoy the ride.