In a bid to keep up with the good momentum after recording huge success already from his previously released Hit singles respectively, Olamide Baddo breaks the ice to kill the curiosity of his lovely fans as he makes a huge return with yet another certified Hit this summer lending the prolific prowess of Africa’s leading act of the moment, “Davido” and the jam is dubbed “Summer Body”.
The unmatched combination of “Baddo and the “Baddest” on a Pheelz produced beat will definitely take you away and beyond as both acts gave a 100 to make it a total shutdown.
Summer Body was recorded and shot in Miami Florida, the video saw Olamide and Davido taking the African culture to a whole new level in far away America with the video directed by international ace film maker and Music video director, ‘Joe Yung Spike’ of Atlanta House of shoot, who has worked with an endless lists of American top acts like Gucci Mane, Pnb Rock, Rick Ross Amigos, and many more. Listen up, 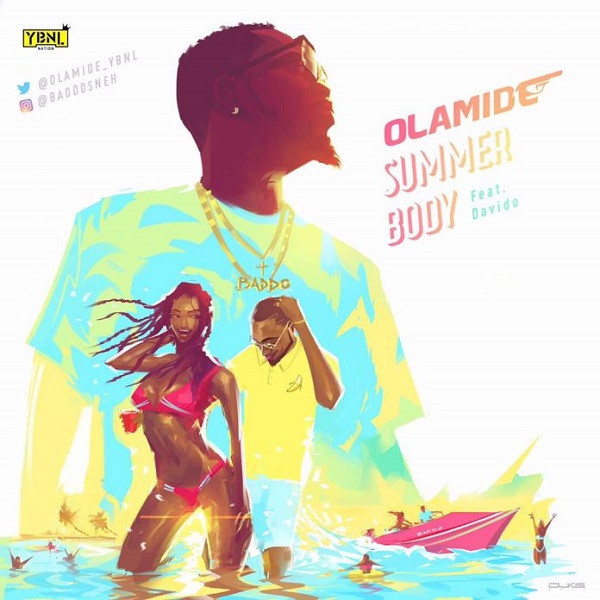