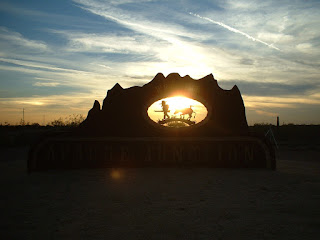 His name, Jacob, Waltz the lost Dutchman and the lost mine. The Gold that came from that mine is said to have a curse of bad fortune and tragedy. Gold, when analyzed for oar content, the exact location it came from can be established. To this day Gold that matches the lost Dutchman Gold has never been found. The lure of Gold, it is the foundation and back bone of every known form of money on the planet. Gold cannot be destroyed and is eternal it can be reduced to a powder and taken back to its original shape.

The Lost Dutchman mine was originally owned and mined by Mexicans until, Apache Indians killed them returning to Mexico except two young boys in there early teens. The Apache believed Gold was sacred and belonged to the earth and anyone that tried to remove it would be killed.  The two boys made it back to Mexico only to return when they turned 16 years old. The boys set up camp for the night soon to reach the location of the Gold. This is where they met up with Jacob, Waltz and told him the story of the Gold. The boys struck up a deal for food and water with Waltz to show him where the Gold was. This was there undoing because Waltz killed them after showing him the location of the mine. It is believed that Waltz killed 9 people including his Nephew to keep the Gold a secret.

Waltz, lived in Phoenix and traveled to and from the Gold mine most of his life. Jacob, Waltz died on Oct, 25, 1891 but before his death told Julia, Thomas a store owner and Reiney, Petrasch detailed notes and a Map of the exact location of the Gold mine. The legend of the Gold and the curse lay somewhere lost to the Superstition Mountains just east of Apache Jct. in the Arizona, Wild, Wild, West.

How to Exchange ETH to BTC Without Go…
Short Happiness Quotes From Famous an…
“The Friend Who May Not Seem a Friend…
What Do Carpenter Ants Look Like?
It’s Me – Chapter 4
Another Blog by me with Drawings on 1/4 sheet (just a hobby)

This post first appeared on Conspiracy Arizona, please read the originial post: here
People also like
How to Exchange ETH to BTC Without Going Crazy Over It
Short Happiness Quotes From Famous and Unknown People
“The Friend Who May Not Seem a Friend”: The Cat and the Fire, Part 1 of 3
What Do Carpenter Ants Look Like?
It’s Me – Chapter 4
The Trick to Always Looking Sexy for Your Guy
Last of the Irin Vol: 1 Review I A creative mash-up of history, and sci-fi
Don't Choose the Wrong Egg Glue Slime Challenge