Which Components of IT Infrastructure do we need for DevOps? 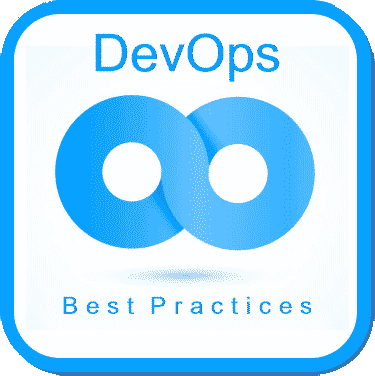 Components of
IT Infrastructure

Many companies that want to move to Devops eventually struggle with the question “What are the Components of IT Infrastructure we need? The use of DevOps stems from the desire to be able to release software more often and faster. The traditional Operations Team (OPS) however will not wholeheartedly embrace this because they would rather benefit from maintaining a stable infrastructure and its maintenance.

That is why the initiative for DevOps – or rather continuous delivery – comes from the Business, marketing, and R&D units. Drivers of this are:

These departments see the Components of IT Infrastructure as a given. It’s there, and will just work. Or as an old director of mine once said: “IT comes from a WiFi access point”.

The Nature of DevOps

DevOps is a contraction of Development and Operations. As Bart de Best wrote: “Both worlds are forged together in one team”. Within DevOps, we also make fewer distinctions between the different roles. We are no longer talking about Designers, Programmers, or System Administrators, we are talking about DevOps Engineers. Undoubtedly, the tasks will still be divided among themselves. 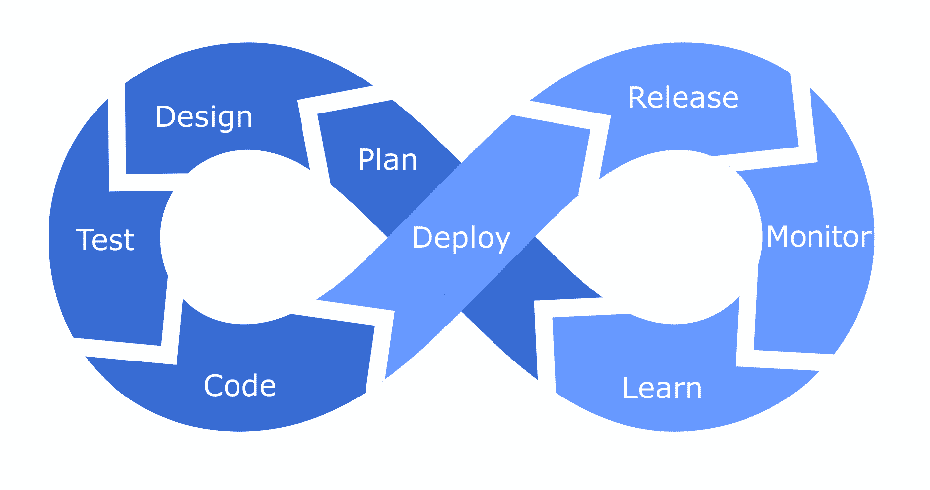 When we look at the DevOps Lemniscate (fig.1), we realize that the left part of the diagram mainly contains the DEV processes and the right part the OPS processes. The collaboration is concentrated where the lines intersect:

In practice, however, the collaboration goes much further than that. After all, the DEVs must ensure that the application also works properly and safely in production. And vice versa, the OPS must set up and maintain the environment in such a way that the DEVs can work properly and safely.

Components of IT Infrastructure and obstacles to implementing DevOps

The diagram below shows that this does not always work immediately according to Top Obstacles to Implementing DevOps from The Modern Developer. Apparently in 28% of the DevOps implementations, it is difficult to achieve alignment between Dev and Ops roles. But also most other obstacles have an organizational origine.

From this, we can conclude that it is important that a company is properly guided in the implementation of DevOps. 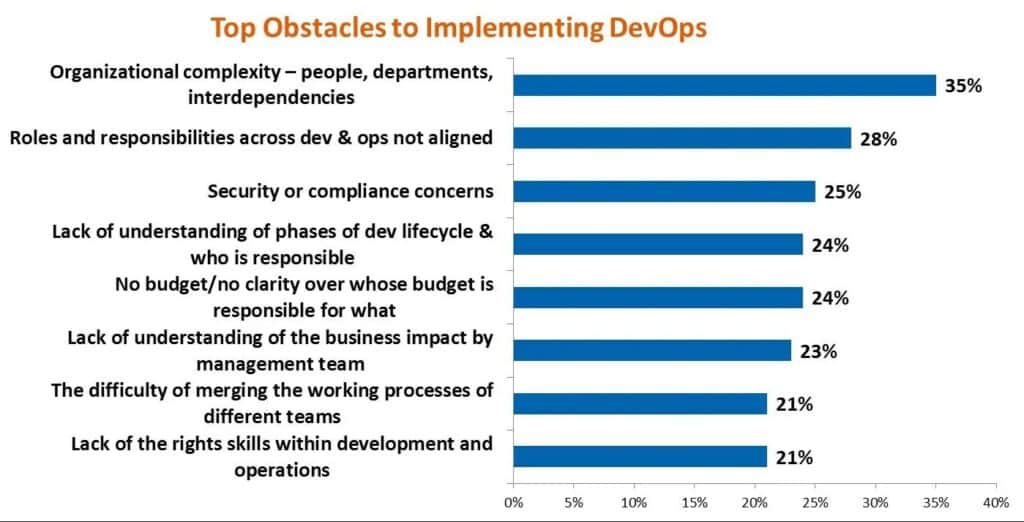 Cloud as the ultimate DevOps environment

When we look at the interconnectedness and the problems identified, the first reaction is that DevOps works best in an on-premise environment. After all, the management lines are the shortest and all staff has the same employer. Under those circumstances, you expect optimal alignment.

Yet we see many DevOps Cloud implementations in conjunction with managed IT. In fact, DevOps implementations in the cloud are the most successful (InfoQ Trends Report), how is that possible? There are a number of reasons for this:

So the biggest challenge for customers is to find a partner that can deliver managed IT support services for a dedicated DevOps environment.

The Cloud / DevOps division of roles

The Cloud solution does not resemble the desired merger into one DevOps team. After all, the DEVs continue to develop and the OPS keep – at a distance – the entire environment in the air. Nevertheless, we can achieve the DevOps ideal via the cloud route:

As a result, the OPS are continuously present in the background to manage the environment and provide support to the DEVs when needed. Many traditional OPS tasks such as Deploy and Release are automated via the Continuous Testing and Continuous Delivery processes. However, to the extent necessary, the DEVs have control over the deployment and release functions so that they can determine who gets access to the new software and when.

Components of IT Infrastructure

IT Infrastructure is a broad concept and in fact, all software, network components, and hardware fall under this heading. Together they form the IT infrastructure.

A Managed IT Support Service organization takes care of the day-to-day management of the entire IT infrastructure and ensures continuous support for:

In addition, Managed IT Support is concerned with developing effective IT strategies.

Components of IT Infrastructure stack

To add some order to this, we often use the concept of Stack. A Stack is an obvious bundle of hardware, Operating system, maintenance tools, development tools, and so on. We know the IBM platform, but also Cloud platforms such as AWS (Amazon) and Azure (Microsoft). These platforms often run different tools with similar functions for that specific platform.

In addition, we know many de facto standards. These are IT components that are widely used and are actually not up for discussion. For example:

De facto standards have the great advantage that we can link platforms without any problems.

DevOps Tooling components as part of the IT Infrastructure

In order to support DevOps, we need tooling. However, there are several tools for every DevOps process, and it is a matter of putting together the right toolset. Bart has written an insightful article Tooling portfolio for ITpedia about this. In that article, he goes deeper into the functionality per DevOps process, the functionality per tool, and the pitfalls of DevOps tools.

DevOps Cloud Components of IT Infrastructure

As mentioned earlier, it is mainly cloud environments that facilitate DevOps. AWS, Azure and GCP in particular have become very big in this regard. They supply standard systems with which DevOps can be implemented. However, this is no small matter, it requires specialist knowledge, but unfortunately, their support is limited. As a result, a new specialist industry has emerged with companies in which OPS Engineers occupy a prominent position. These companies know the Cloud systems and know how to meet the needs of our DEV engineers.

In which areas do DEV-OPS engineers work together?

We encounter intensive and permanent cooperation between the DEVs and the OPS in the following areas:

Components of IT Infrastructure depend on good cooperation

Dev and Ops, forging both worlds into one team isn’t something we can do in one day. It will take some time before the engineers have adapted to their new role and the processes run smoothly. However, by approaching the collaboration in a result-oriented way and by both opting for strong and open communication, a lot can be achieved. The Components of IT Infrastructure are partly a given, but for DevOps they are highly dependent on the DevOps engineering team. Let’s start by selecting a good Managed IT Support Service.

Which Components of IT Infrastructure do we need for DevOps?