Kiki Of Jenifa, Lota Chukwu Opens Up On Beef Between Toyo Baby And Funke Akindele 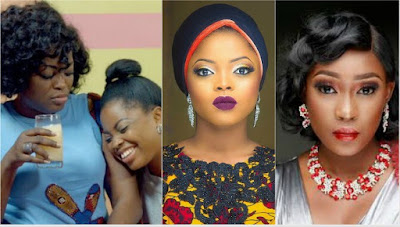 Rising Nollywood actress, Lota Chukwu, famously known as Kiki from Jenifa’s Diaries, in this interview with NetSeries speaks on her relationship with Funke Akindele; the beef between Toyo Baby and Funke Akindele; and her rise to fame as well as her new cooking show.

International YA Translated into Engl…
Top NY Court Tosses Senate Opponent f…
Speaking on her relationship with Funke Akindele, she said
'She is like a mum to everyone on set, she is hardworking and very hands on. In fact, she is like a big sister to everyone'.
She also touched on the simmering beef between Akindele and Juliana Oloyede who played her best friend, Toyo in the series, saying it was just a decision in movie production, in which characters come and go.

'I don’t think it could be classified as a beef. I wonder why everybody is saying that.

Here is the thing, in a typical movie series, characters come and go, it was never a life-long contract. If the character is needed, the character will come back, I am not the producer of the show”
she said ;If you noticed, I had to leave after season five. In fact, at this point, I am very sure if Jenifa could leave, she would leave, but she is the lead character'.
Watch the full interview below;

Kiki Of Jenifa, Lota Chukwu Opens Up On Beef Between Toyo Baby And Funke Akindele